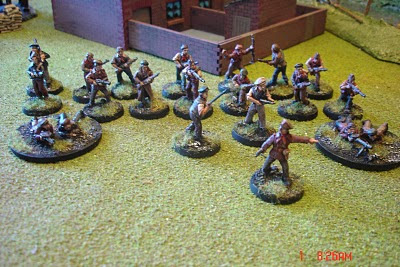 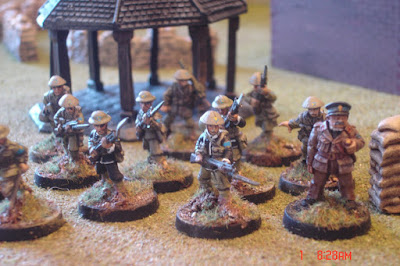 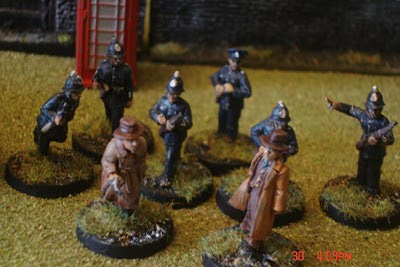 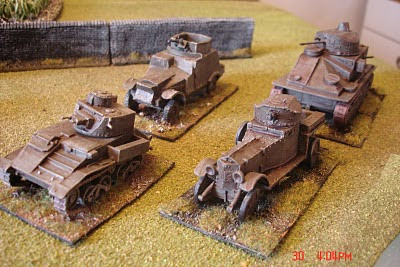 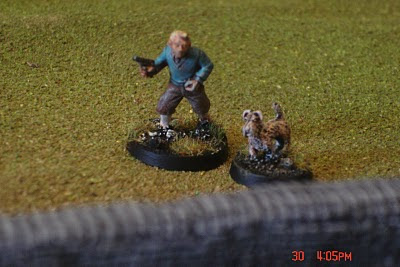 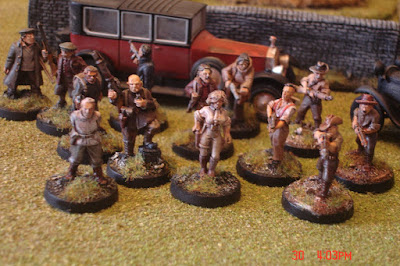 Well after a long period of inactivity thanks to a slipped disc I have managed to finish the first of my VBCW units. The Weardale Rangers are an LDV unit led and sponsored by former MP and local land owner Sir Joscelyn Shuttleworth JP. The unit are equiped with three touring cars that they use for patrolling the roads between Frosterly and Alston. Ostensibly royalist they might show their true colours as my storyline evolves. I've also finished a section of local Police and some socialist militia. I've completed my Anglican League Wolsingham School cadet force, complete with a mixture of battledress and blazers (coincedentally the name of their monthly newsletter!) led by their redoubtable CO who is also the school chaplain (pictured). Finally, I have finished a couple of tanks and armoured cars, together with an improvised portee. As usual I probably have too much armour, but what the hell! They look good. Also pictured is a certain Belgian reporter and his dog. All I need now are figures to represent Captain Haddock and the Thomsons! Next up will be a couple more lorries and some regulars together with more militia when they arrive from Musketeer.
By Colin Ashton - May 11, 2010