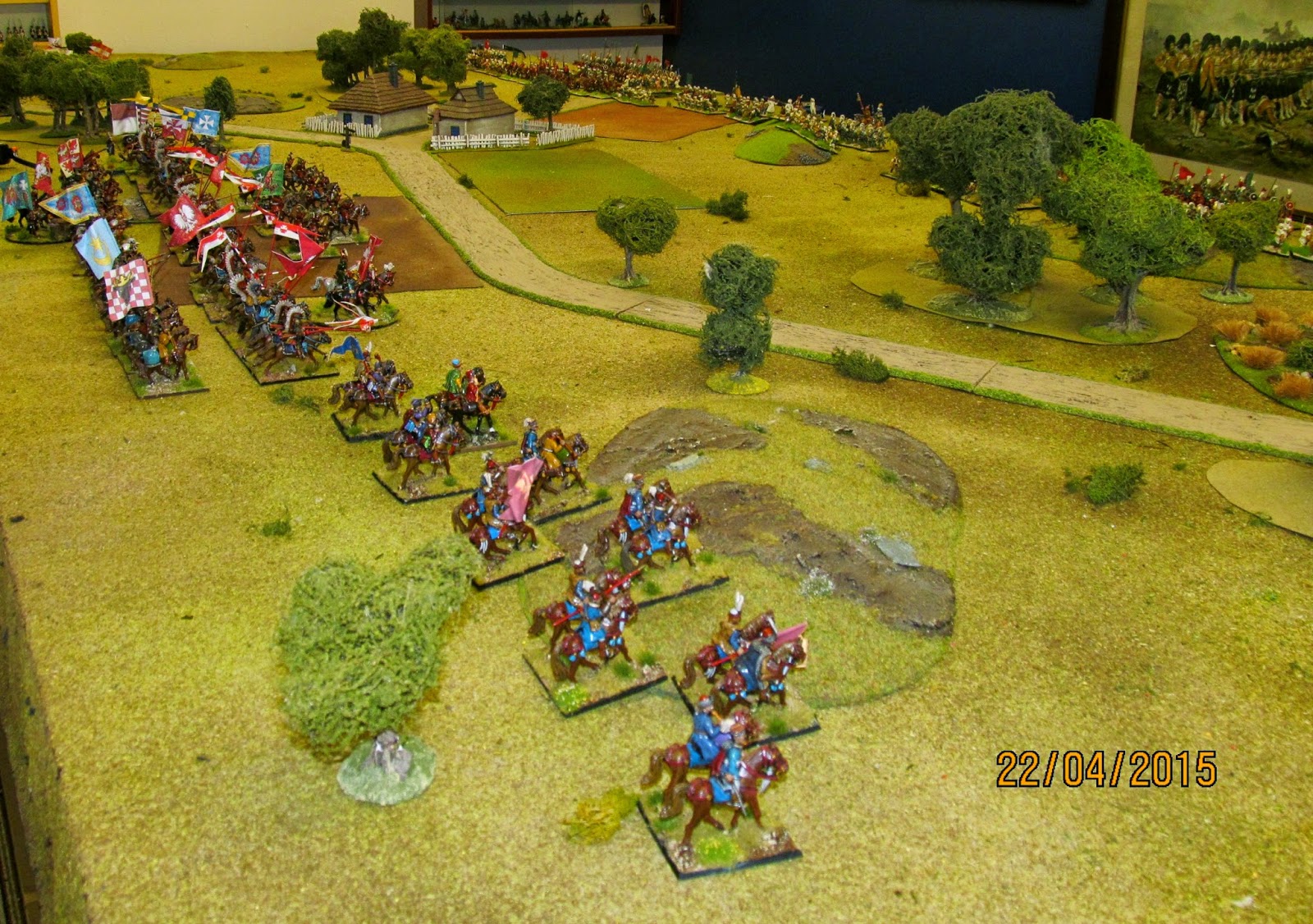 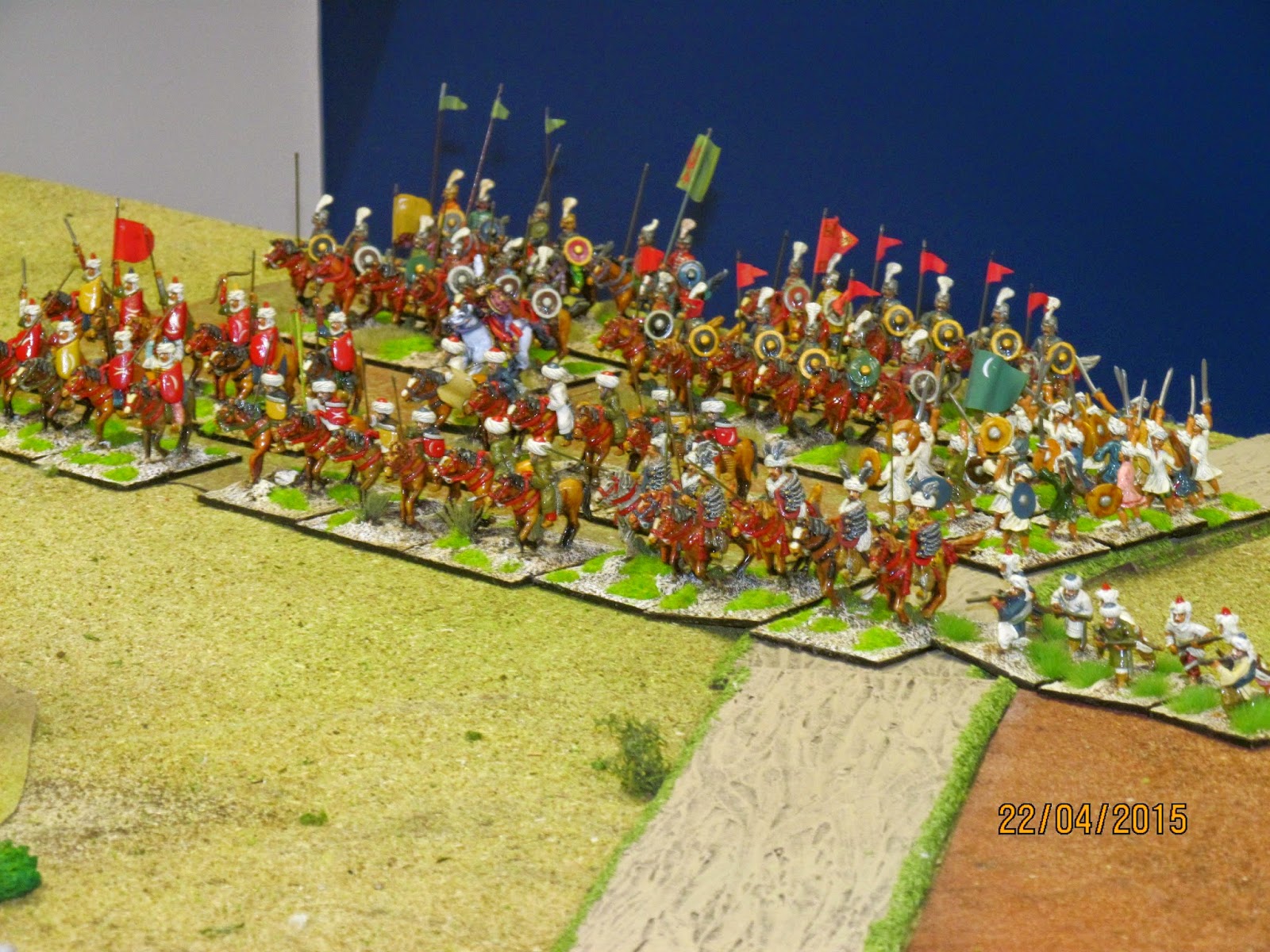 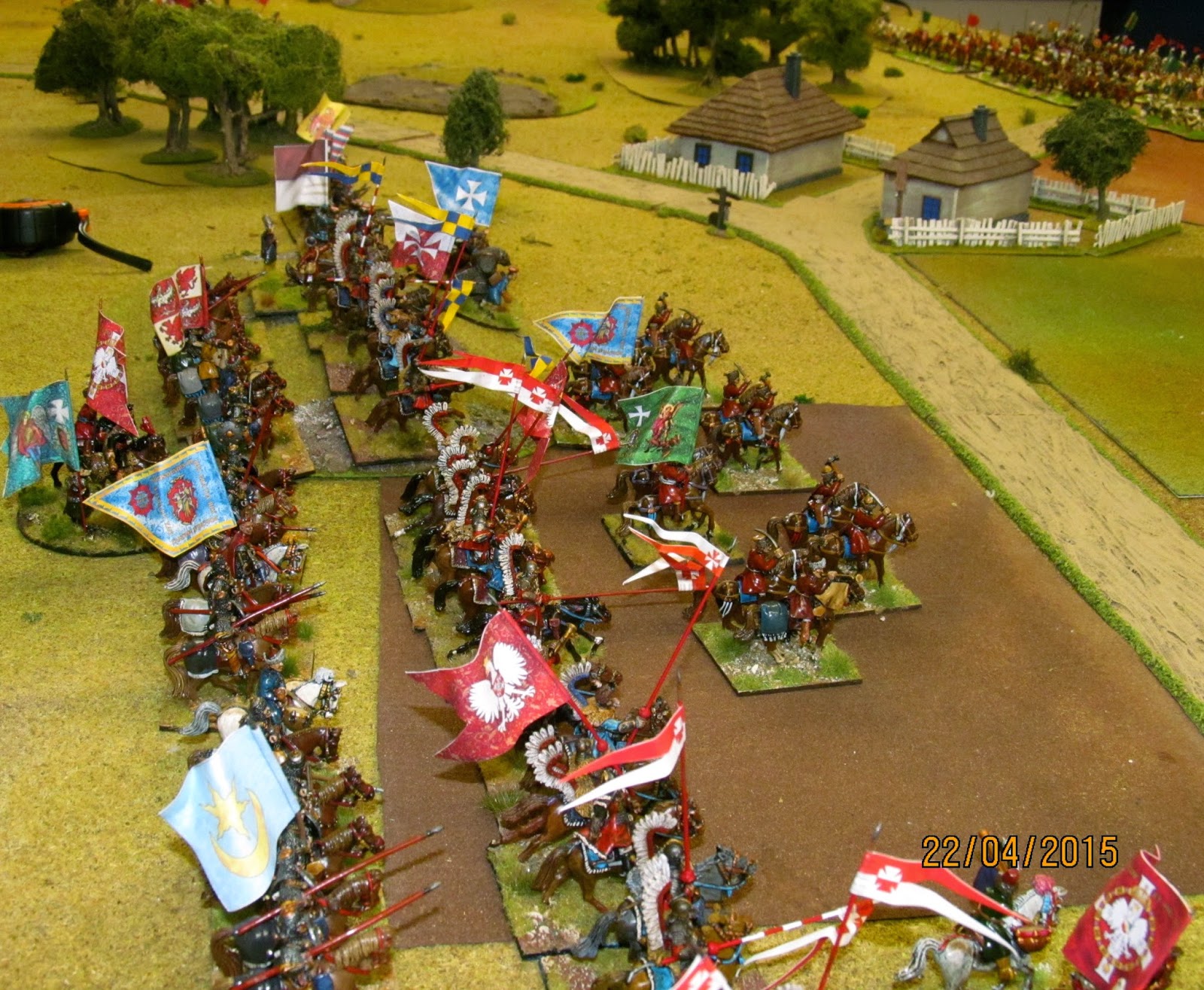 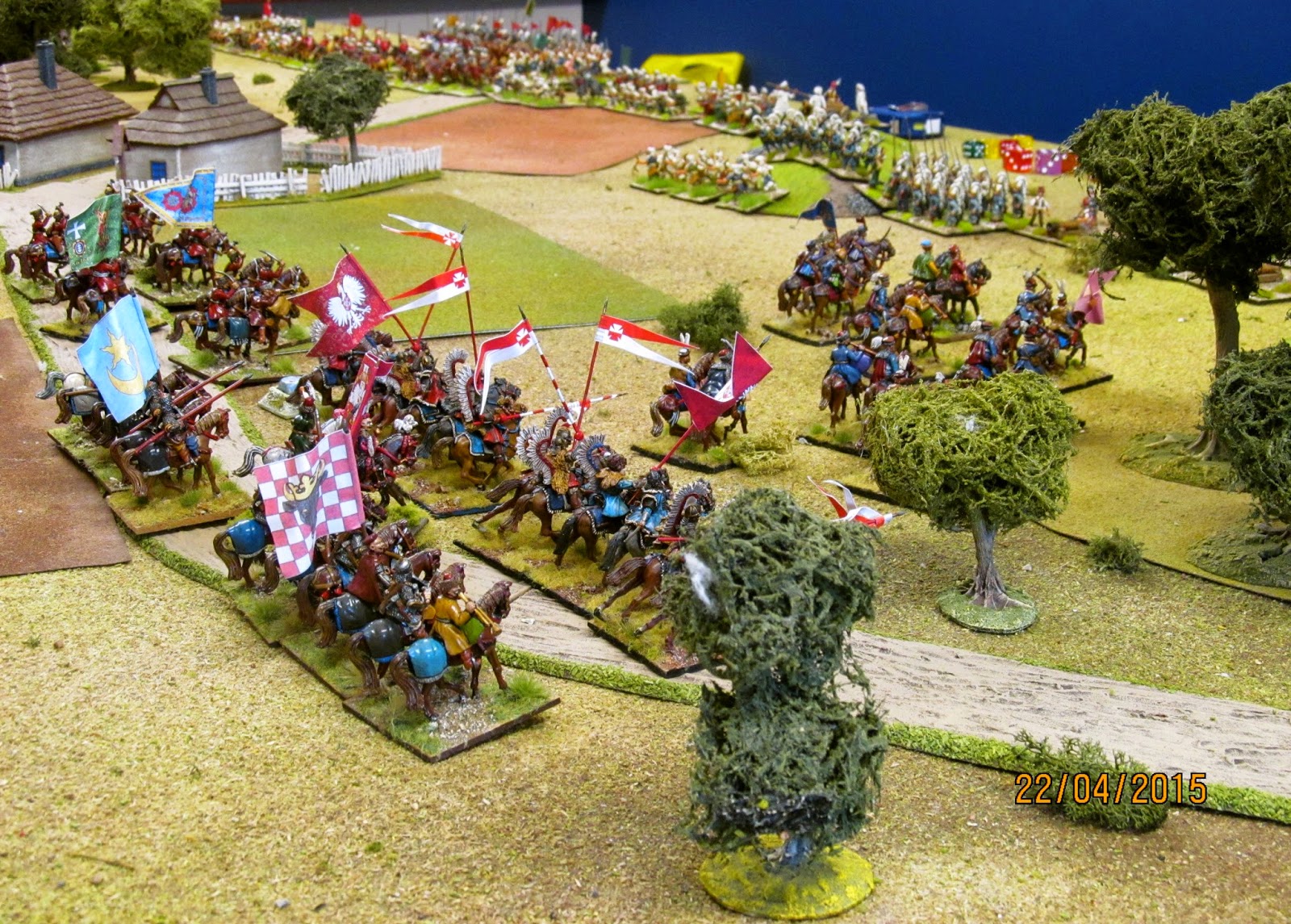 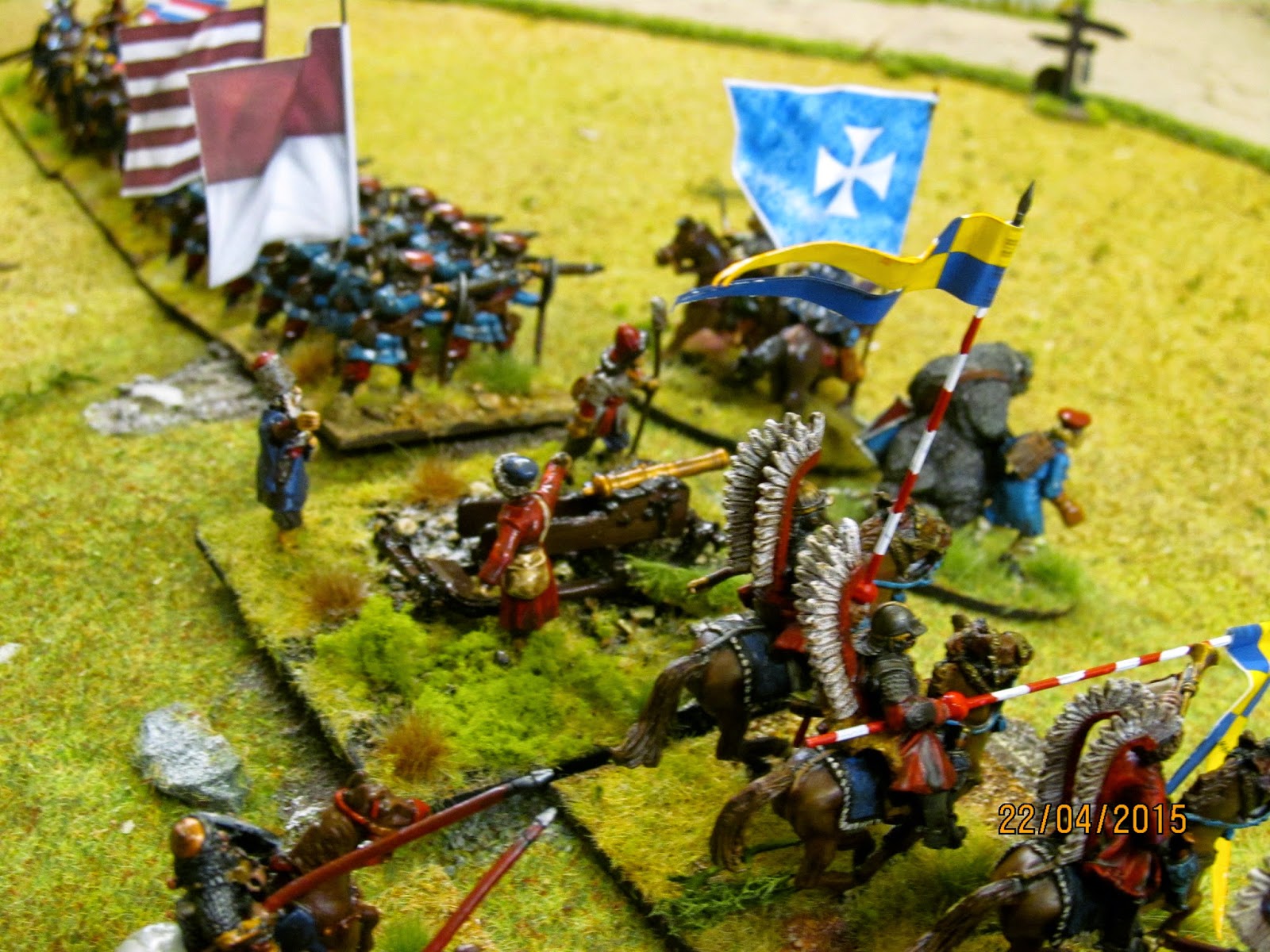 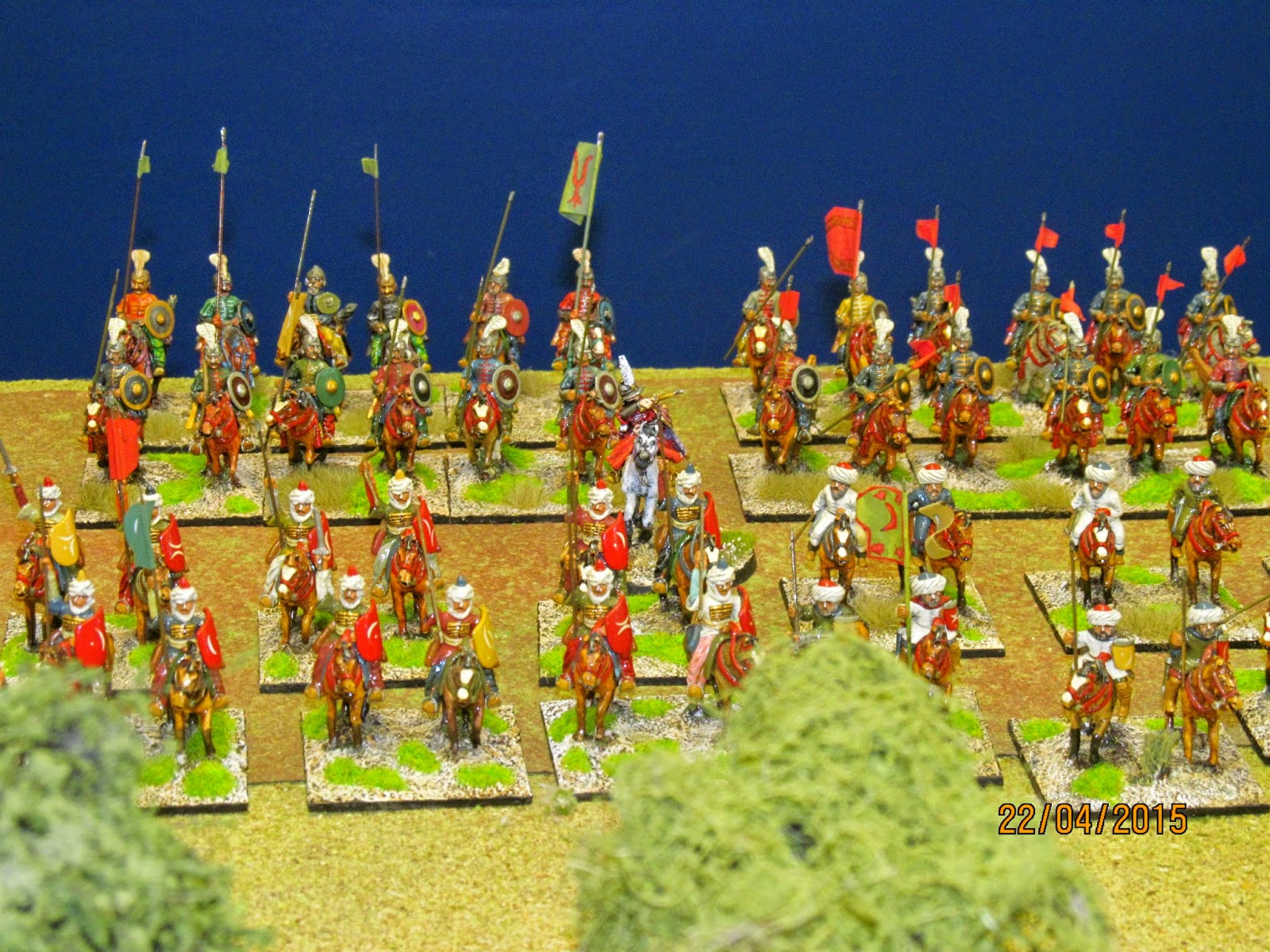 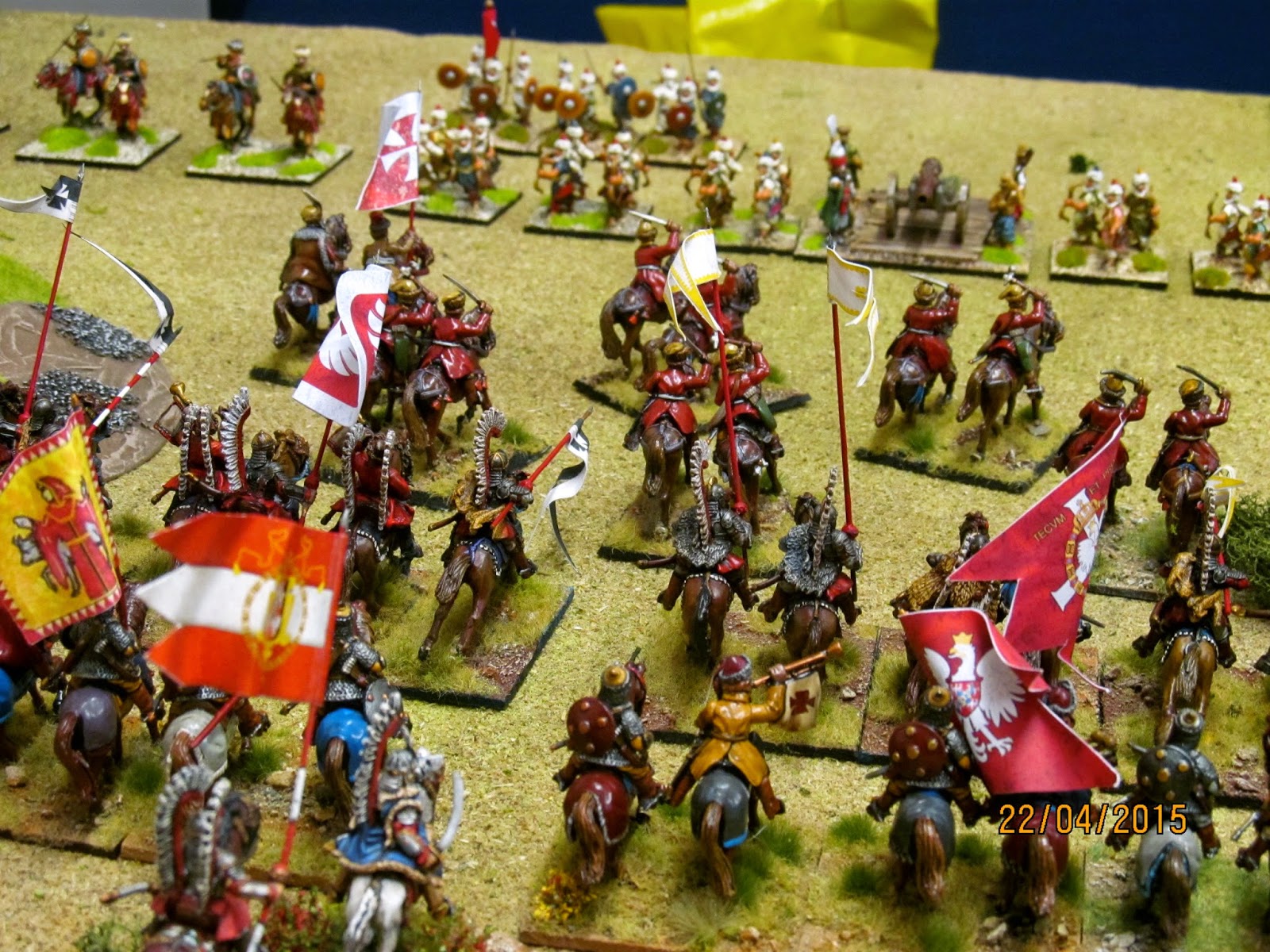 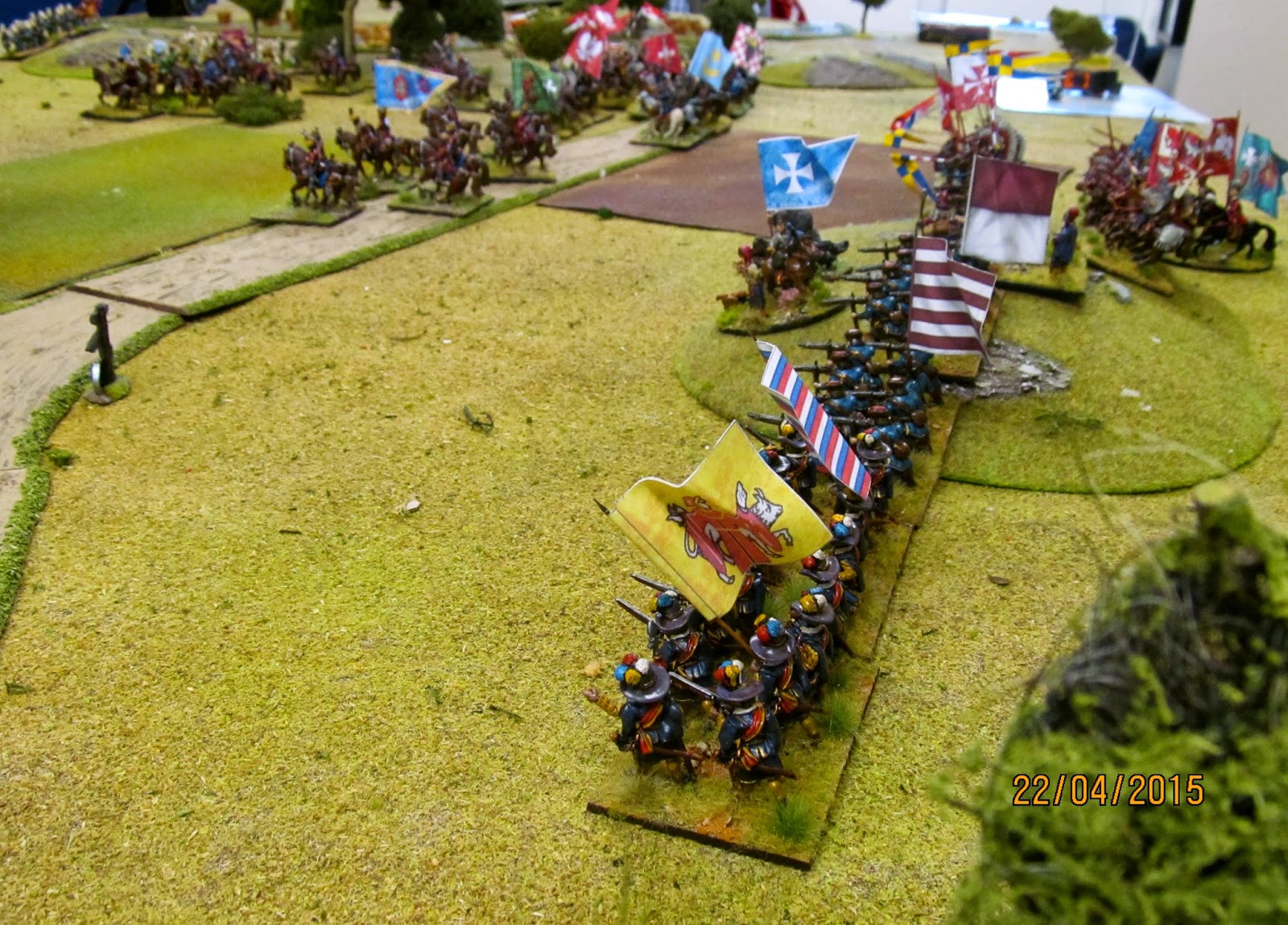 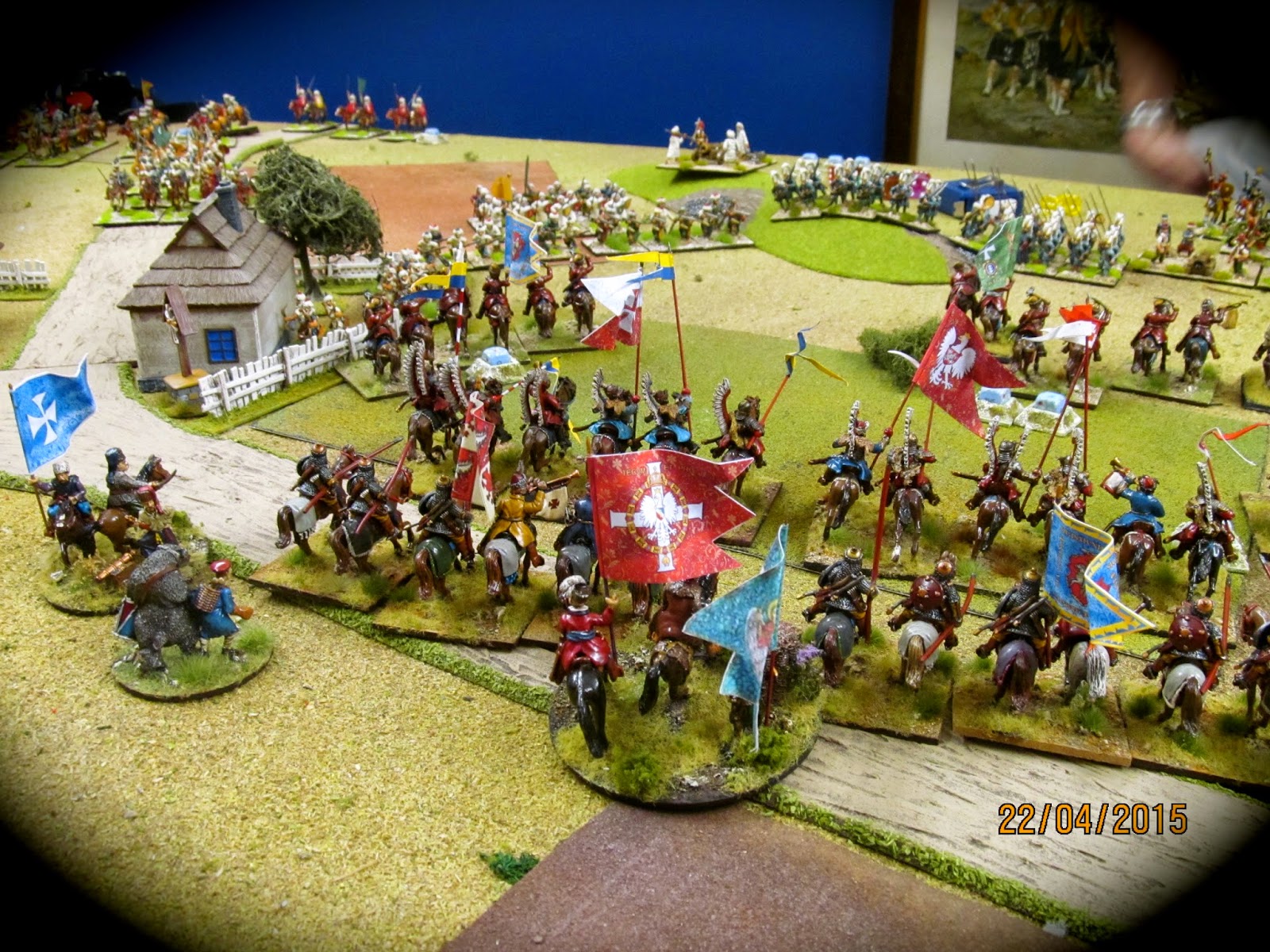 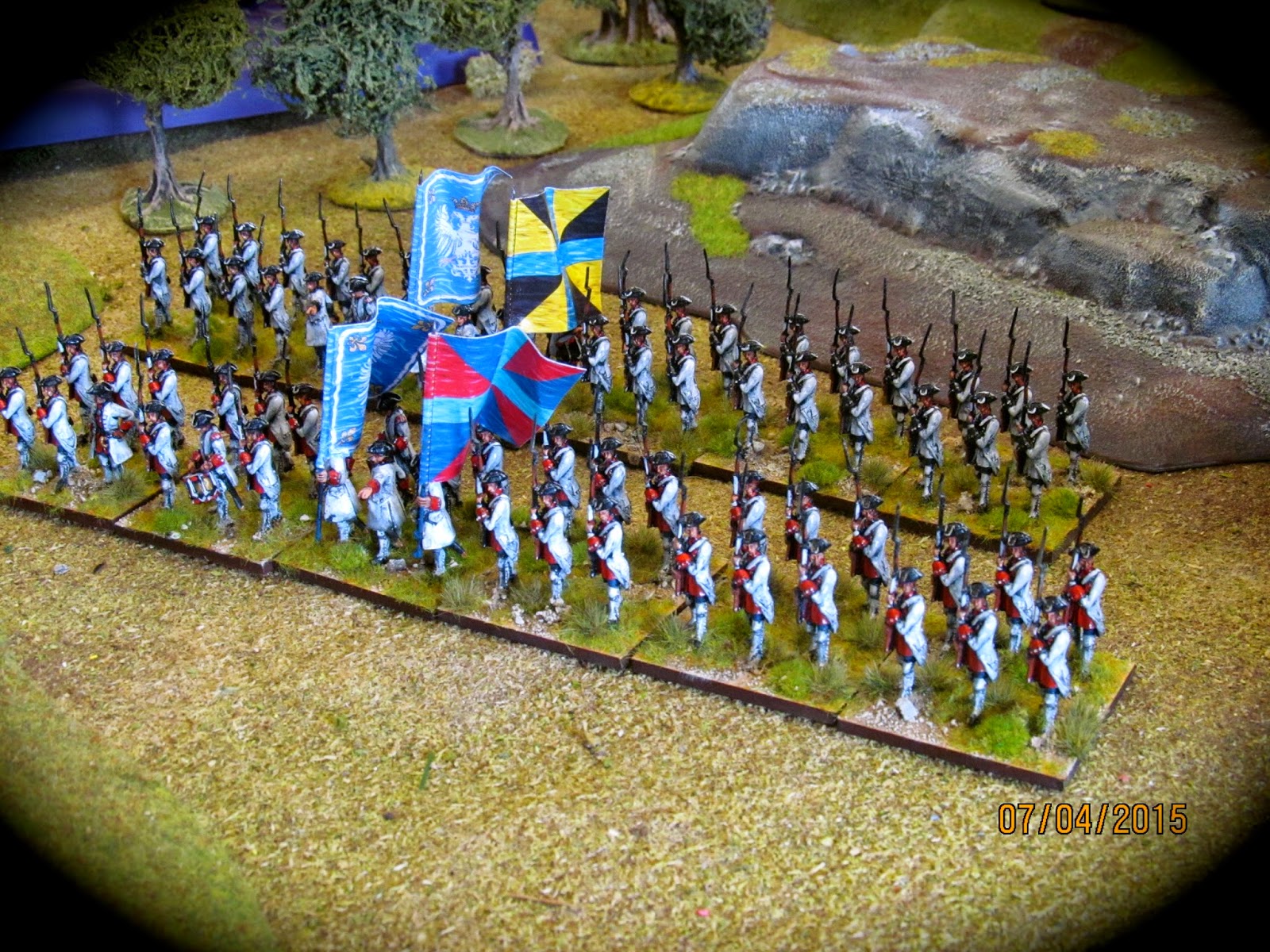 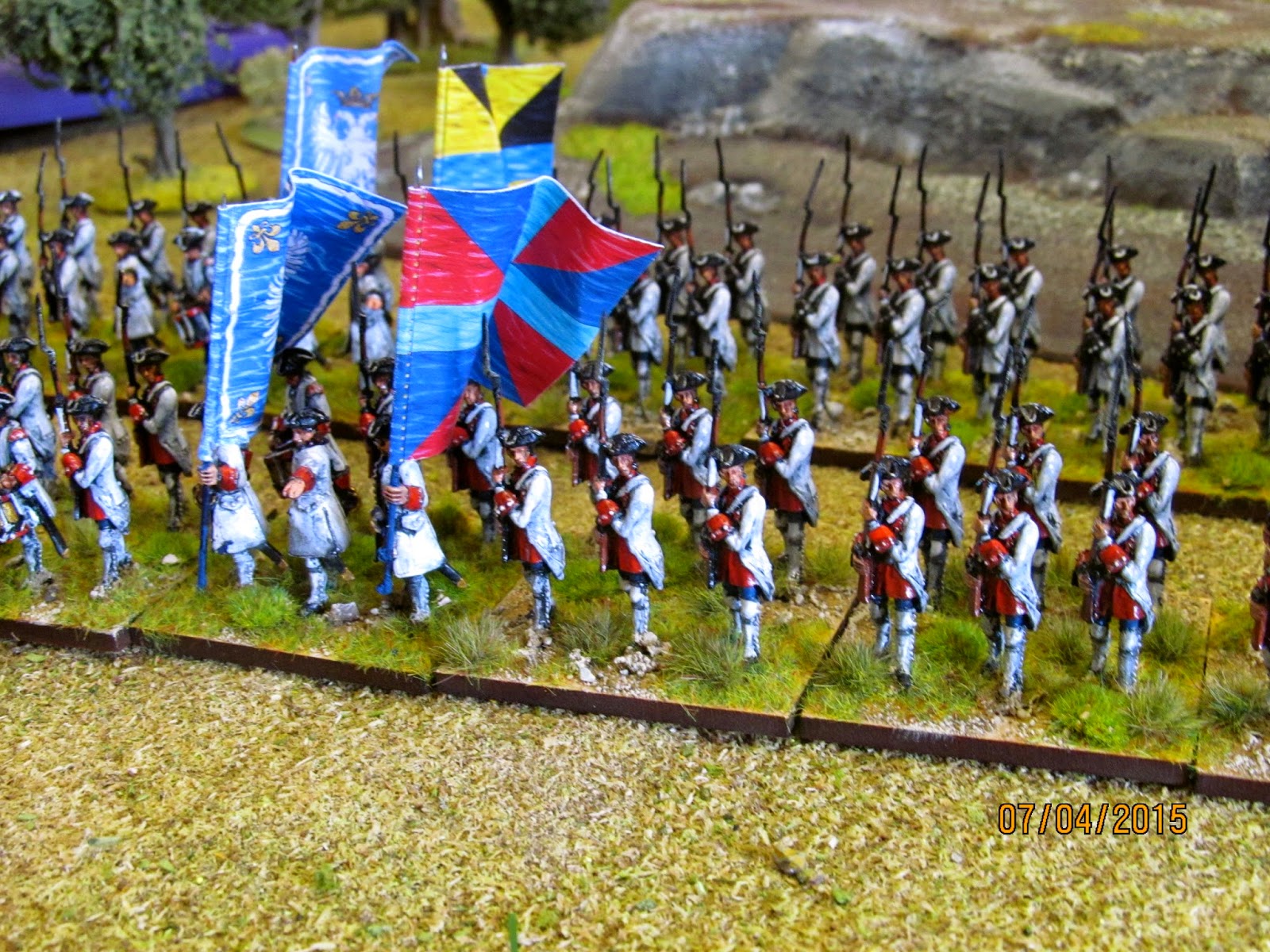 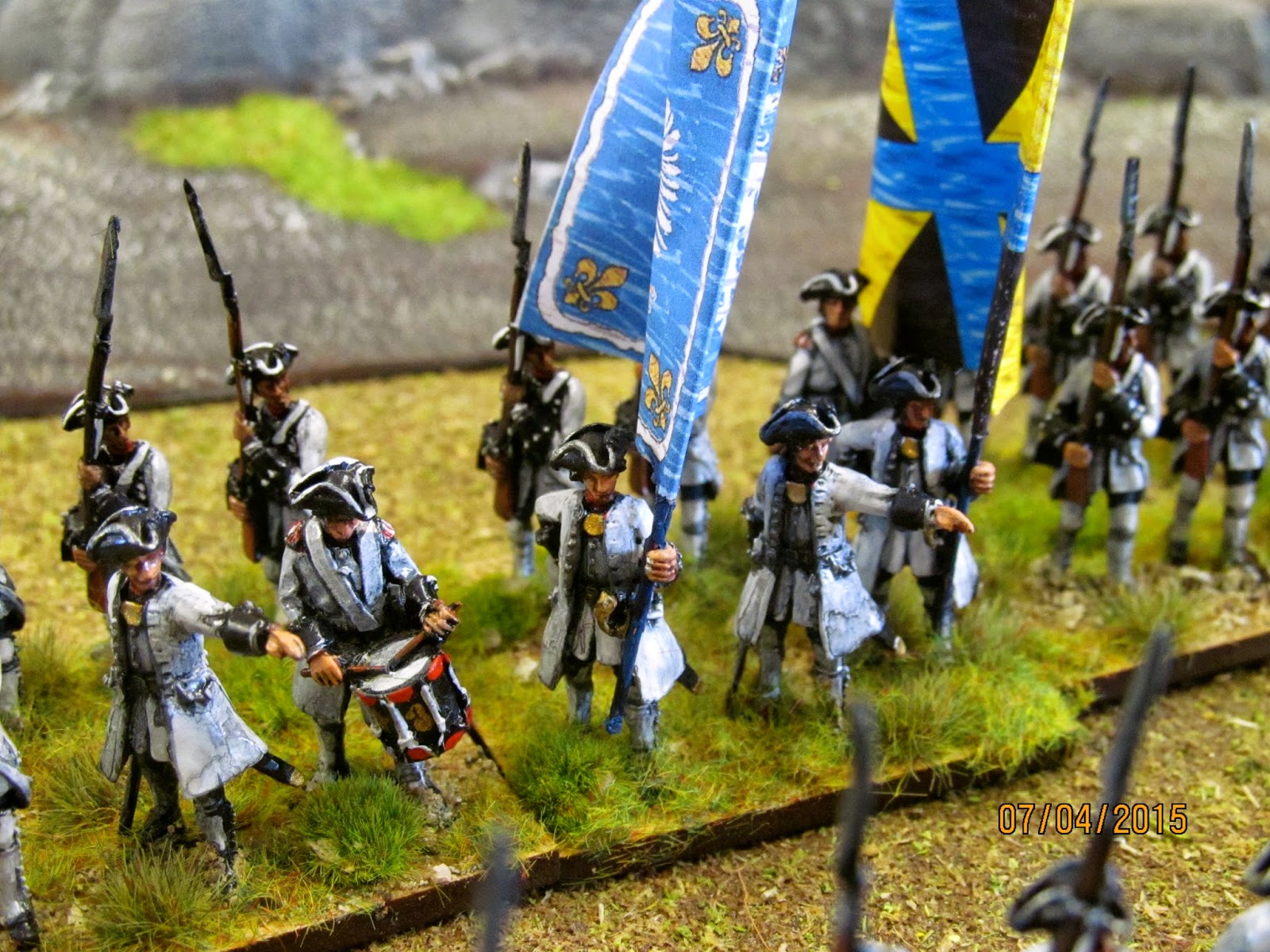 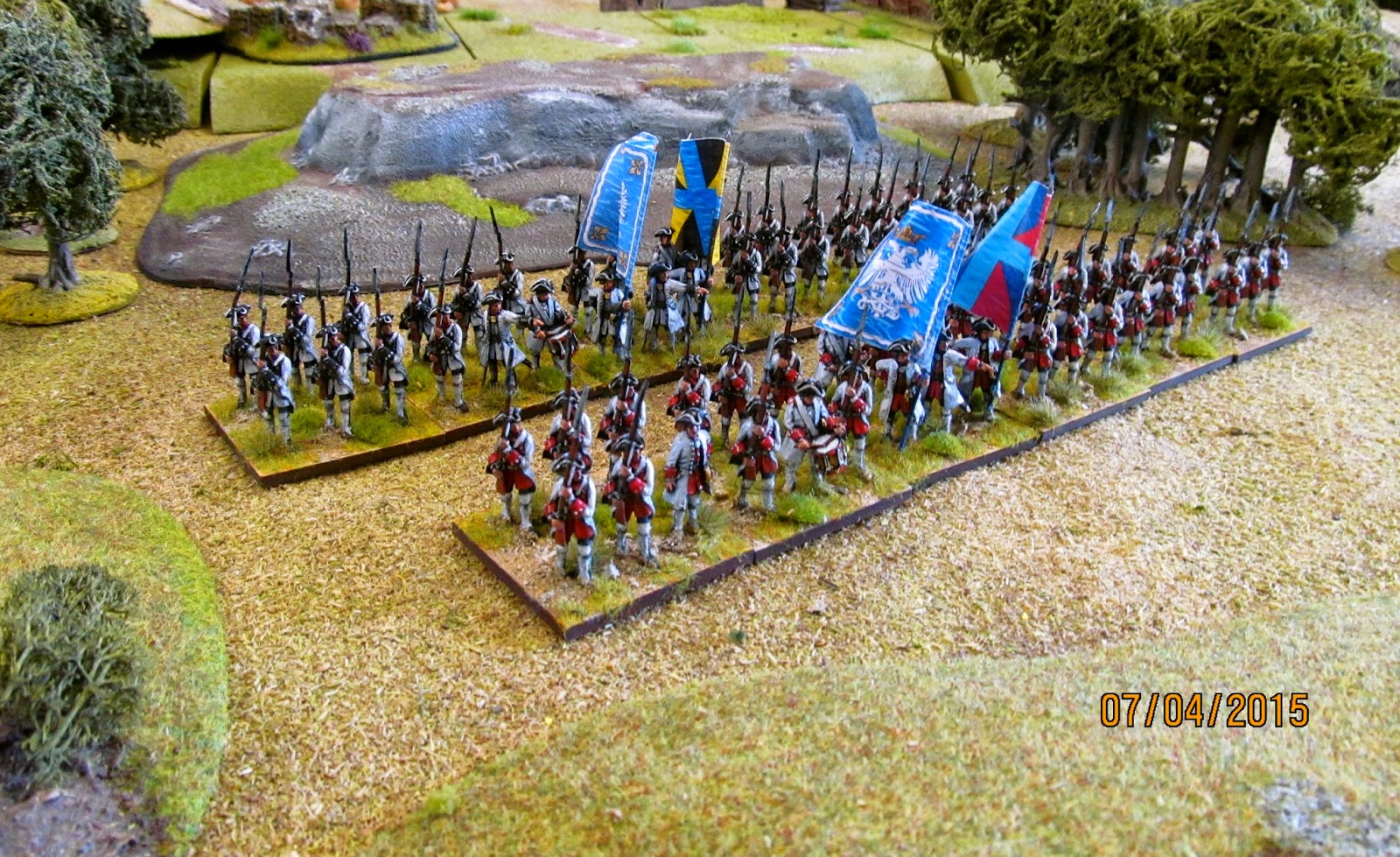 The fog of war - Lobositz re-edited with some weather. 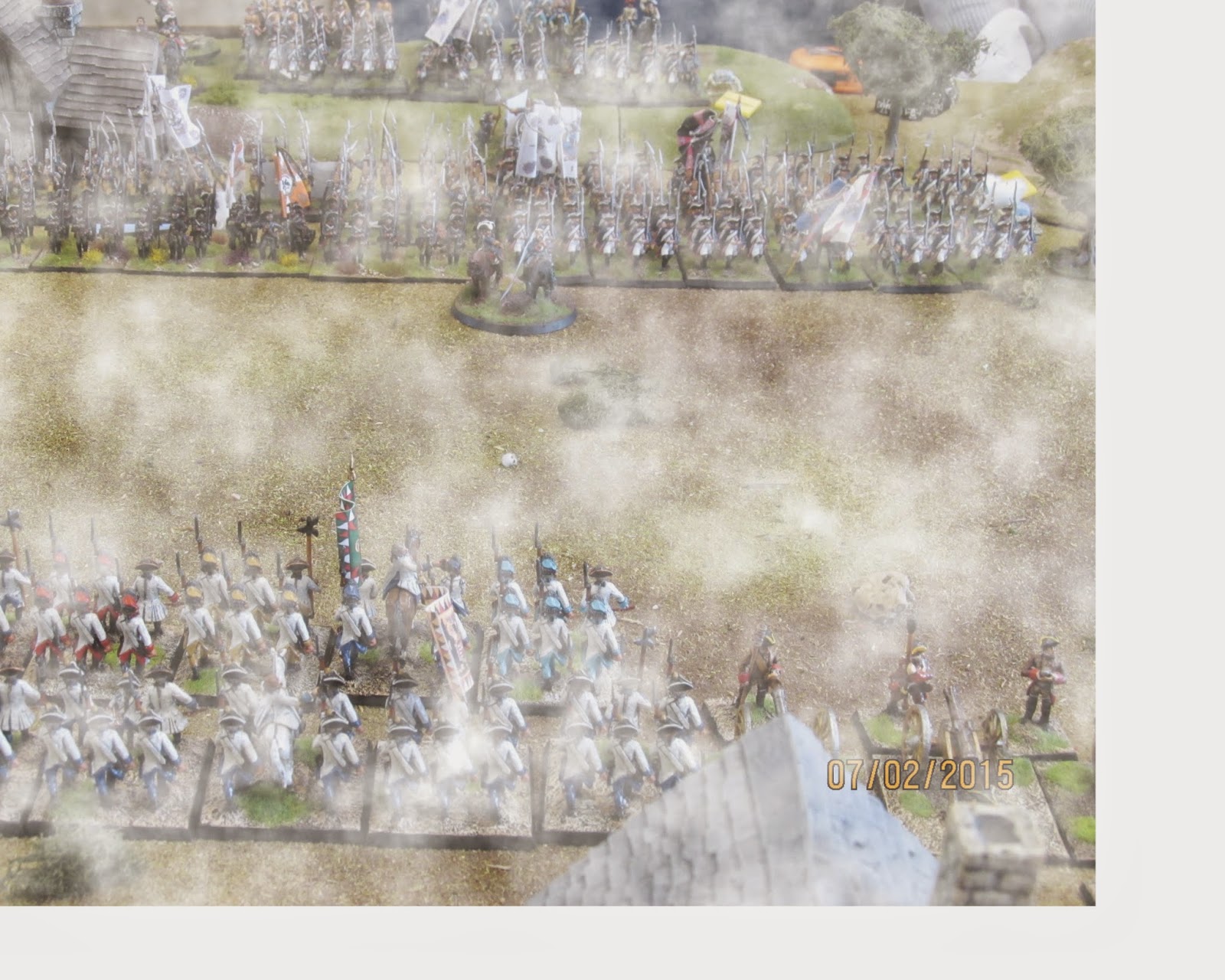 The start of the Battle of Lobositz began with many of the Austrian troops and especially those on the lower ground shrouded in an early morning mist. So, after some fiddling on my Mac I got the above result.

I've been working on some more of my own Austrians, mainly Front Rank with some Hinchliffe, and I will post some photos in due course.
By Colin Ashton - April 04, 2015 No comments: