Events leading up to the Battle of Pornichet

Day 2 (turns 3 and 4) of the campaign saw the French gather their forces from St Nazaire and other nearby garrisons in order to launch an attack to recapture Pornichet. The Division from Nantes is also mobilising but will take several days to arrive on the scene. The 'Allies' have continued landing stores and have sent a small force of English troops (a single battalion of infantry) to take the town and fort at Pouliguen at the western end of the bay. The garrison had departed but the coastal battery was taken without a shot being fired. In turn 4 they continued towards Batz with the objective of taking Le Croisic the following day.

Mid-morning on Day 3 (turn 5) sees the arrival of the Republicans.

Facing the Republicans are a combination of British, Emigre and Vendee troops.

The game today has had to be postponed due to sickness ravaging the man cave. Anyone with a working knowledge of French may find the names of the Republican commanders and the Chouan leader amusing.
By Colin Ashton - January 31, 2018 8 comments:

I have almost completed my first ship from Games of War, an unrated RN cutter. The cannon are from Arcane Scenery and the crew are a mix of old Redoubt and Britannia I think. I doubt such a small ship would have any marines in its complement but they add a splash of colour. I have a couple more crewmen to finish and I'm going to try and fit it with some furled sails. I have some swivel guns to mount, but my priority was to get this one table ready for Wednesdays game. 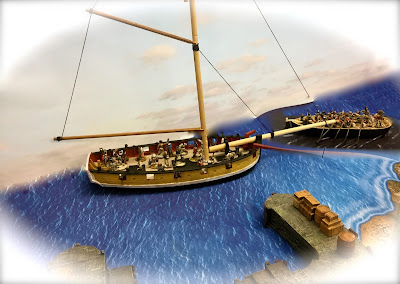 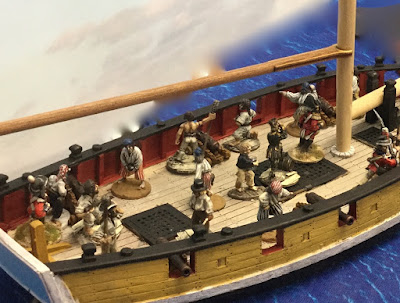 Once I have enough troops and a couple more vessels such as these then they can also be used for my War of 1812 project if it gets going this year.
By Colin Ashton - January 29, 2018 7 comments:

Given that I shall be making all the strategic decisions for both sides (or is that all four sides?), based on what I think will be/are appropriate movements and reactions to the enemy I've simplified the map movement aspects I am using for this campaign, by allocating a single movement point between each town or village, taking into account terrain and distance on my rather inaccurate map. Movement is only allowed via roads, or sea in the case of the Rosbiffs.  Each  represents a point of movement that must be expended to go between ‘A’ and ‘B’, in this case between any town/village and another. So , for example Pornichet to St Nazaire takes the British one turn and the others half a turn. The different belligerents have been allocated different numbers of movement points per turn, as follows:

Hopefully the irregulars won’t end up zipping around the countryside too quickly but I want to reflect their ability to slip away from the enemy if things start going badly. Likewise the British (and their Emigre Allies) were not the well-oiled military machines (?) of the later Napoleonic Wars and campaigning in Flanders during the previous couple of years had hardly been notable for speedy strategic manoeuvring. The Revolutionary French have an advantage here of being far more mobile. I am not using an IGOUGO approach to movement (that would be an IGOIGOIGOIGO as I’m doing this solo) but will draw tokens from a bag to get the move sequence, moving each group in turn when their token is drawn.

Turn 1 (the morning of Day 1) starts with a small British/Emigre contingent landing to support the local Chouan/Vendee forces in the capture of the small coastal town of Pornichet as a precursor to a landing by the main body on the beaches to the west of the town. Pornichet has been chosen as it has a small serviceable harbour which will facilitate the disembarkation of horses and artillery. The British/Emigre force needs to deal with the coastal battery and the telegraph tower quickly before occupying the town otherwise enemy reinforcements will start arriving from nearby garrisons (they will arrive anyway at some point, no doubt about it actually as the landing did not go unobserved), while the Catholic and Royal Army (the insurgents) attempts to delay the arrival of the aforesaid reinforcements.

Peter came down the hill on Saturday evening to play, armed with counter-revolutionary fervour and some nice craft beer, and took the role of commander of the British/Emigre/Vendee forces, the Emigre Comte d'Hervilly. To recap, the British/Emigres have landed a small force of two Emigre battalions, a small battalion of Emigre Chasseurs and a British battalion of combined flank companies. In addition to this are 10 ‘bands’ of Vendee Rebels. By contrast the Republican forces are initially quite limited. There is a battery of coastal artillery in the fort, together with an understrength and unenthusiastic battalion of infantry under the command of Chef de Battalion Aubin Didon. In the town, by chance, is a battalion of experienced infantry en route to its new posting ( this was one of two random events that influenced the game from the start). Two randomly generated (a bit like wandering monsters in D&D) Demi-Brigades of infantry (one newly raised Conscripts) under General Adhemar Patacaisse are potentially close enough to reinforce the garrison, but we don't at this stage know when and where they will appear. The second random event was the appearance of a supply column heading for the port, escorted by two squadrons of dragoons.

At the this point, time and the beer had run out. The Counter Revolutionary swine backed by their Aristo and Shop Keeper allies had achieved their objectives by capturing the tower, battery and harbour. An added bonus was the capture of the supply column. Casualties on both sides had been relatively low, and most of the fleeing Republicans will reform later in the day, perhaps.

Turn 2 (from noon to midnight) will see the Royal Navy disembark the rest of the Emigre invasion force, another battalion of English infantry and some artillery. Work will then begin on reinforcing and extending the coastal battery with an additional earthwork which will be manned by sailors from the fleet. The Emigres will no doubt spend the rest of the day rounding up, judging and executing known (or suspected) revolutionaries,  such as the mayor, or anyone else whom they had a grudge against in the past. The irregular forces have also made use of the arms and supplies captured in the convoy but apart from a few patrols along the coast to the west and east towards St Nazaire have done little other than bask in the glory of their victory. Already their leaders are at odds with the commander of the Emigre forces over what move to make next.

The Revolutionary forces have retired to regroup, and await reinforcements from St. Nazaire and elsewhere. It remains to be seen what troops they will have gathered together before the demands of Citizen Maldetette from the Committee for Public Safety are heeded and the invaders attacked and thrown back into the sea.  But you will have to wait until later this week to find out what happens, after the next game which is on Wednesday.
By Colin Ashton - January 29, 2018 11 comments:

We found this when digging out the cupboard in the top of the house. I must have been given it for Christmas or a birthday when I was maybe 6 or 7? Over half a century ago! 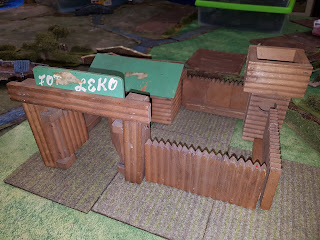 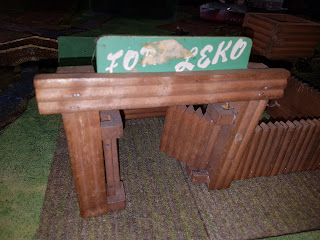 I can remember many an assault on its solid ramparts by a mixture of Timpo and Britains soldiers. More recently, i.e. when I was perhaps 11, I recall laying the walls flat and using the raised bases as a breastwork in early Airfix ACW or WW2 (or both combined) games with my mate Jeff Wood. Its remarkable that this fort has survived five decades, several moves and a house clearance when my mum passed away without being skipped. Mind you, being retired I might finally get to feel the joy that hundreds of Apache braves, Mexican bandidos, unrepentant Confederates, Nazis and the odd alien never had by consigning it to the flames.
By Colin Ashton - January 22, 2018 10 comments:

Messing around in boats

I've already posted pictures of my Royal Navy flotilla but as I am in the process of setting the table for a final game before we move I thought I'd snap a few quick shots of them edging their way towards and unsuspecting French port. 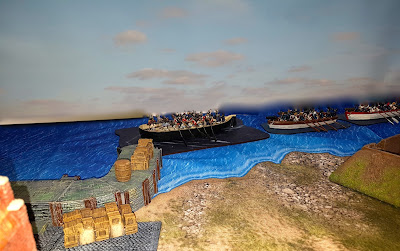 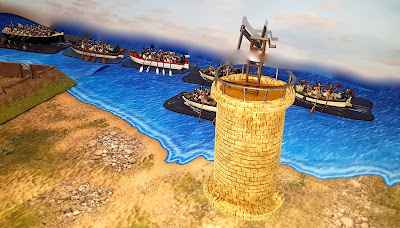 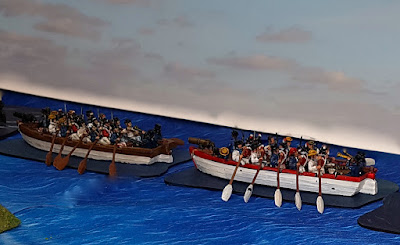 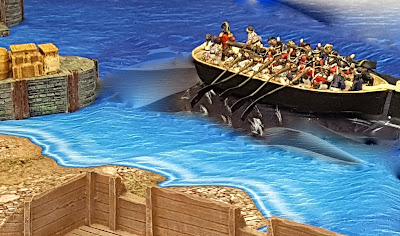 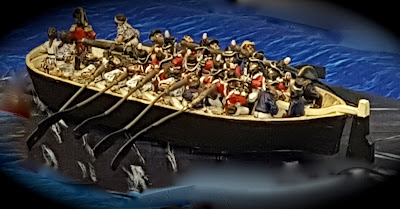 In addition to the above I have a further oared gunboat and four more landing boats in the queue, together with a couple of small sloops from Games of War, so quite a fleet!

From Reason to Revolution - what could be an interesting day out. 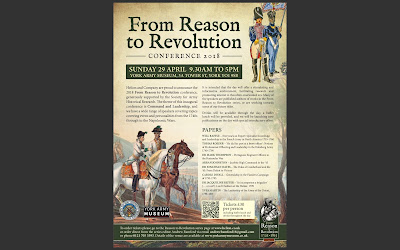 Apologies for the small picture but this is the link http://www.helion.co.uk/events/from-reason-to-revolution-conference-2018.html

The sessions on Flanders and the Helder campaign are of particular interest to me so I am hoping to go to the event as its only half an hour on the train once we've moved to the 'Boro.
By Colin Ashton - January 20, 2018 4 comments:

They're coming thick and fast!

I've been laid up most of today having done too much yesterday, hence this post showing some more emigres for my French Revolution project. 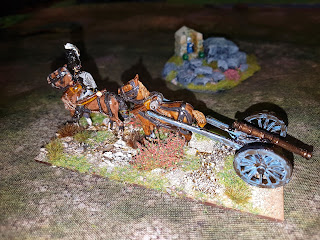 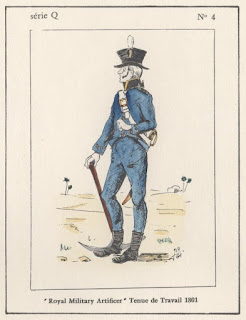 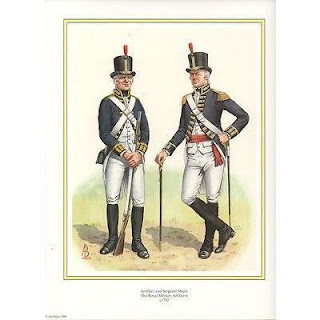 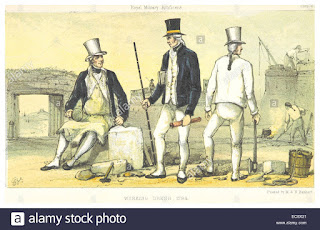 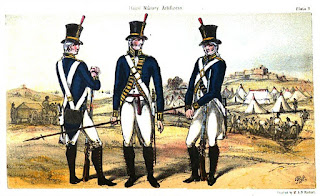 We are moving house on 2 March so I have been making a vain attempt to box things up, throw out unwanted stuff or put it on eBay, or trying to finish off what’s on the painting and basing desks so packing up and moving will be easier. (I wish).

The units below (like those Prussian cavalry on one of yesterday’s posts) are finished but require their bases doing. Just in case I don’t get round to them they’re already boxed up ready to travel. Again, hasty photos using my phone but I think you will get the idea. 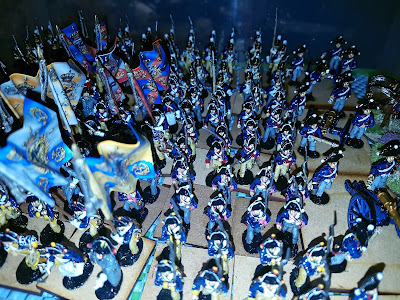 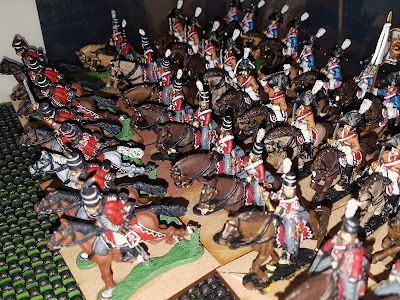 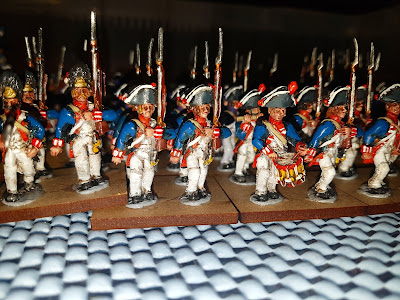 I doubt any of these will get based before we move, if only because I will need to buy some more tufts and static grass if I am to get them and about half a dozen other units all done and battle ready.