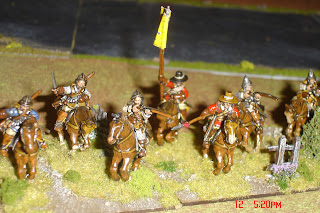 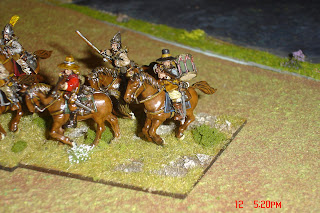 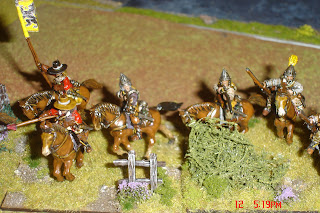 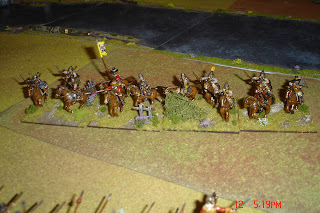 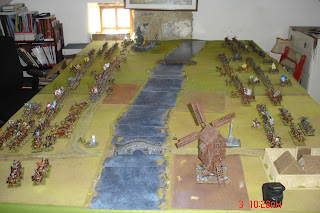 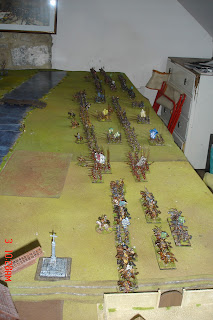 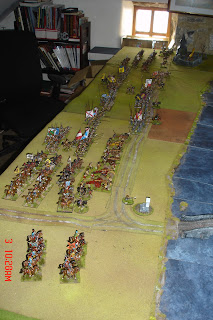 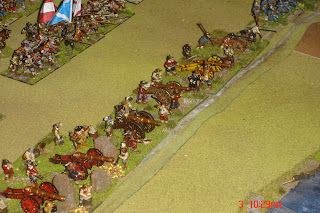 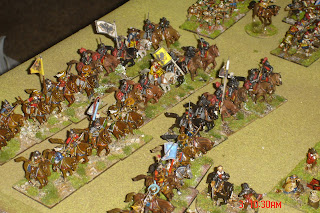 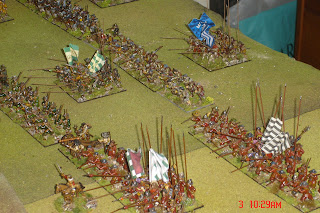 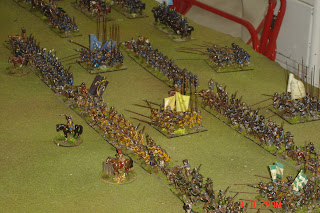 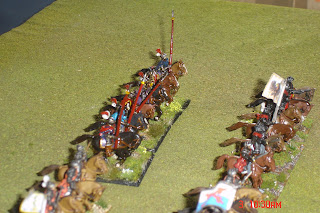 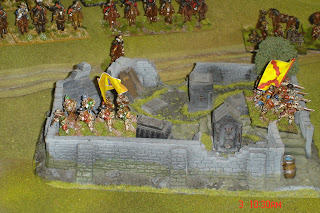 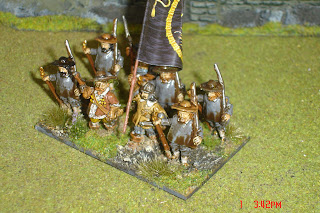 Well, as the title suggests, I've just about (95%) completed my Swedish and Imperial forces for my TYW project, so here are some photos of both armies arrayed for battle. Not that they will be able to get at each other over my new scratch-built river. I pinched the idea off another blog and am very pleased with the end result. Clearly I've  gone OTT again but not a bad result for the last 9-10 months. I have promised myself I won't start anything new until the summer, but that won't stop me from adding to existing projects and getting stuff finished.......
By Colin Ashton - March 17, 2013 2 comments:

Battle for Warsaw (in Polish) 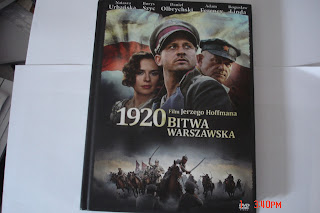 I picked this DVD off Amazon recently. It tells the story of the Russo-Polish war in 1919-20, in particular the campaign leading up to the defence of Warsaw. It's in Polish but has English sub-titles and instructions and is rather good. It has lots of quite realistic i.e. gory, action, cavalry charges, aeroplanes bombing Marshal Budeny's 1st Cavalry Army, fatalistic White Cossacks, bullying Commissars, Bolsheviks with bad teeth (or no teeth), FT17 tanks, silly armoured cars, and mass bayonet charges into the face of machine guns (by both sides but the Poles have an heroic priest to urge them on, cross in hand, till he gets killed). The main female lead is quite hot too! I enjoyed it and it got me thinking about adding to my Russian Civil War armies with a Polish contingent. We shall see.
By Colin Ashton - March 17, 2013 No comments: 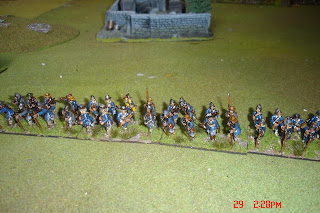 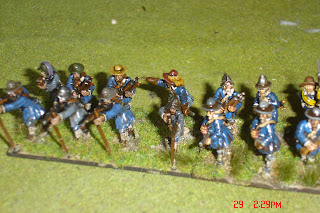 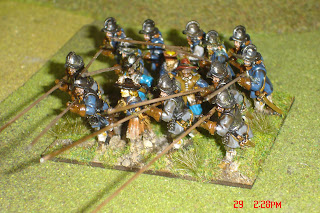 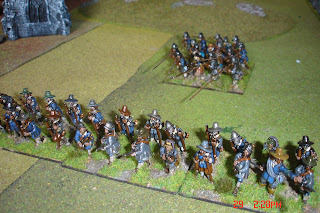 After quite a spell of not being very productive I have suddenly finished several more Swedish units. Pictured above a four bases of commanded shot (mainly TAG with a few 1st Corps and Empress thrown in) and a full brigade/regiment/whatever of Swedish foot TAG and 1st Corps). The flags are on their way stuck in the post somewhere but I plan to do this unit as a native Swedish regiment rather than a German one. I really do need to stop and take stock of exactly what I have produced over the last nine months, for example I now have six 'Swedish' brigades and two of Saxons, 5 squadrons of Saxon/Hessian horse, 9 squadrons of Swedish/Finnish horse, plus commanded shot and about eight light guns. Enough for anyone I am sure..........?
By Colin Ashton - March 12, 2013 No comments: