The German War of 1866 Returns to the Burrow.

Spurred on by the arrival of the new Perry plastic 1866/1870 Prussians I thought this week’s game should act as a kick up the bum for me to finish the unusually for me not too numerous figures I have in the lead and plastic mountains for this period. We shall see…..

Anyways, Conrad, Richard, Neil, Nigel and Paul arrived not knowing what I had in mind and were launched into a wholly fictitious and probably unlikely scenario set in the Western theatre of war, with Bavarians, Hessians and a few Austrians were trying to hold up the advance of a mixed Prussian and North German Confederation corps to buy time for the rest of their forces (VII and VIII Federal Corps) to concentrate and then overwhelm the outnumbered Prussians. Mmmm?

We used Black Powder 2 with several house rules better to reflect the nature of the tactics and weapons of the period and the character of the troops and their commanders. Not saying they’re right but they are more satisfying than using BP2 as writ.

I think it was a pretty good game. Asymetrical sides and also armies able to exploit their areas of superiority, eg the Prussian Needle Guns versus the superior Austrian artillery worked out ok. Richard and Conrad did well to slow down the Prussian advance and did so long enough to secure their main strategic victory condition, even though tactically they had lost three out of six brigades and were therefore going to have to retreat.
I think my amendments worked quite well, but I may revisit the ranges (which may have been extended too far) and troop characteristics. Either way, both sides stuck to the tactics of the period as closely as they could, and the Prussian reserve artillery barely made it into action which is an accurate reflection on their performance in 1866.  I just need to work out how to depict the thick skirmish screens used by the Prussians but I think I'll use the Perry plastics for this as a cheap option. Black Powder as always gave us an enjoyable if not always perfect game, but everyone was playing the period rather than the rules so it all worked out rather nicely. The figures used are a mixture of old Foundry, ex-Helion North Star 1866, Irregular and some American firm who produced the figures used for the Hessians who's name escapes me it was so long ago that I bought them.
Next time I shall put on yet another different period, but what......?
By Colin Ashton - August 27, 2021 3 comments: 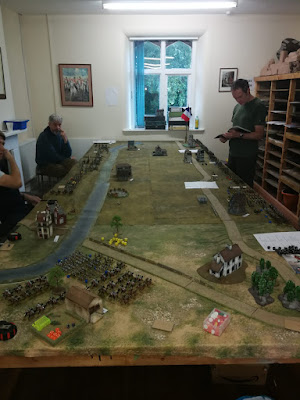 Last Saturday I was planning on going along to the club to take part in a refight of the Battle of Wagram in 1809. The game was organised by Mike and utilised his enormous collection of 1/72 scale plastic figures in an enormous game using the Absolute Emperor set of rules. Sadly, my body had other ideas and the thought of going up and down a narrow spiral staircase every time I needed a wee turned my pain receptors right down to the point I could barely move. Of course by lunchtime at home I was feeling miserable and was wishing I’d gone but that’s life and it would have been silly and an imposition on the others. Anyway, Mike, Richard and Neil kindly sent me some photos the of the action, and it does look rather splendid! The photos aren’t necessarily in the correct  order but I don’t think that matters too much. I’m also not entirely sure what is going on but hopefully that doesn’t matter.click on the photos to embiggen  them. 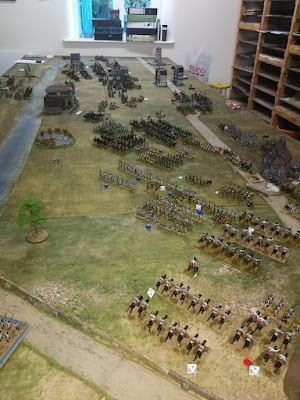 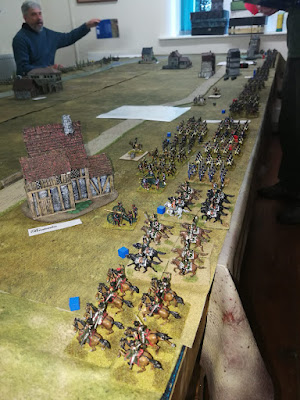 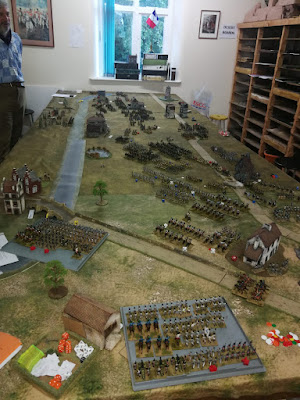 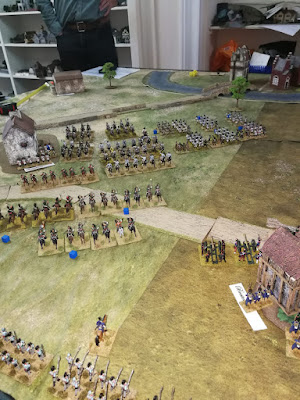 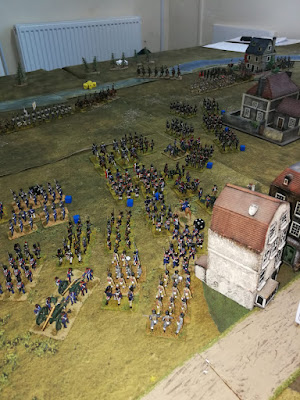 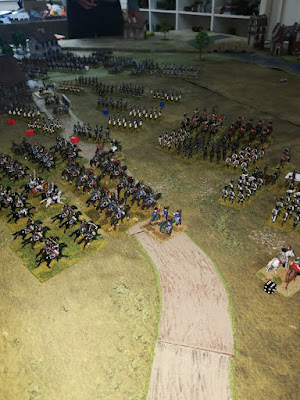 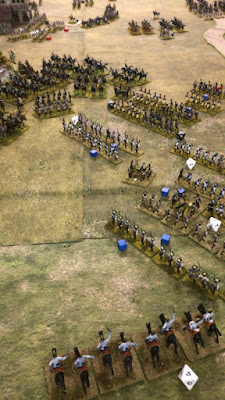 The game continued on Sunday although some players were unable to play on both days. 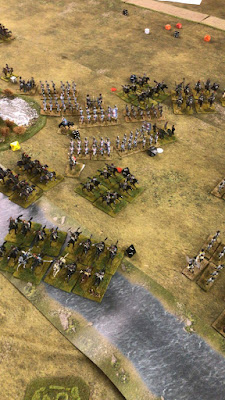 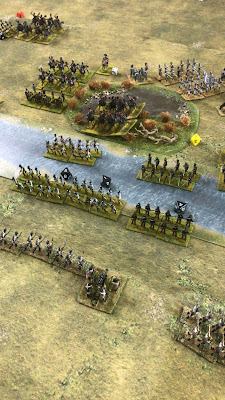 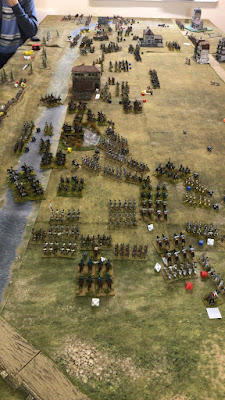 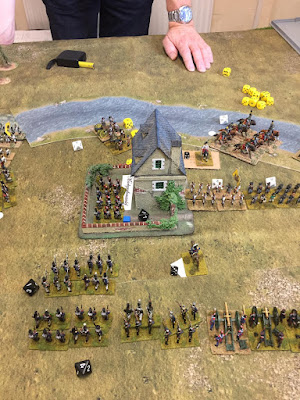 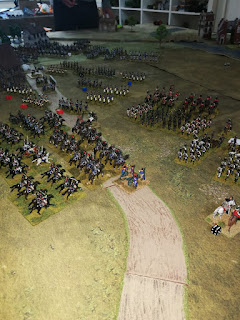 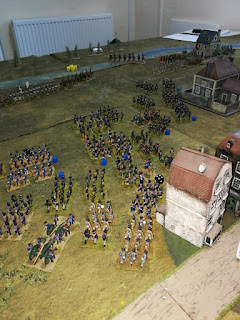 I believe that it was a close and very hard fought game and only a marginal French victory, although the Austrians are no doubt claiming a win. I understand the rules worked well for this size of game, which is what they were designed for. It’s a shame I didn’t get to try them out. (Subsequent feedback suggests the rules are ok’ish but badly written and not user friendly).
Again, it’s a bummer that I wasn’t up to joining in but more games are planned, maybe Borodin or Leipzig. Thanks again gents for the pictures.
By Colin Ashton - August 27, 2021 3 comments:

The House Elf Has Been Busy!

My painting  station has always degenerated into a chaotic mess, which I actually find quite a good way to work; after years of micro management and having to be supremely organised in order to fit too much workload into a finite number of hours going the opposite way has been refreshing. However, every now and then I realise that filling my desk with 97 different projects and dozens of paint bottles that really ought to have been put away is not a good way to work, hence the annual effort to reorganise and revisit my work station. I wonder how long it’ll last?
By Colin Ashton - August 27, 2021 3 comments: