Over the Xmas hols I have managed to stay sober enough to finish quite a few figures, but first up is a close up of my Imperial Harquebusiers. 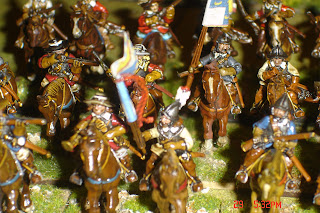 The Imperial forces now have a substantial artillery train of one heavy and three medium pieces. A mix of Warlord, TAG and 1st Corps. 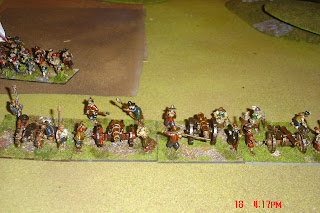 I thought I'd give the imperialists a sniper, as there was I think (I stand to be corrected) a fledgeling jager corps of sorts.  Anyway, nice model and why not...? 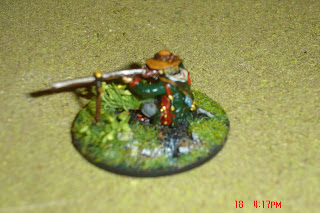 A close up of the Imperial demi culverin - Warlord miniatures. 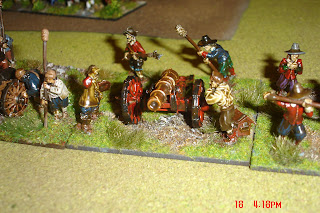 The ninth Imperial regiment in my army.  Probably a good time to stop? 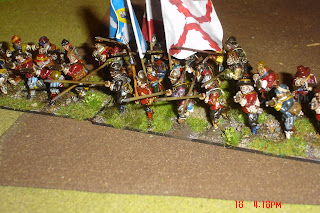 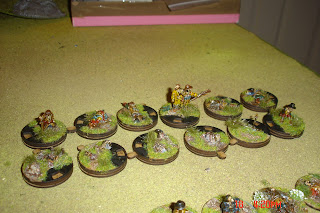 Above and below are my markers for disorder and casualties. The casualty markers are from Warbases and I am really pleased with both sets, although the Warlord Games 'dismembered body parts' are a tad gruesome. 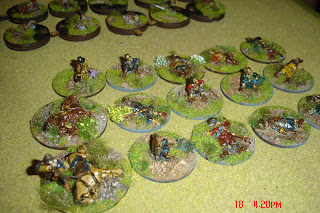 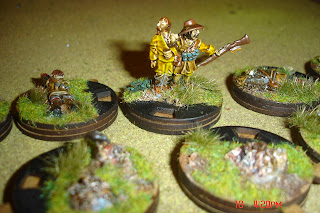 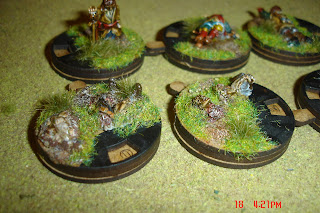 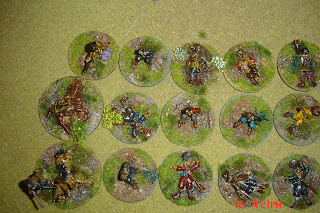 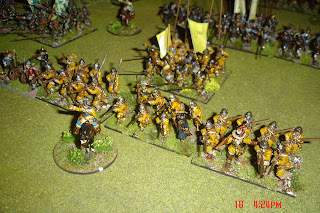 Above and below show expanded Swedish brigades, I've added a third unit of shot to each brigade.Pictured are the Yellow and Old Blue brigades which  both look rather good I reckon. 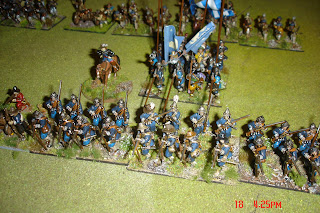 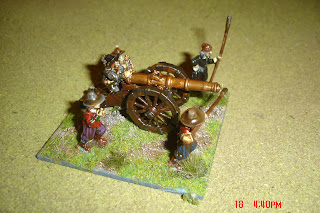