The army parades past the King on their return

The Prussians did well holding of the French at Partizan on Sunday and made an orderly withdrawal to avoid being outflanked.

On their return the army marched past the King who saluted their efforts from the walls of the capitol.  Leading the parade were the heroes of the day, the dragoons of the von Kleist Freikorps. 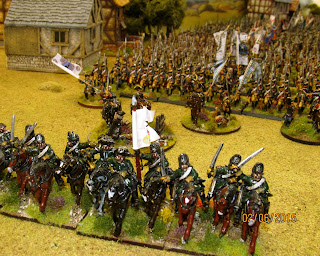 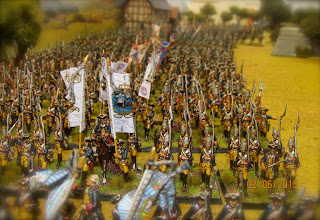 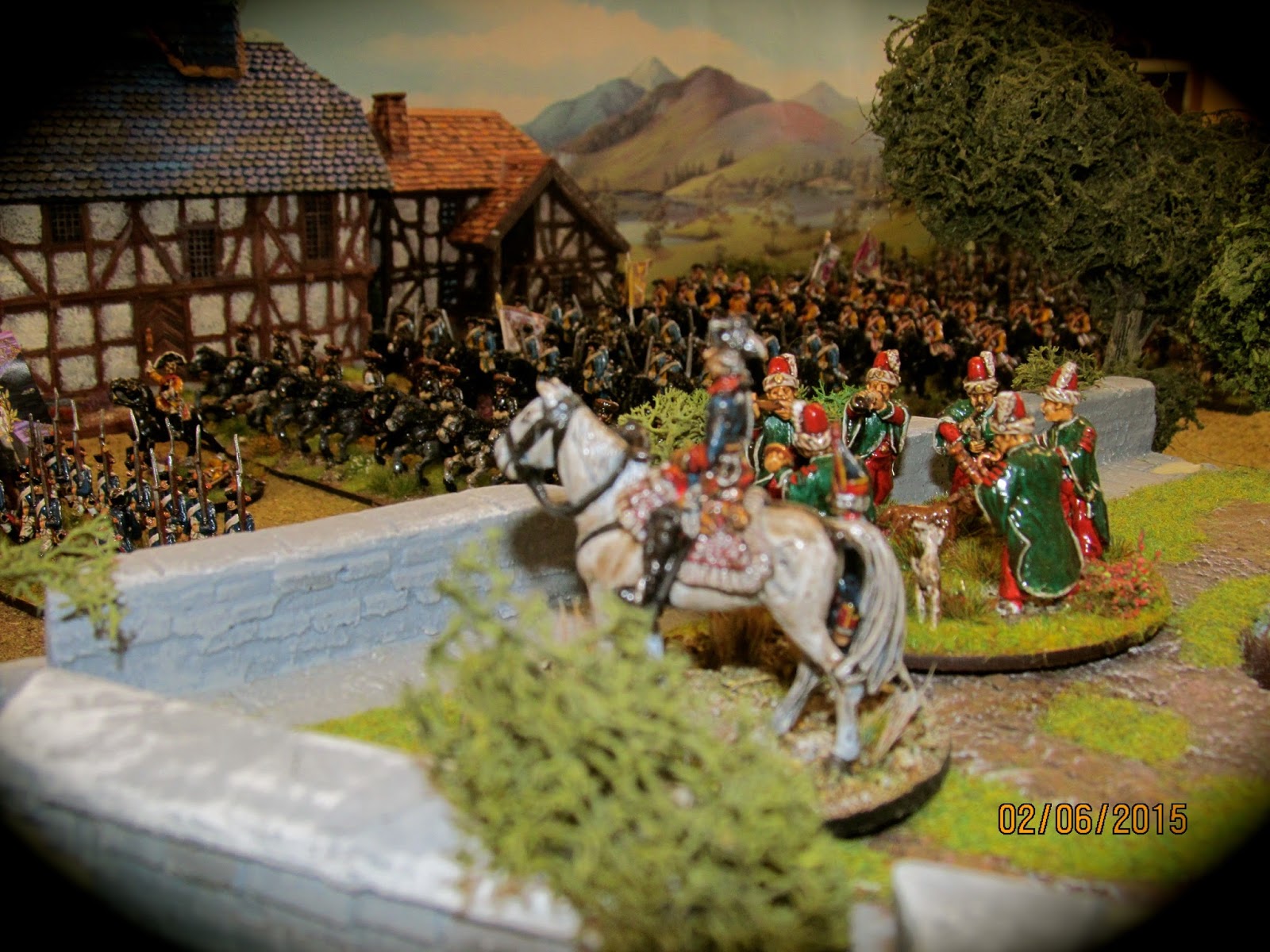 Frederick watches the march past 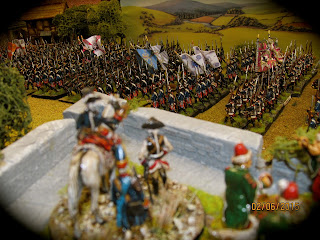 The infantry pass in review, followed by the cavalry under von Seydlitz 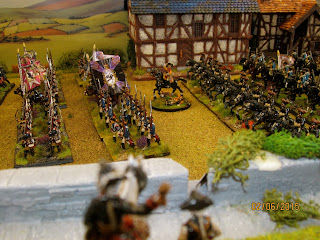 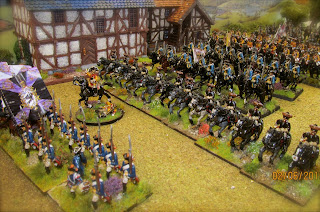 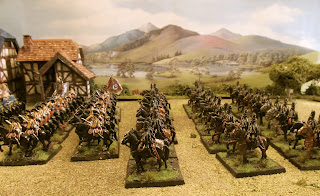 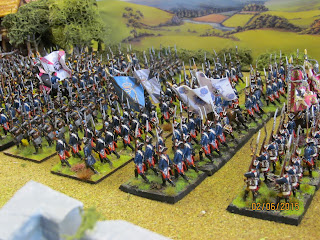 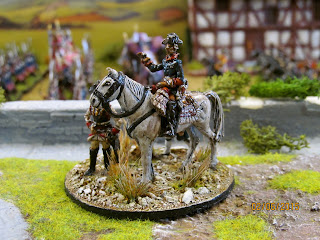 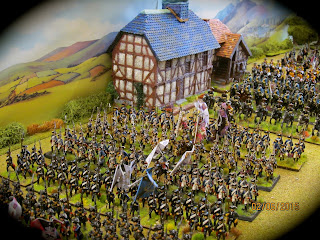 The troops are now all back in barracks awaiting the next campaign and further chances of glory or an opportunity to redeem themselves.
By Colin Ashton - June 02, 2015