THE GAME THAT NEVER WAS.......WELL YET ANYWAY 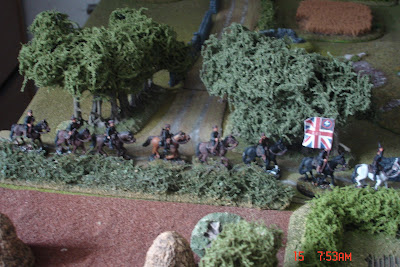 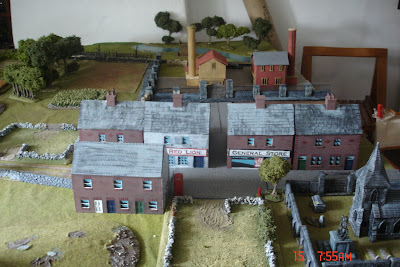 No game again this week due to unforseen problems. Never mind though. I did manage to get a few more figures finished at long last, including a troop of BUF cavalry, pictured here moving gingerly up a country lane hoping not to go the same way as their infantry colleagues in recent skirmishes with Socialist and Anglican League forces in the Dale. I've had the table set up for a couple of weeks now so here is a shot of the objective of the next game, a government assault on Wolsingham steelworks. Hopefully we will get to fight the game next week.
By Colin Ashton - August 26, 2010