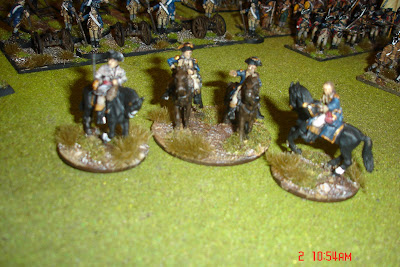 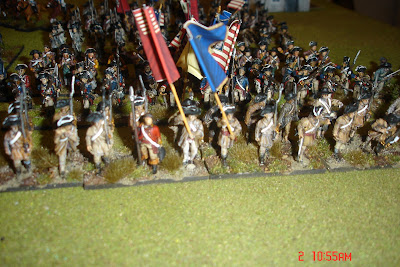 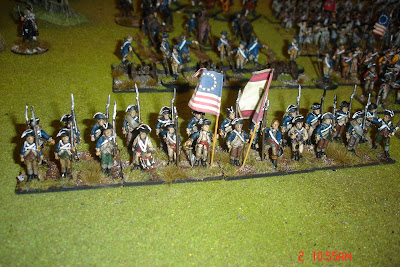 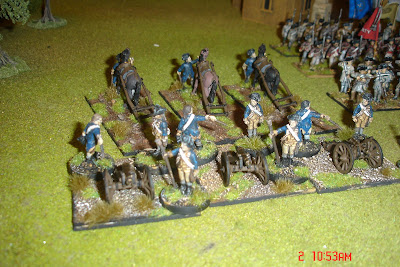 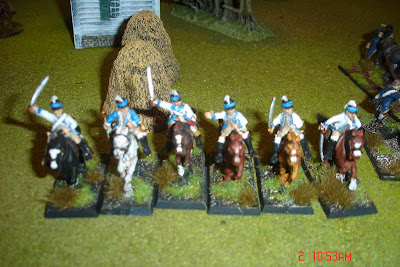 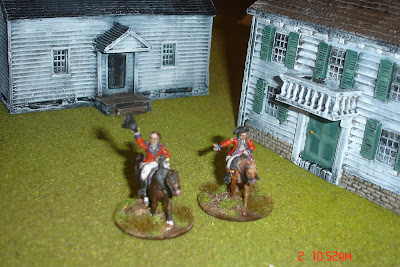 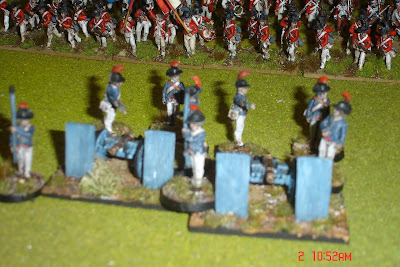 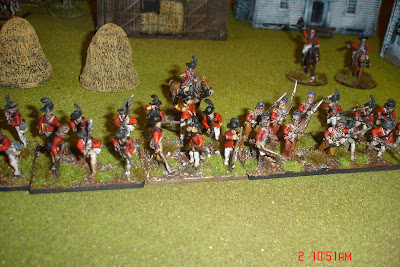 Well, its the middle of December and I've not played a game since the end of September. A combination of work and more recently the crappy weather has well and truly scuppered any plans we might have made. The weather also prevented me visiting Smoggycon and Pudsey, so the next show I am likely to get to is York in early February. The UP side of all this is that as I was snowed in for well over a week (and work from home anyway), I've got quite a few more of my AWI figures completed. I now have six battalions of British plus a battery of guns and nine (and should be ten or eleven by this time next week) American battalions, a battery of three guns and a squadron of continental dragoons. I also managed to finish generals for both sides. I have managed to get back into the swing of painting 18th century uniforms en masse, and whilst the results are not show-winning quality I am happy with them (except for the wrong shade of army painter disaster!). There are now more than enough figures for a game (solo or otherwise) over the Christmas break which will allow me to try out British Grenadier properly.
Pictured above are a couple of my new units.
Mind you, missing two shows didn't stop me spending money these last couple of months. I ordered several AWI buildings off Hovels and Magister Militum. The Hovels Georgian house and barn are very nice, as is Magister's Guilford Courthouse. I also ordered the Chew House off Magister - an excellent and imposing Georgian building! I'm currently struggling with what looks like about a mile of snake fencing to add to my growing collection of American scenery in 28mm. I ordered some Hessians off Perry last week, to give a bit more choice and flexibility for the British, as if I need it and am waiting for some more flags off GMB as I took advantage of his recent offer. Finally, my extra terrain mat arrived so I really must now move my games room across the top hall landing and set up my 10 x 6 table.
Having decided to steer clear of British in their 'warrant' uniforms in favour of the campaign dress that everyone now reckons is what they wore from quite early in the war, I will be putting about four or five batallions of Foundry British on ebay over the holidays.
Going back to rules, I think I will like BG, but I just don't like small batallions in 28mm, especially for the 18th century. My Seven Years War are all in 36's for infantry and between 24 and 36 for the cavalry, so even dropping to between 24 and 30 is a big leap for me. I hope the rules will work for my larger units. I shall give them a go.
By Colin Ashton - December 14, 2010