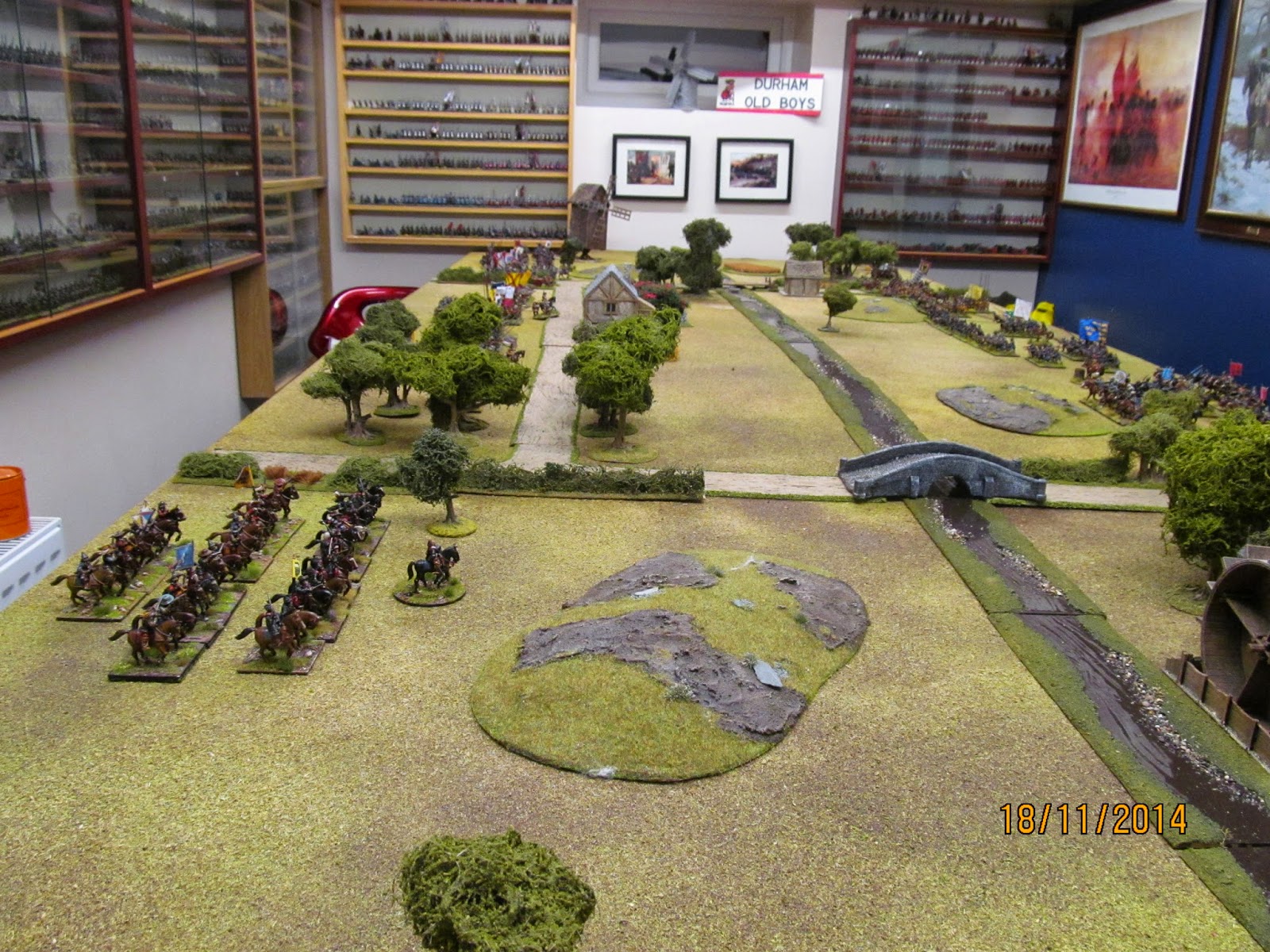 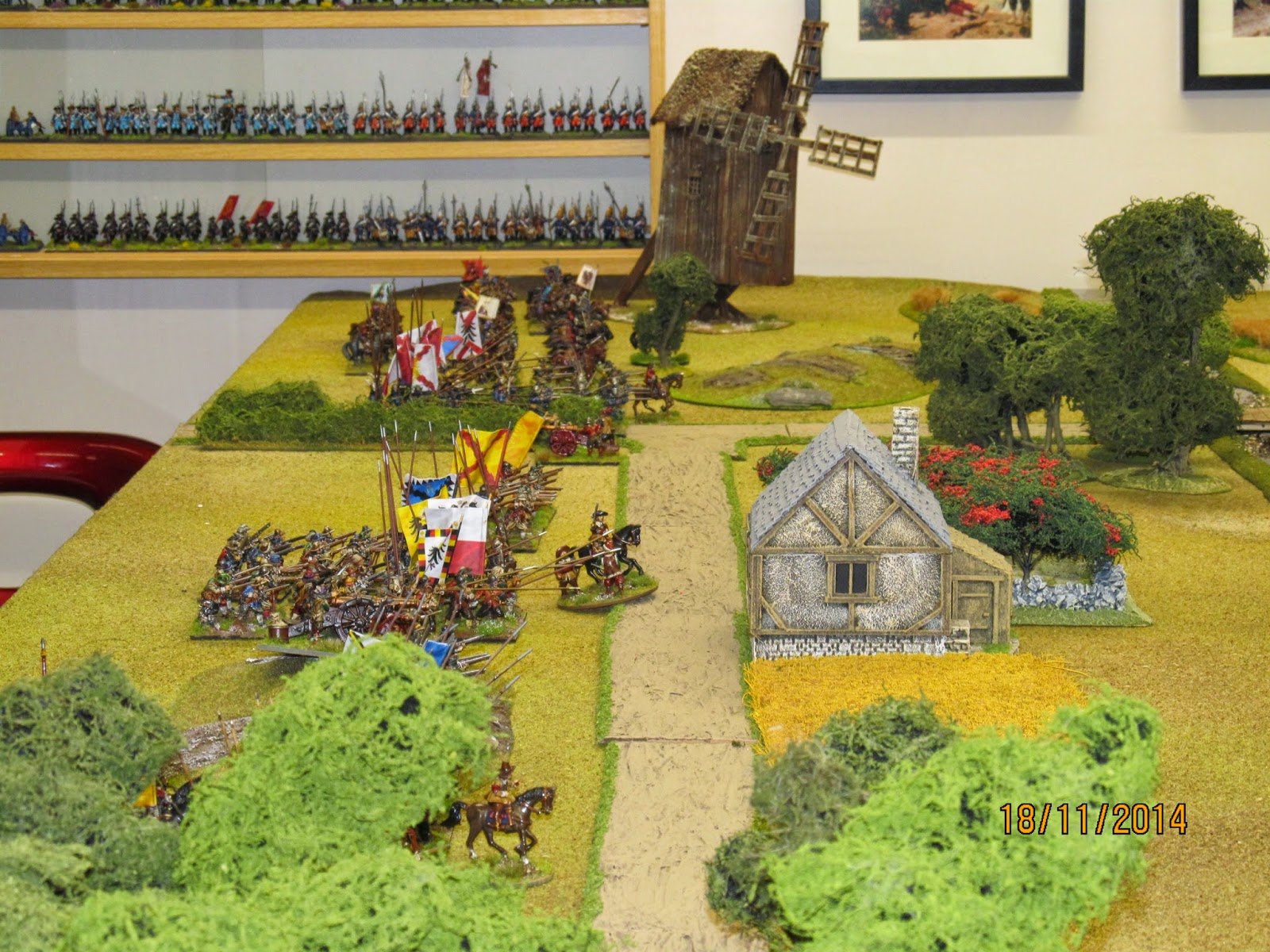 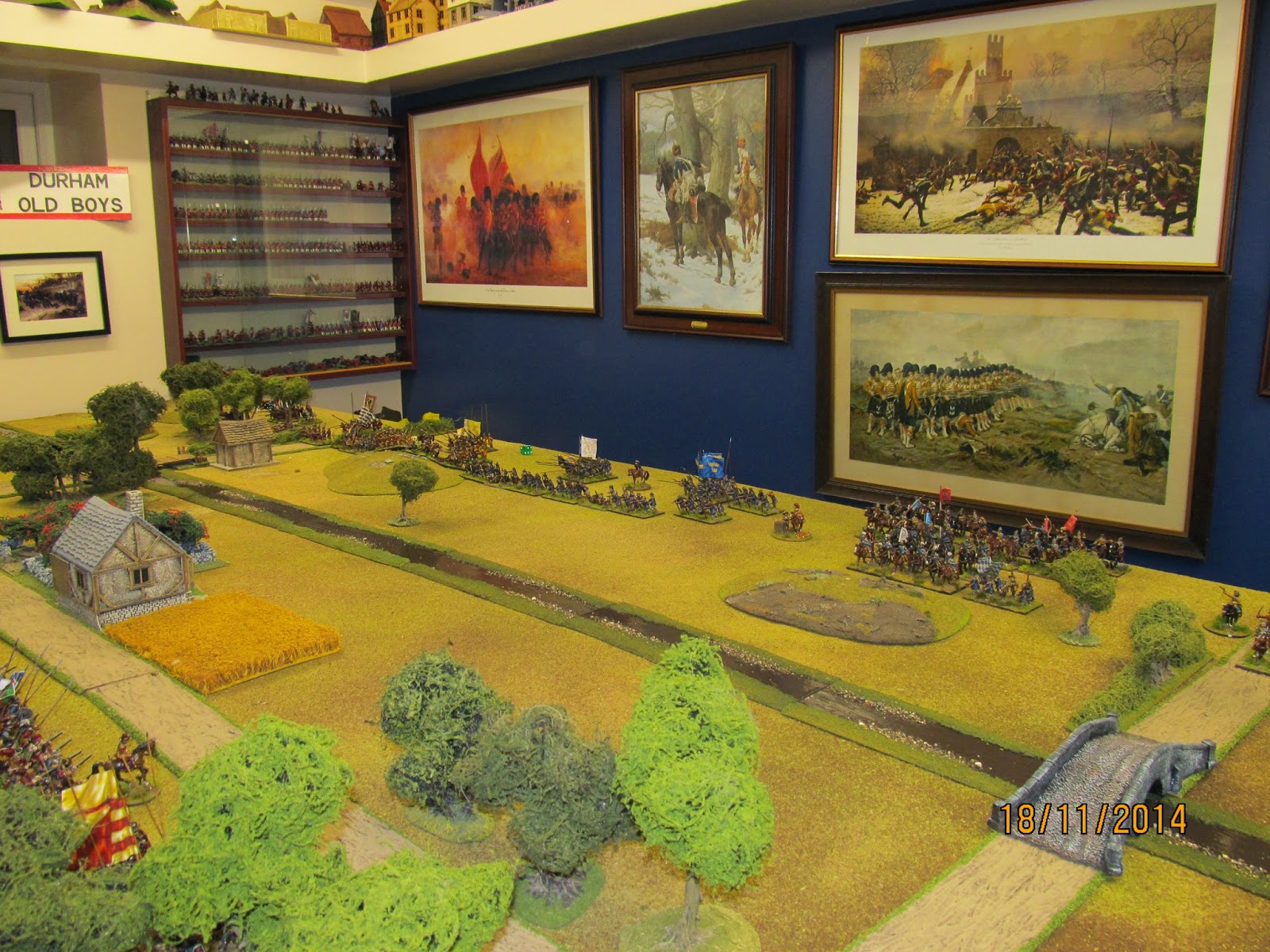 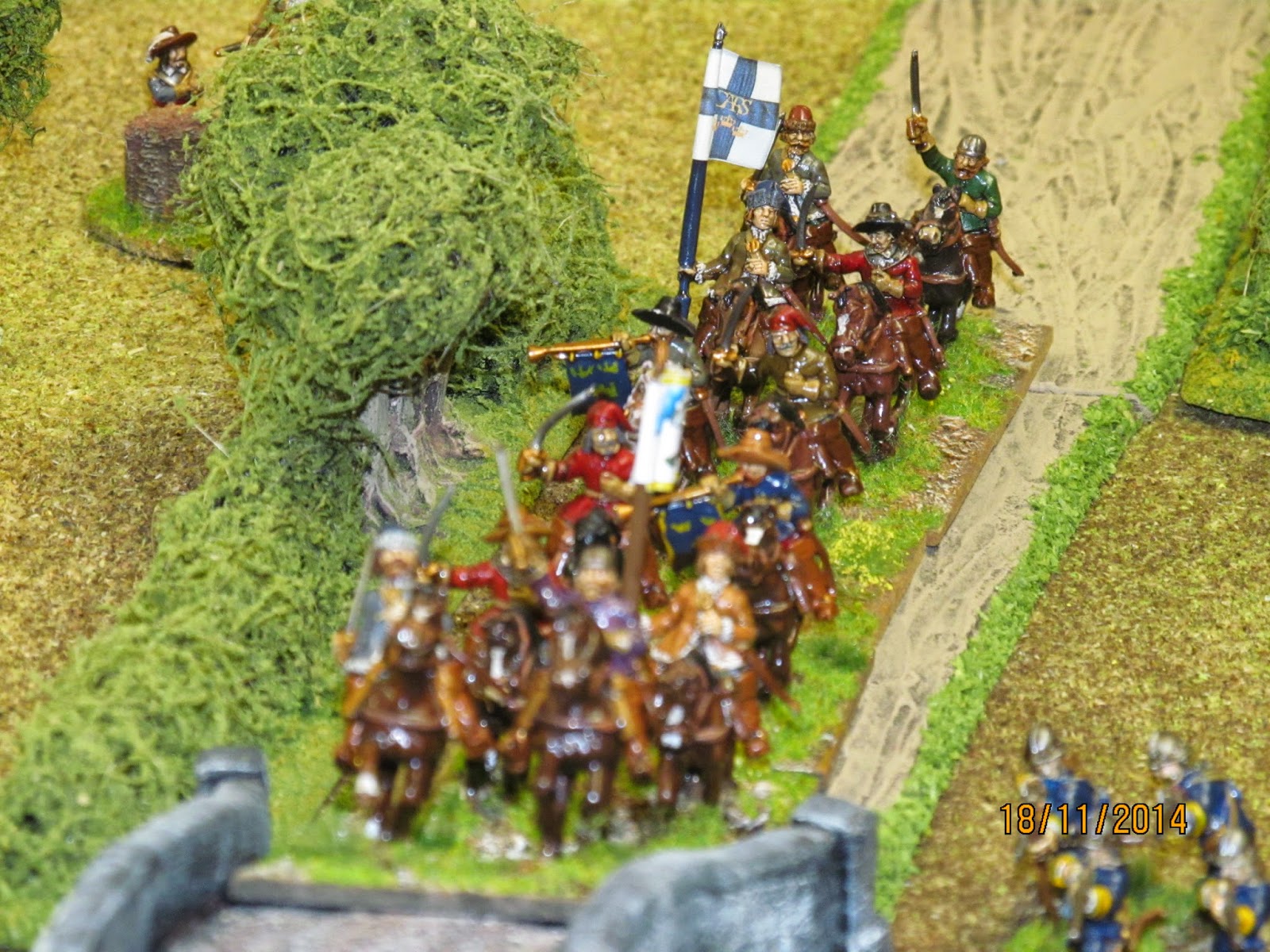 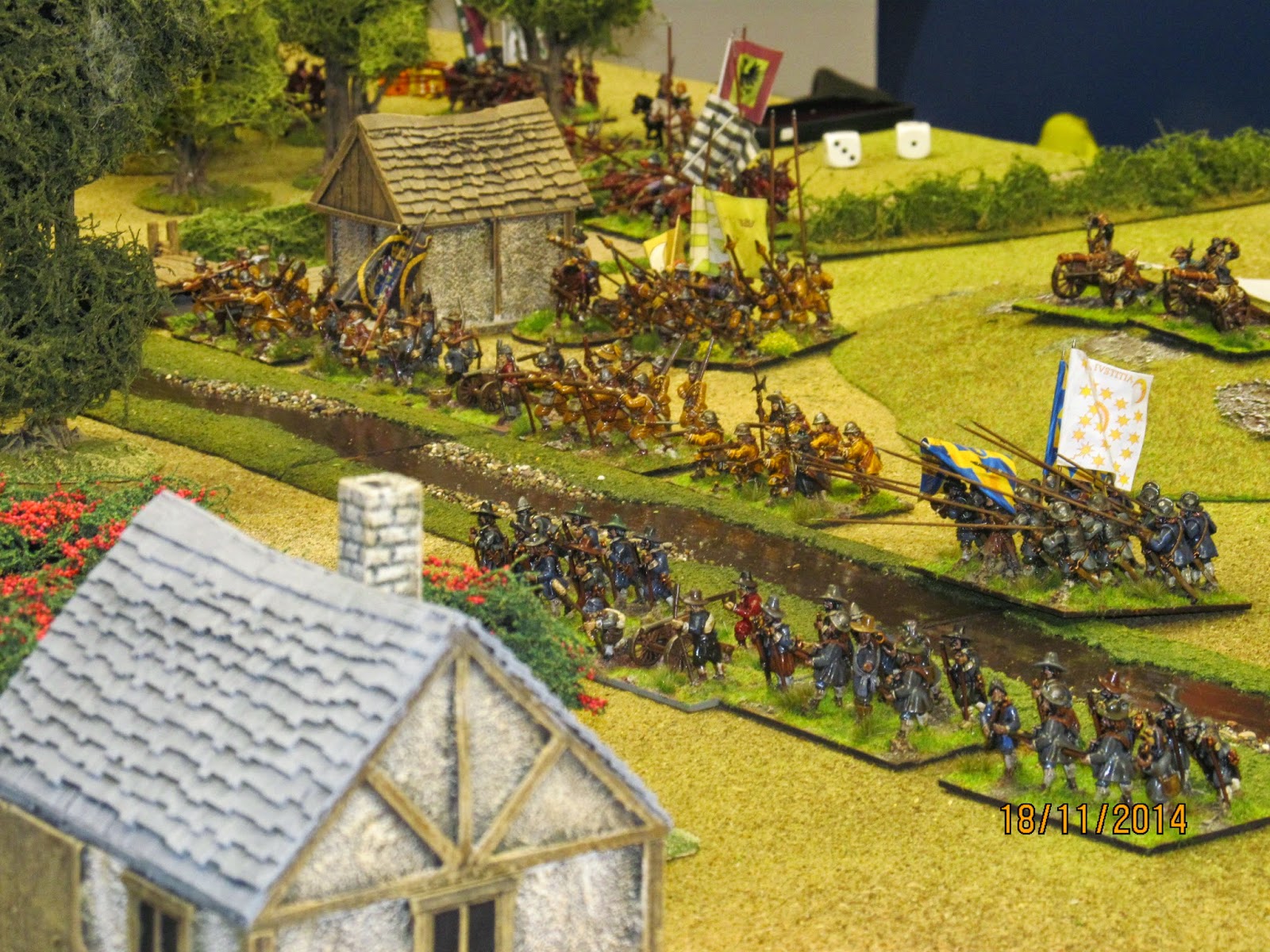 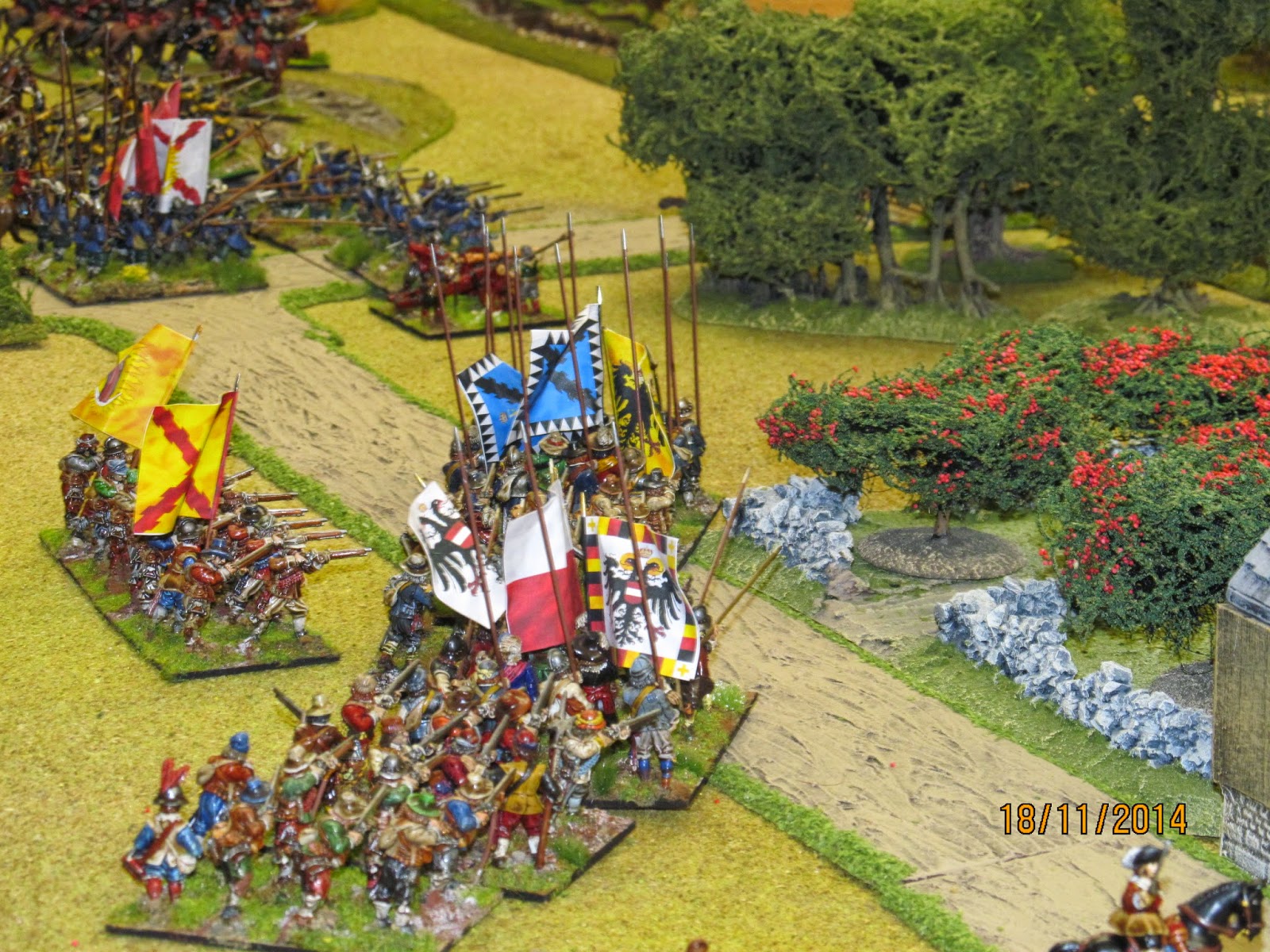 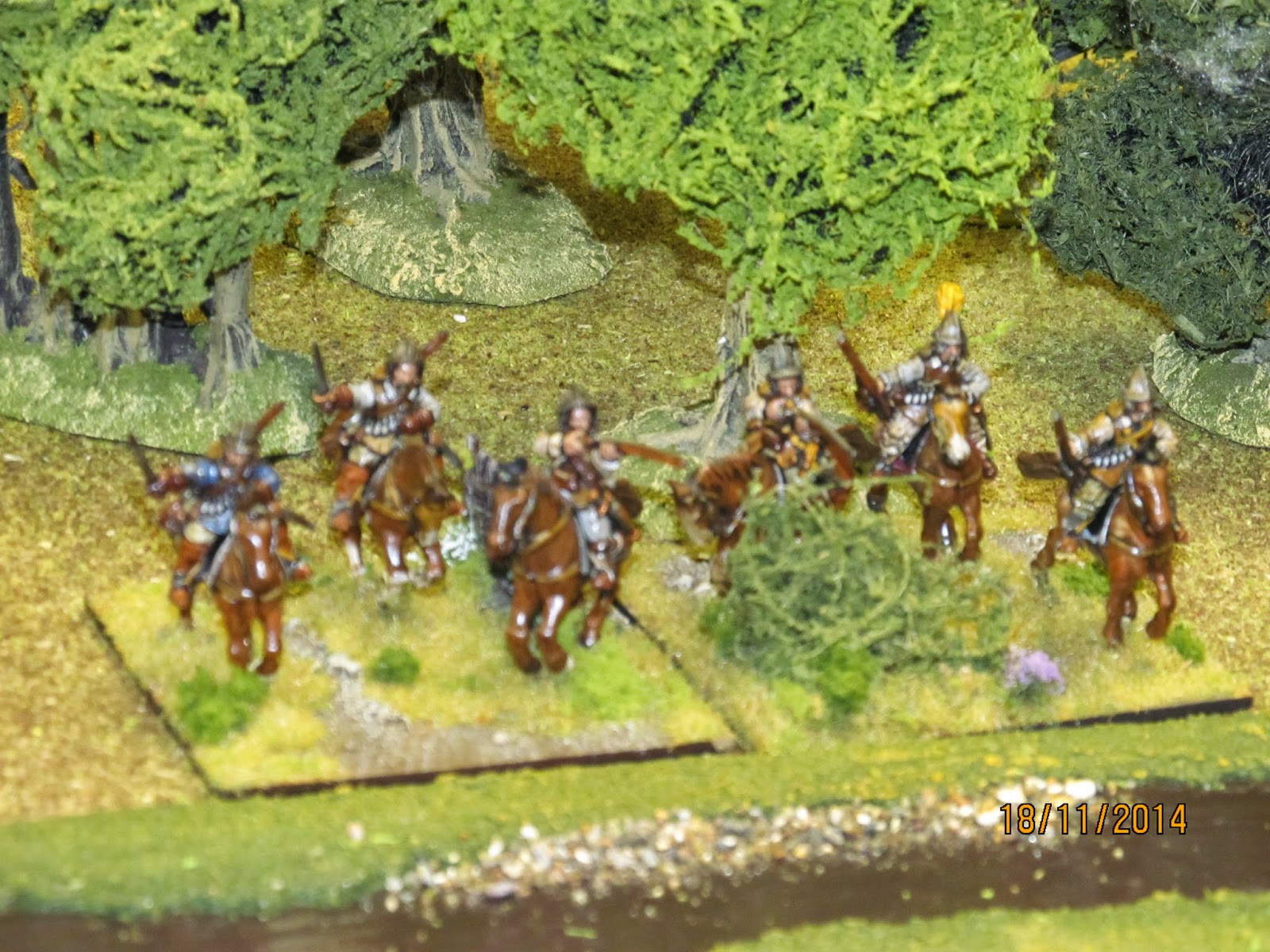 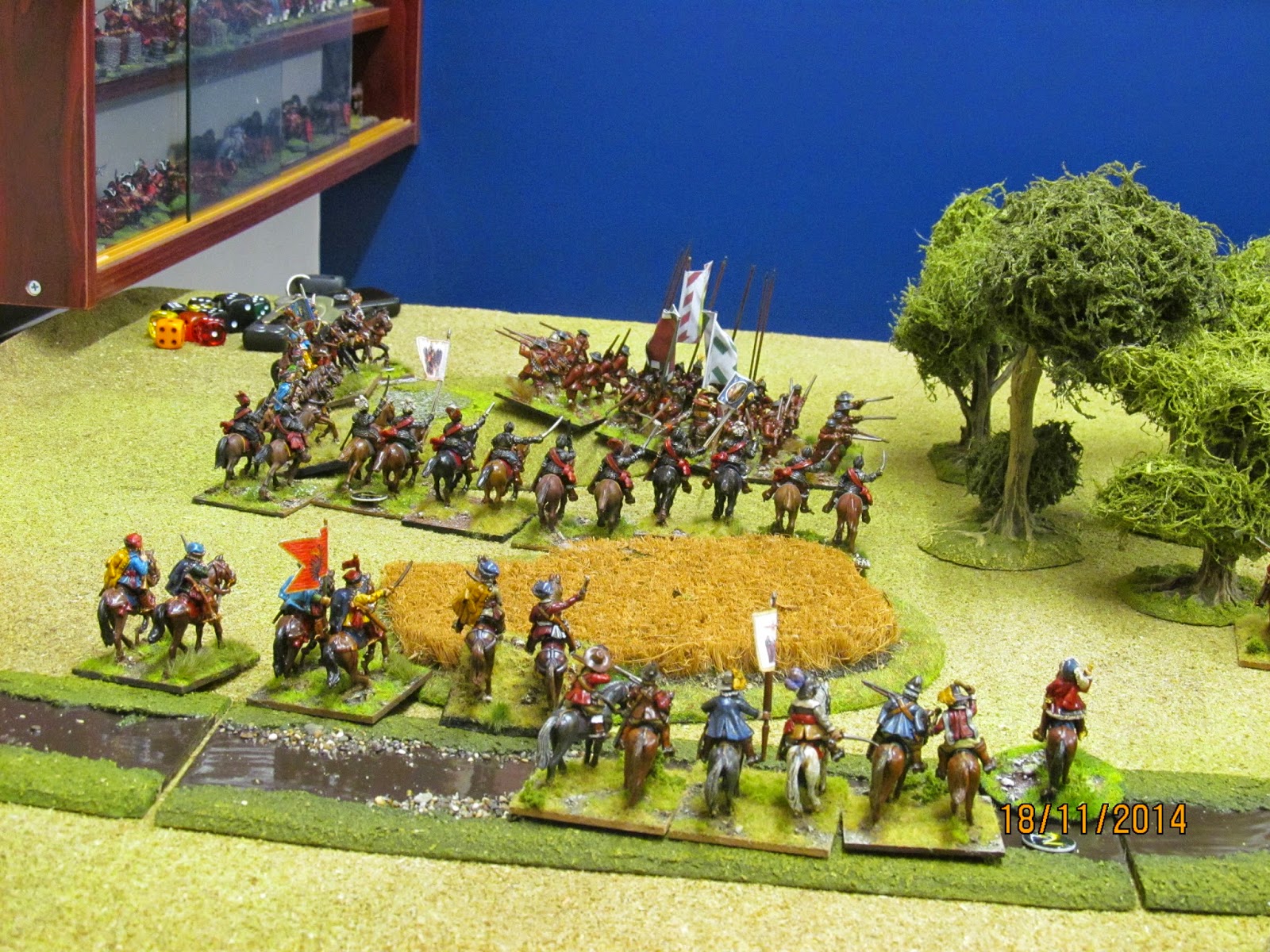 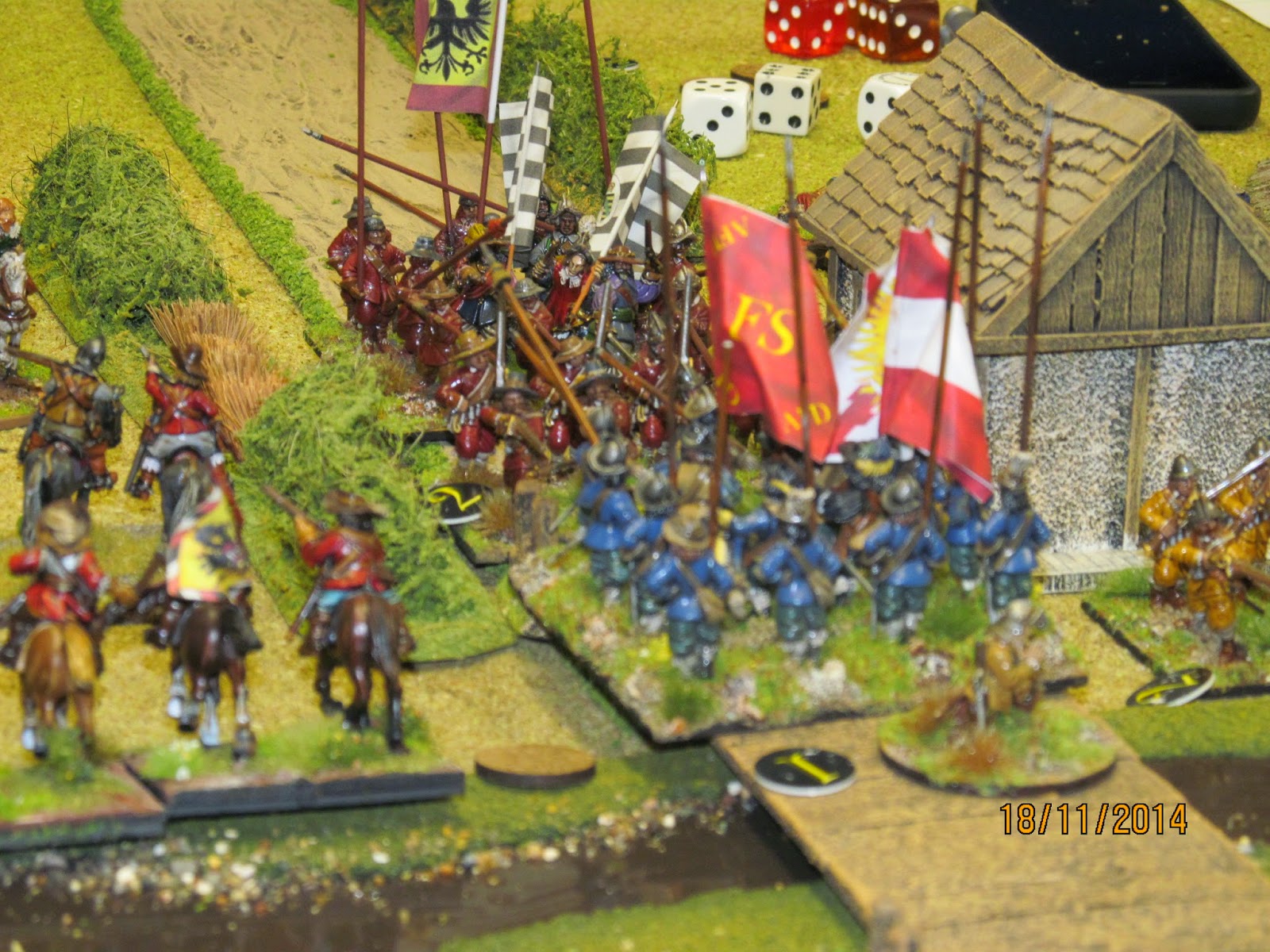 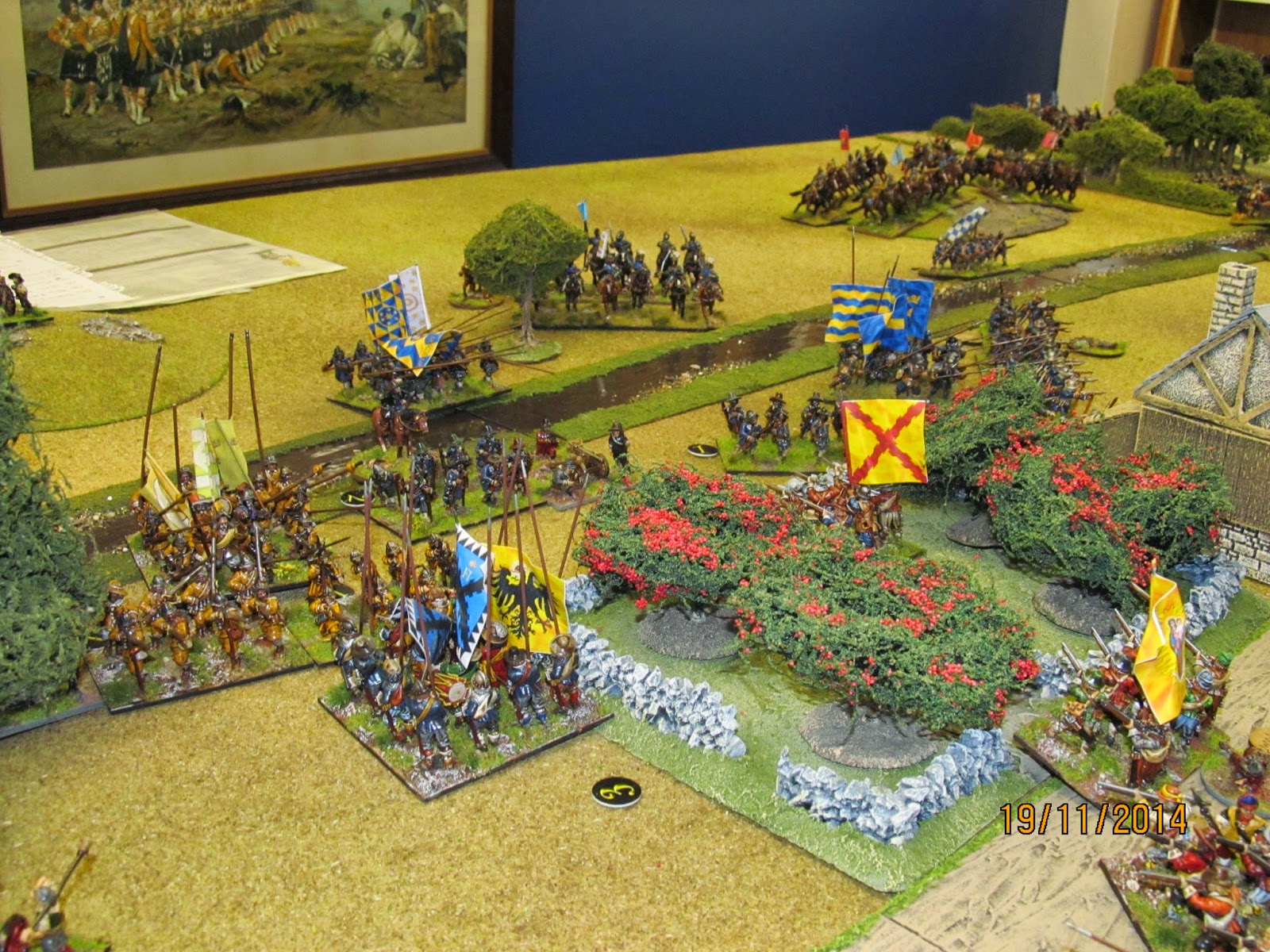 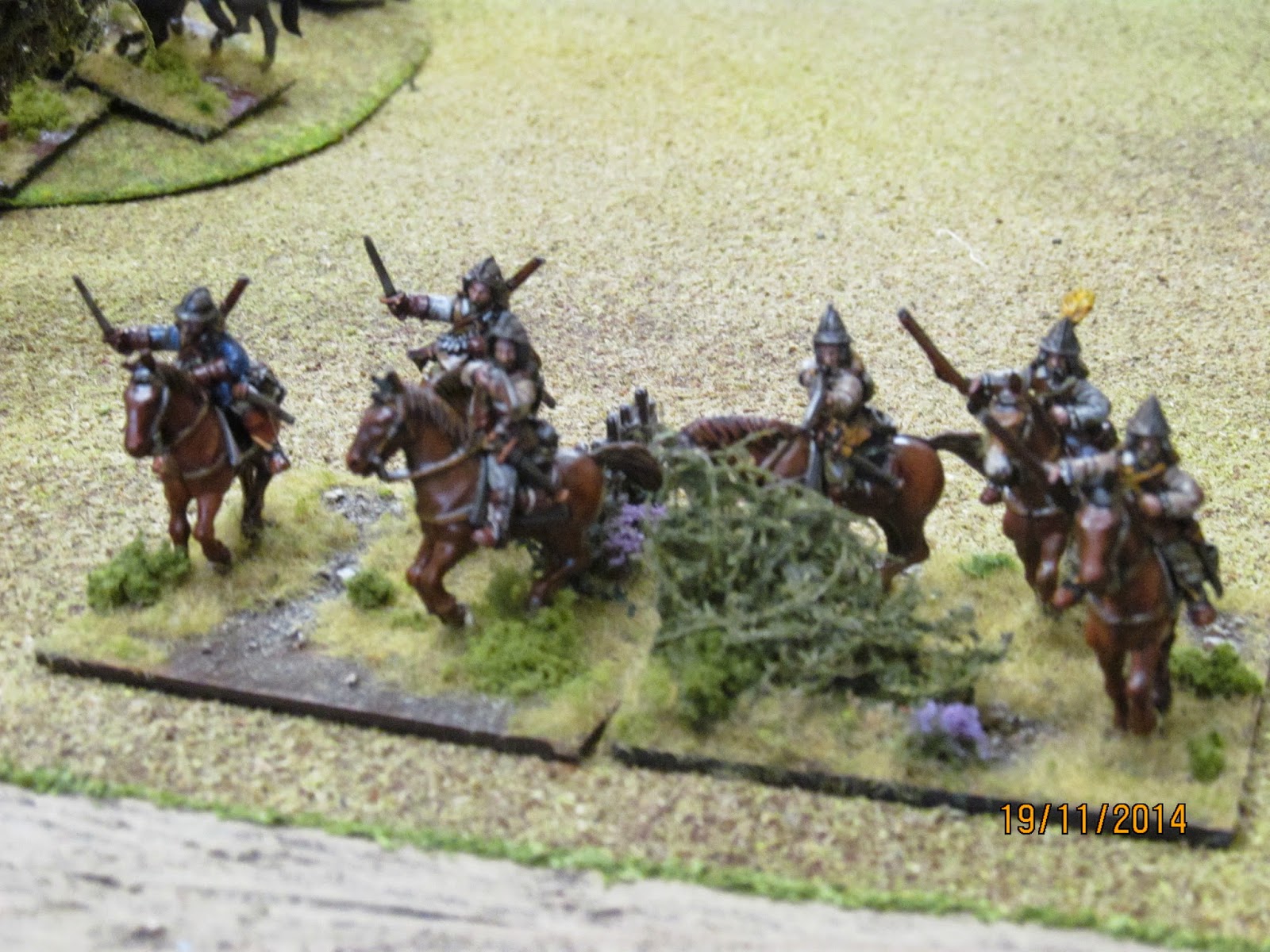 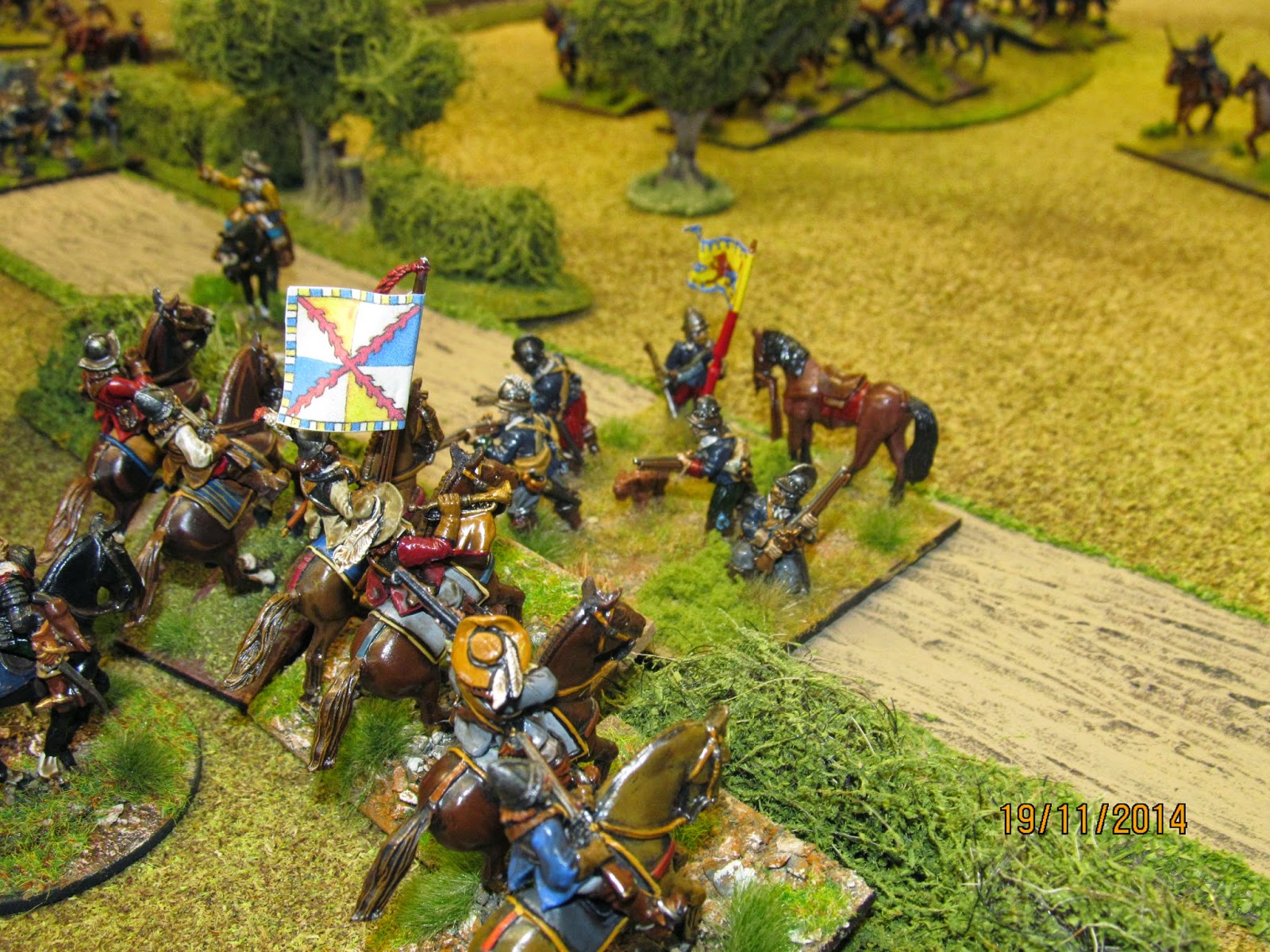 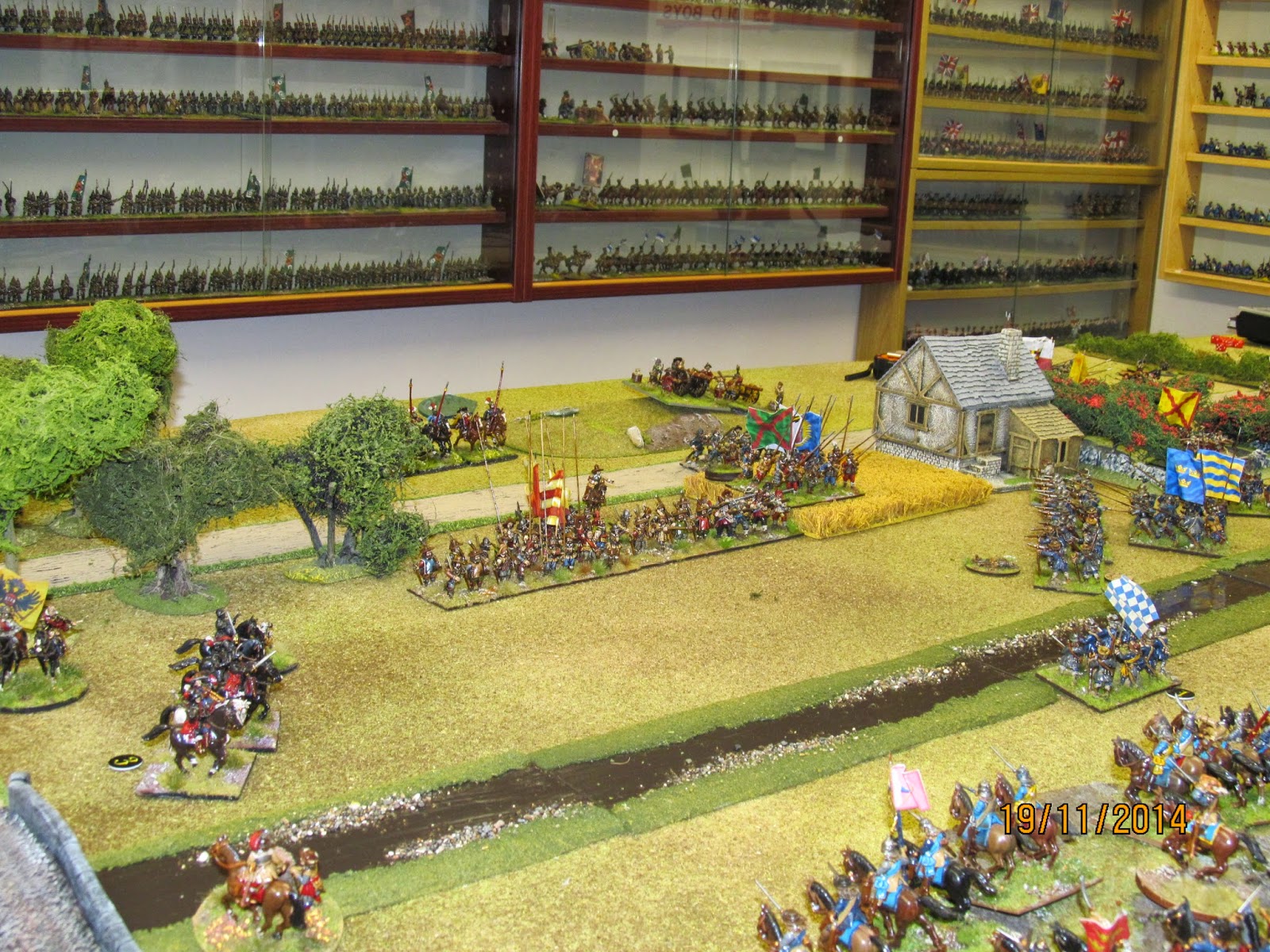 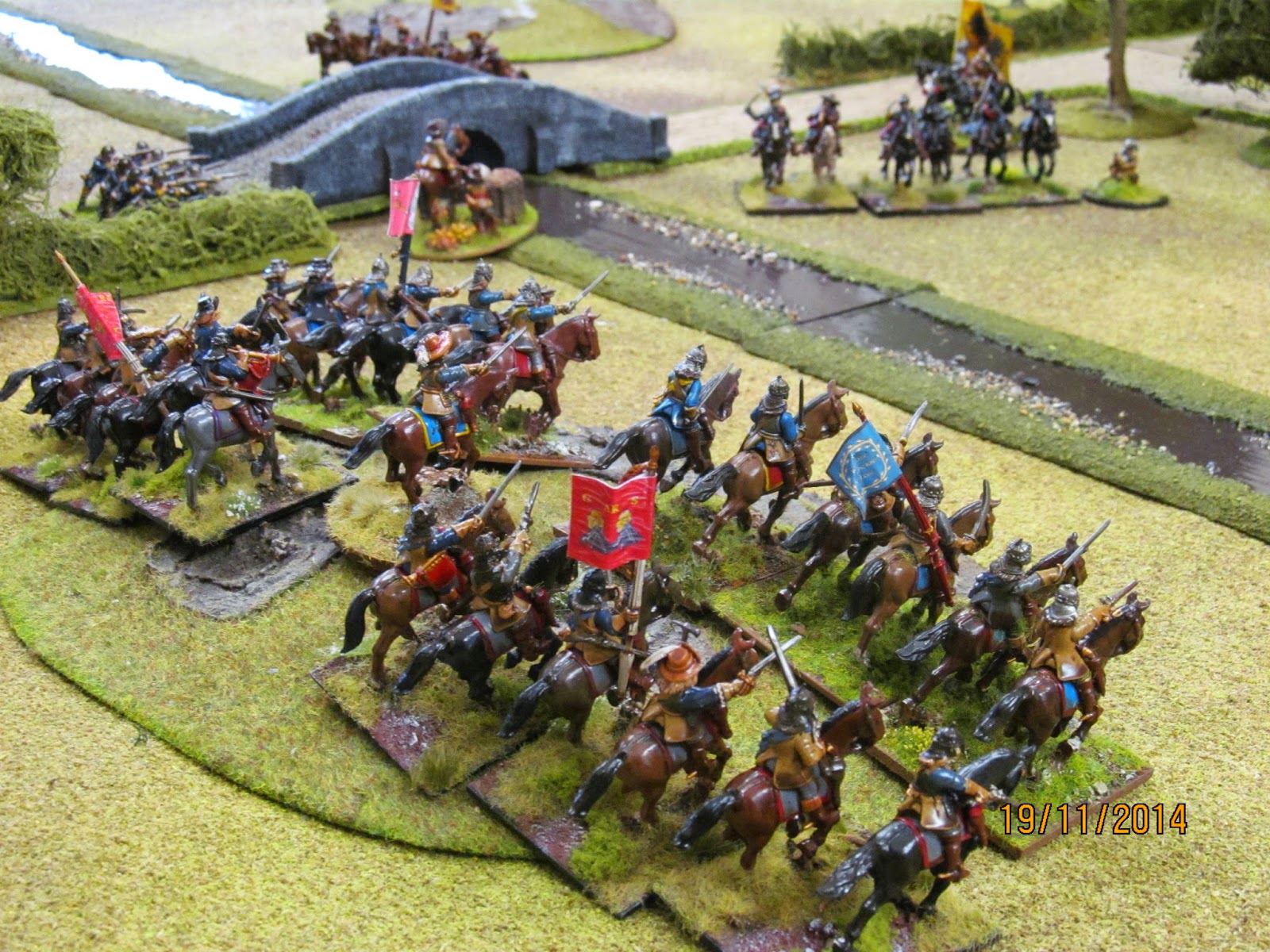 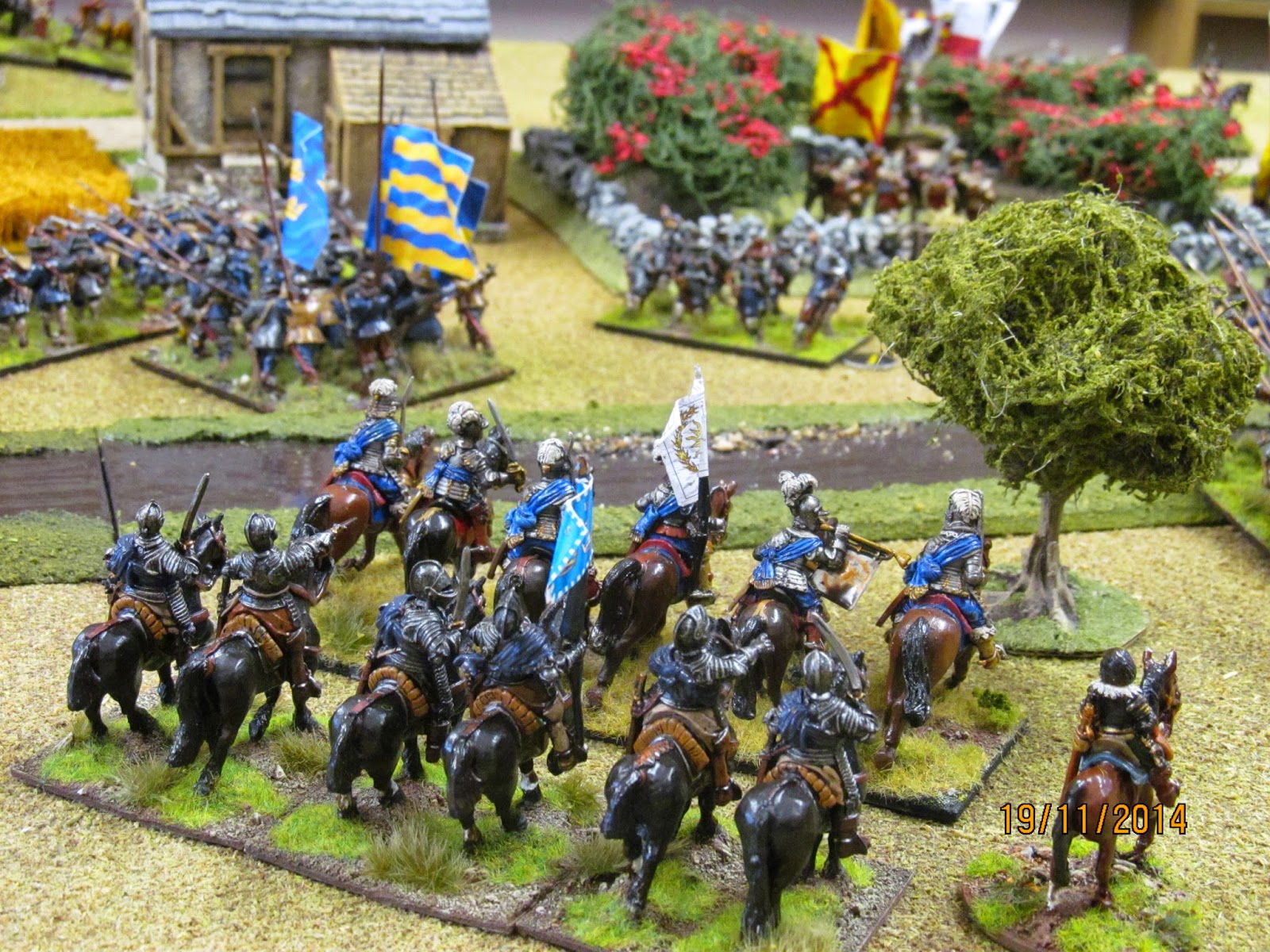 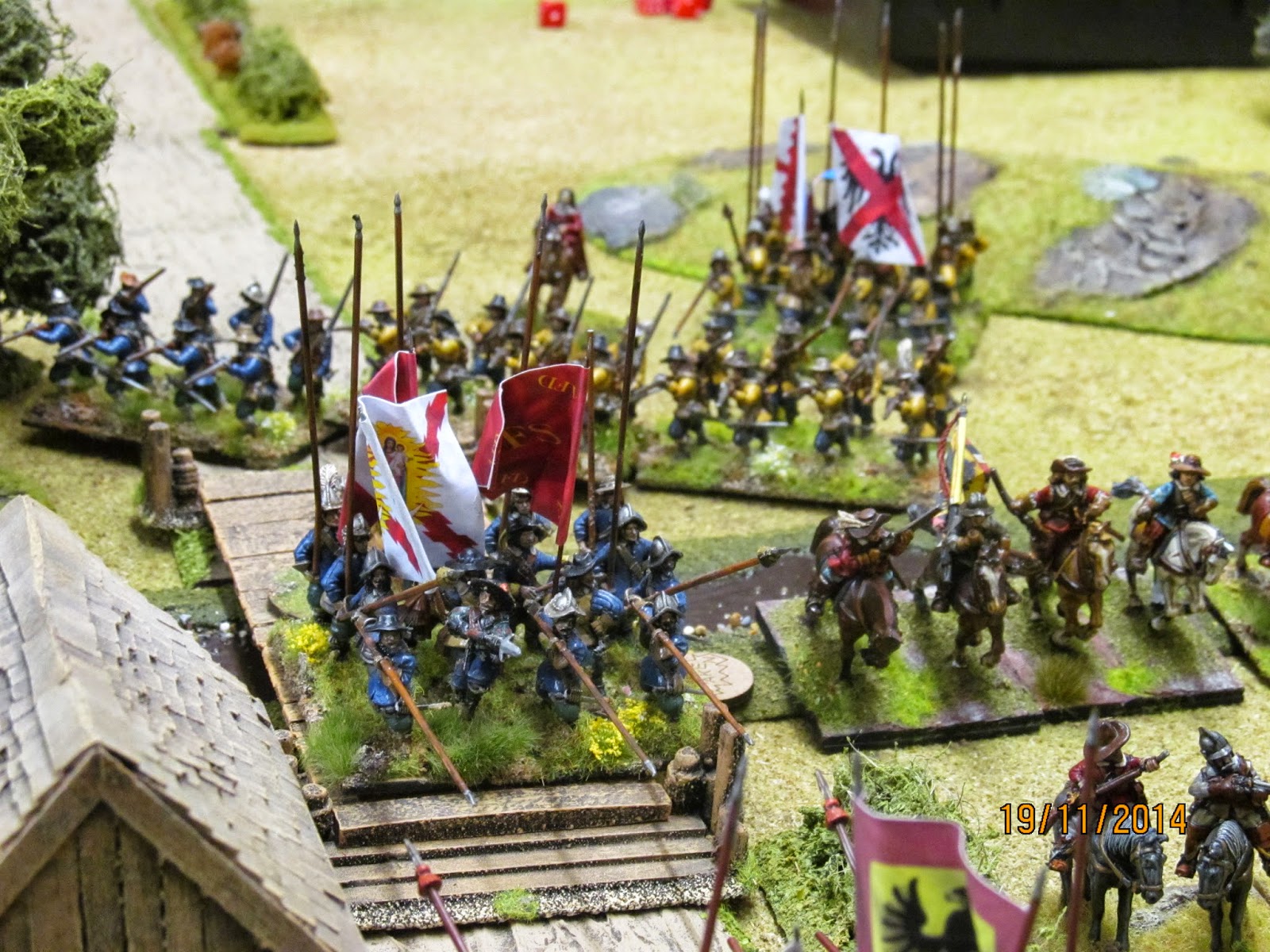 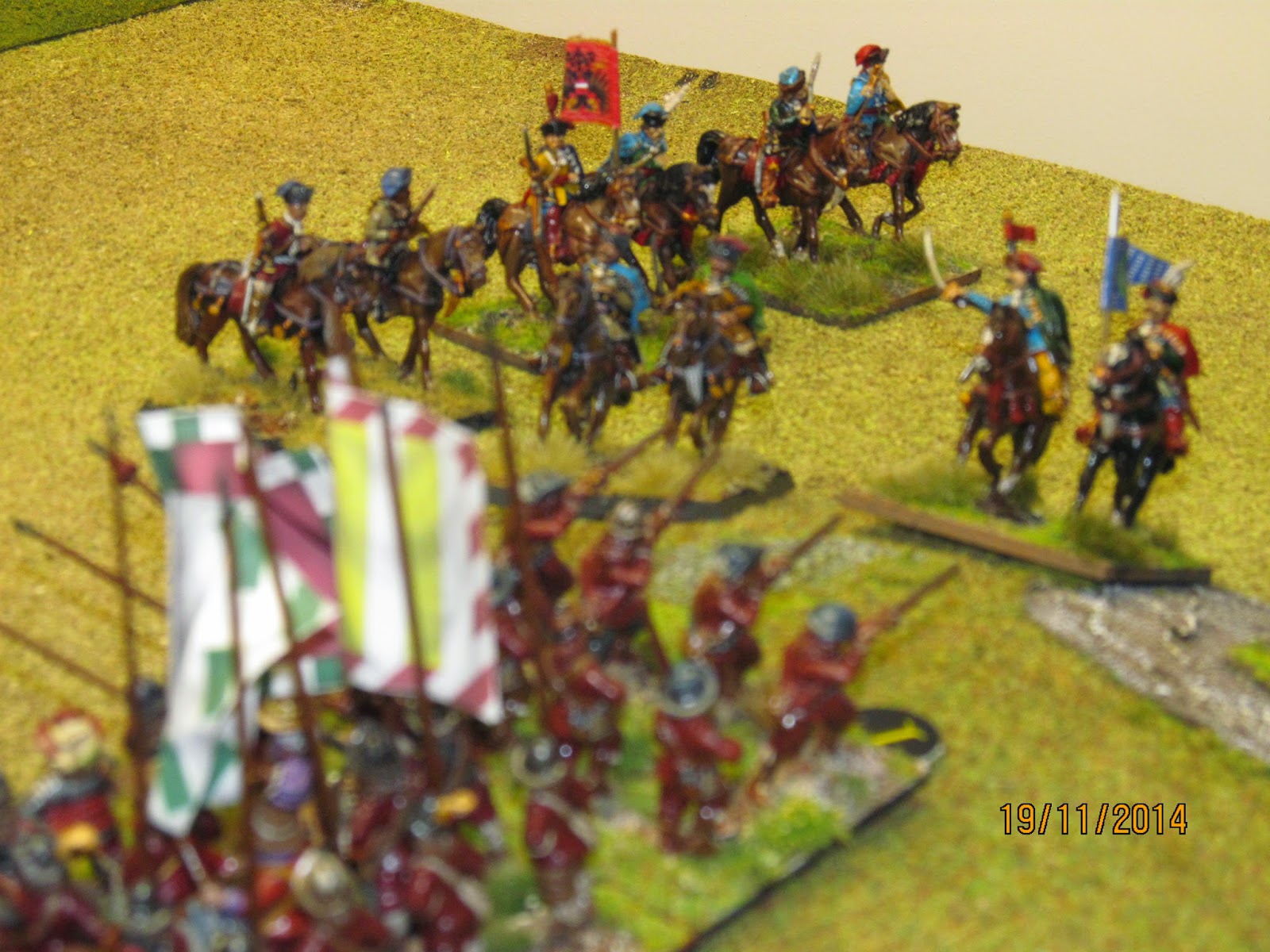 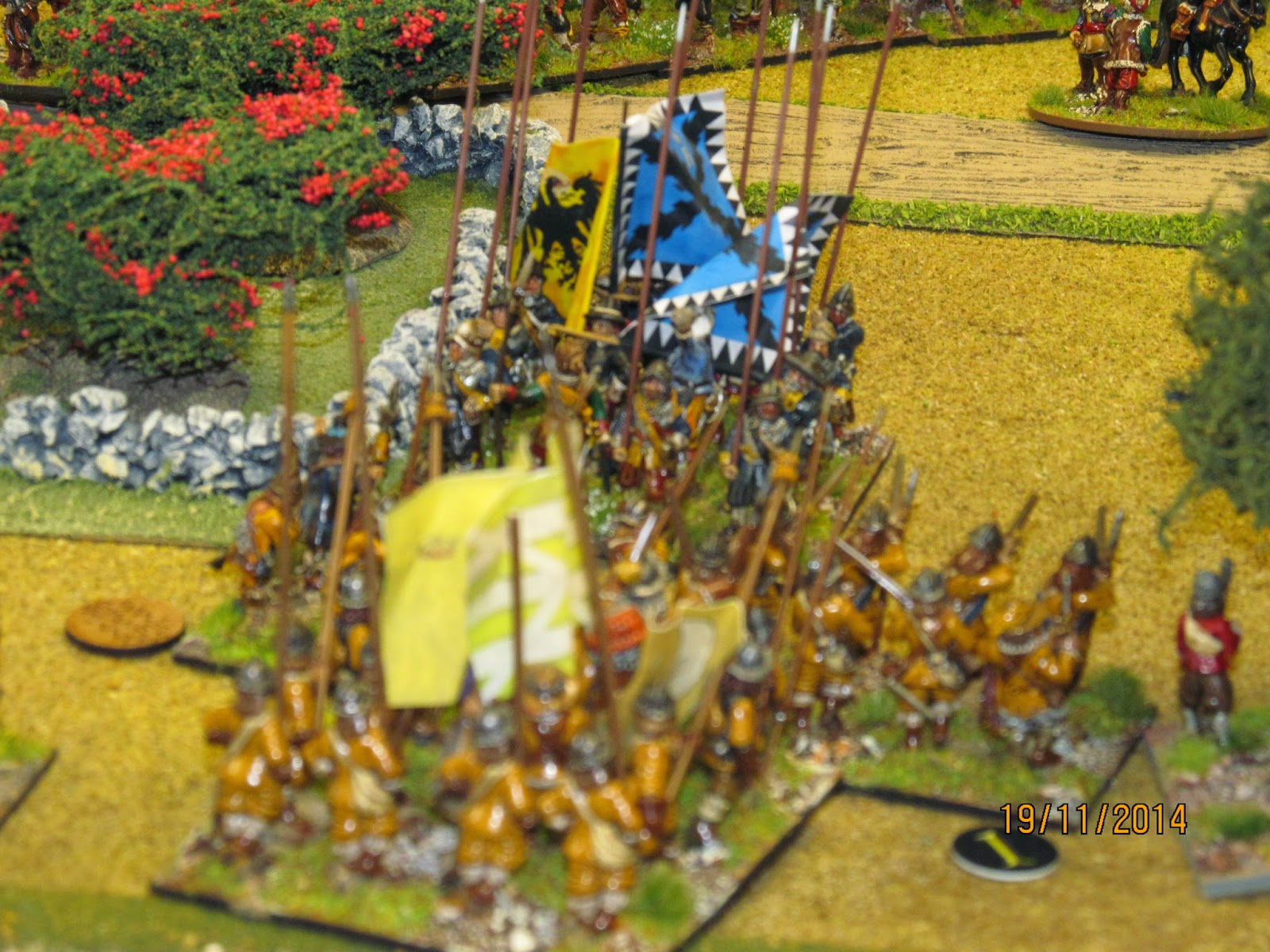 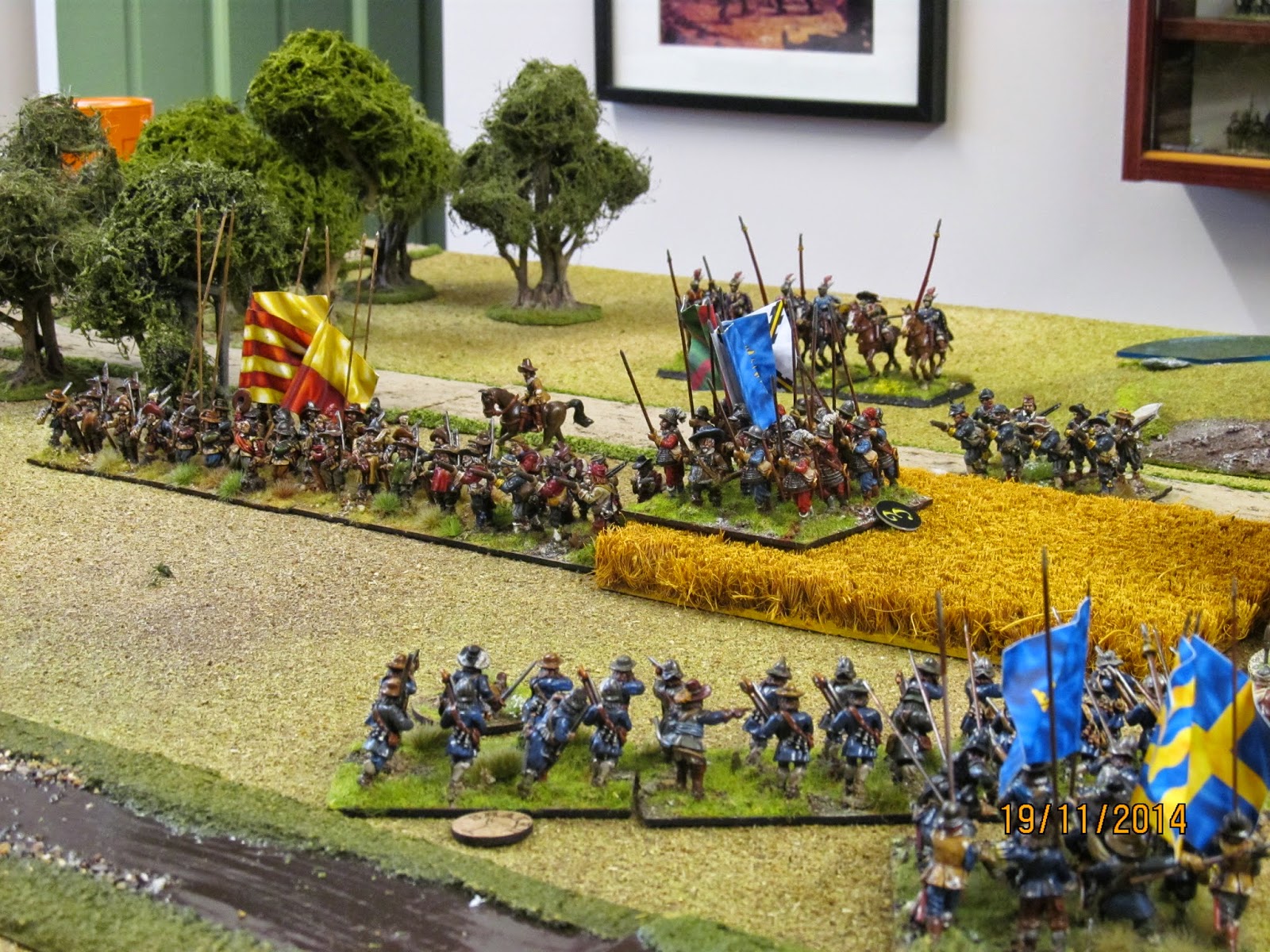 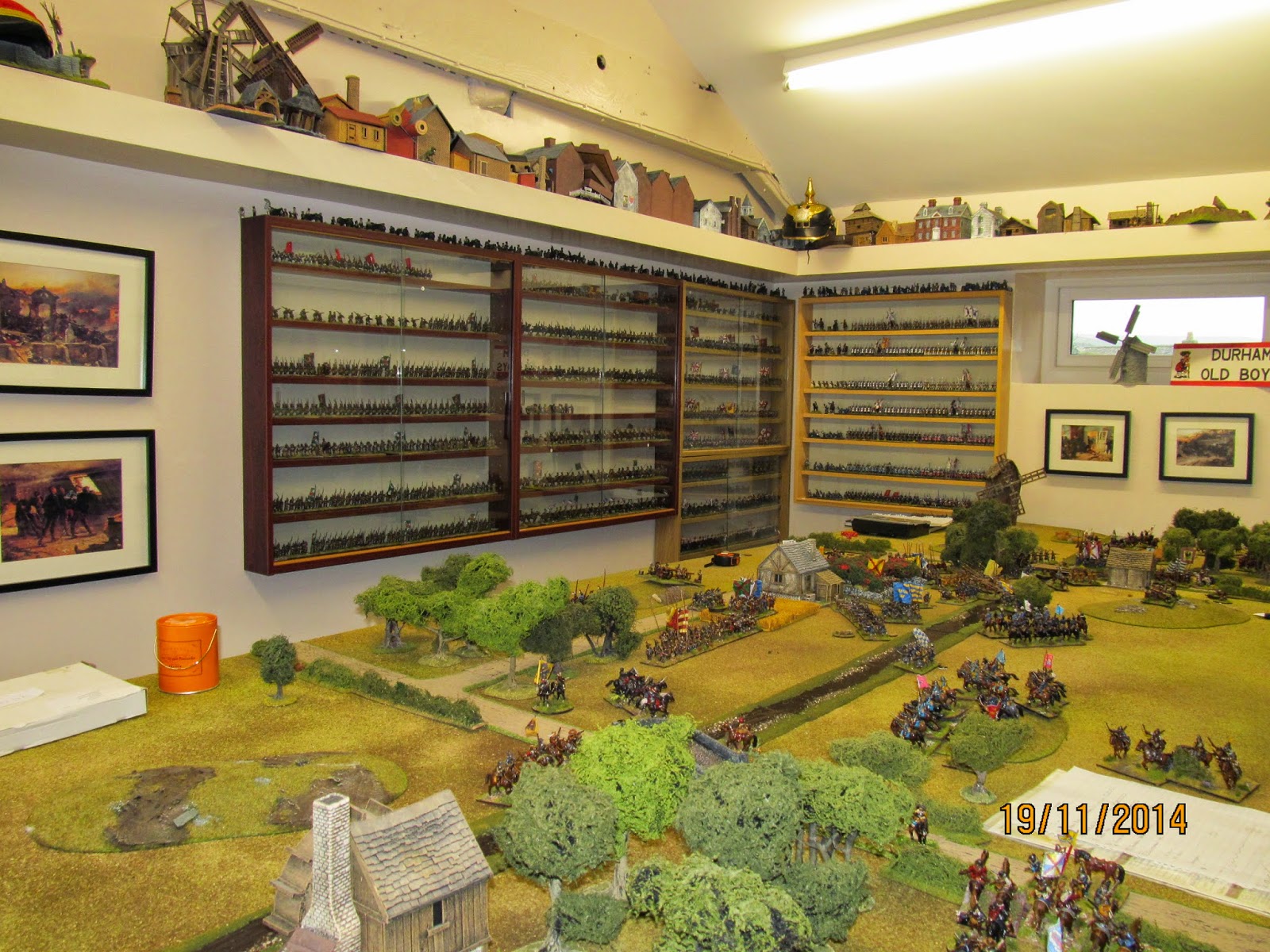 This was a great game and when we had to finish it was still very much in the balance. My right wing had driven off and broken their opponents and were swinging around to engage the Swedish centre. My left wing was held up by the Saxons and the terrain. In the centre things were evenly matched except that Rob had six squadrons of uncommitted Swedish horse and his infantry were superior in quality to mine. We  shall never know........ and most remarkable of all, although we were both plagued by some dreadful command rolls as usual at the wrong time, neither of us managed to throw a double 6 and blunder during the entire game!
By Colin Ashton - November 19, 2014