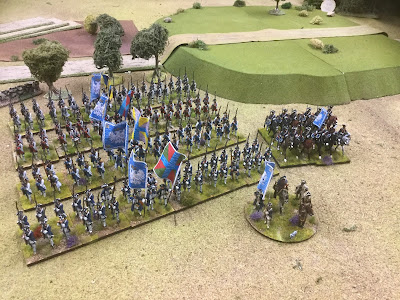 When I saw these lovely infantry figures on the Cran Tara website I just had to have some. They are marketed as Piedmontese but do just as well for the Duchy of Modena. Modena was quickly overrun in the WAS and in the SYW they contributed troops to the Austrians in order to release the latter's units garrisoning North Italy. The dragoons are Minden Hanoverians. I guess I need to do a couple of battalion guns and another general or two. When Graham brings out the grenadiers for this range I will no doubt need to buy a unit, although I doubt they ever operated as converged grenadiers. I ought to buy a Swiss btn. for the WAS (Cran Tara Gardes Francais will do nicely) and maybe another squadron of cavalry as they had a Garde du Corps and a small cuirassier regiment. 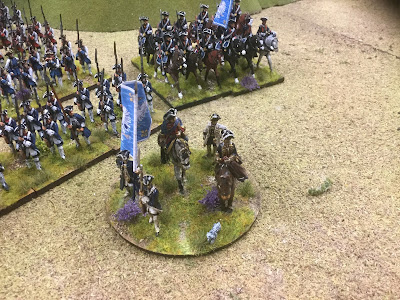 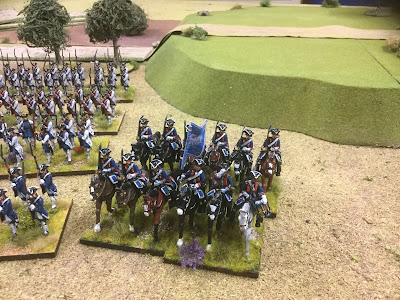 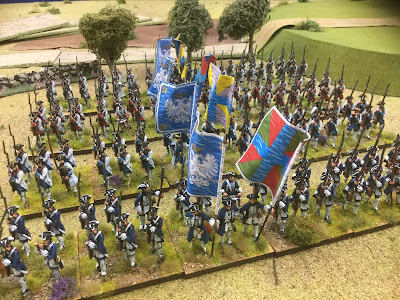 And then I will need some allies such as Spanish or Neapolitans to make up the 'side' otherwise even my hoards of Austrians will just steamroller over them!