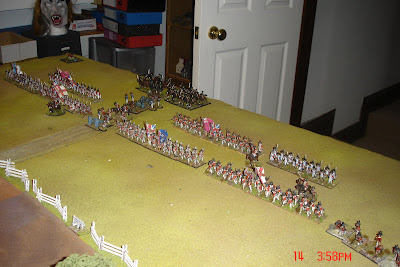 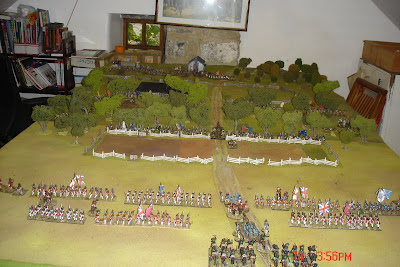 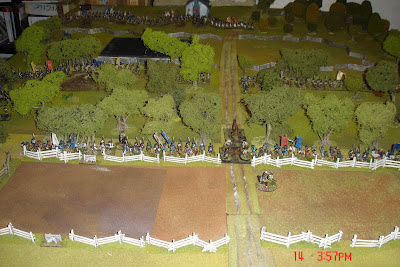 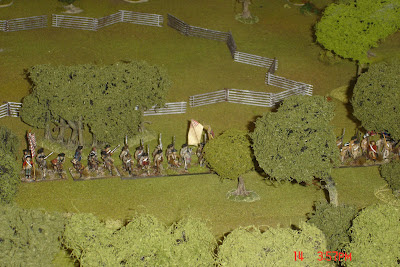 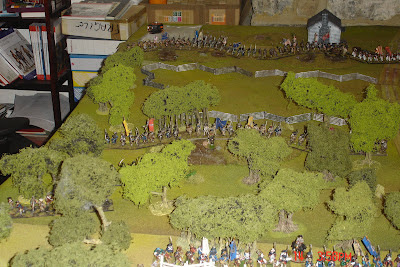 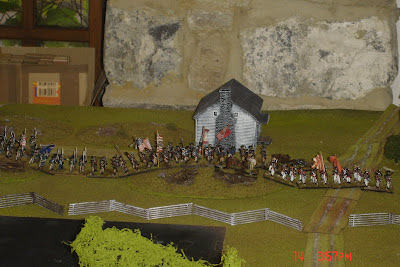 If all goes to plan and we don't get washed away by the rain its a refight of Guilford Courthouse tomorrow. I've just finished setting up the table and laying out the figures so I thought a few pictures would be appropriate. From the top we have the British army advancing towards the three successive Rebel lines. Apart from the areas enclosed by the fencing the rest of the table is classed as wooded/broken terrain. Movement for all troops will be reduced to 6" and all troops will count as being an unclear target for shooting. The area is impassable to artillery and cavalry will have a chance of being disordered as well as onloy being able to move just 6".
The first rebel line are pretty poor militia, rated as unreliable and wavering with reduced dice for stamina and melee. The second line are better militia so are just unreliable. The third line are 'out of the book' Continentals. Only the latter have first fire. The \British will be crack, steady, first fire and ferocious charge. The Guards are also elite 4+. I suspect that the British will loose most of their one off advantages in driving off the first line. We shall see. Normal victory conditions will apply.
By Colin Ashton - August 25, 2012