I bought these FIW buildings off 4Ground a few weeks ago and am quite pleased with their look as well as, in my case at least, the ease and relative speed at which they go together. I don't plan to do FIW 'proper' as in Last of the Mohicans etc, but to expand my already too large AWI collection to cover actions between Loyalists and Patriots (rebels) on the frontier, e.g. Like something out of the 1939 movie 'Drums along the Mohawk'. I have plenty of as yet unpainted settlers, militia, Indians and loyalists so this might do as a side project while I finish off some last elements of my TYW and SYW armies. I have already put an order in with Eagle Figures (now in the NE under new management who is also in the Durham club) for some Shaumberg Lippe Carabineers in order to kick start the imaginary army of the Bishopric of Prunz und Kurstadt, located on the Baltic coast between Prussia And Russia but with Swedish influences. As if I didn't have enough stuff unpainted.....well actually by most wargamer's standards I guess I have rather less than the majority. 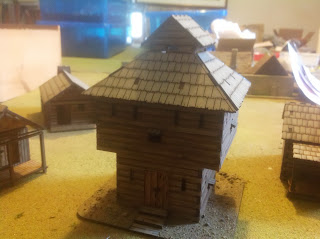 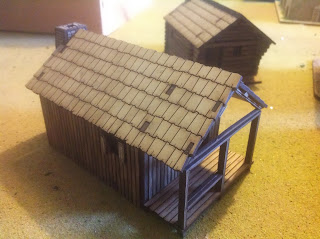 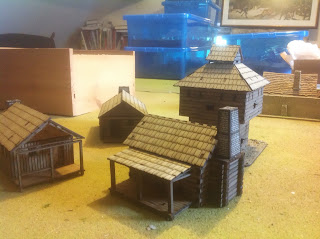