This week at the Durham club saw the end of the latest SYW campaign game. Unbelievably, or perhaps thanks to the excellent execution of an excellent plan, or more likely through utter blind luck and good dice scores, the French defeated the Allied army after an epic three-week struggle. The French right held off a series of assaults by a much stronger Hanoverian force which was repelled after being unable to break through, all the while allowing time for the centre and left to swing round and crush the Allied left. Man of the match must go to Shaun and his (sadly wiped out) cavalry brigade which held up the Allied advance on the French right, buying time for the French attack to develop, followed by some amazing dice rolling.

Its the Durham Wargames Group show this Saturday, and although I have domestic and parenting committments I hope to be able to drop in for a couple of hours to help out if and where necessary and buy some stuff. Here are some rather grainy photos off my phone of the French victory. Almost all of the figures are 40-odd year old Garrison figures from Conrad Cairns' collection. 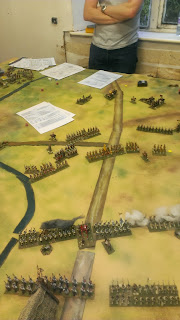 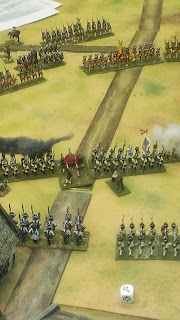 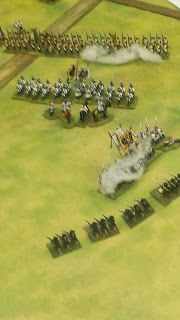 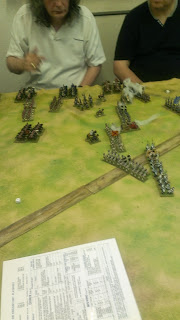 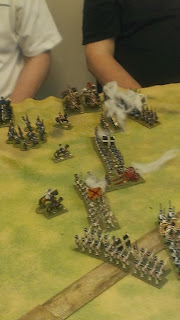