I have just finished basing up six battalions of North Star ex-Helion Austrians for my 1866 project. The final unit to make up the full brigade is nearing completion. 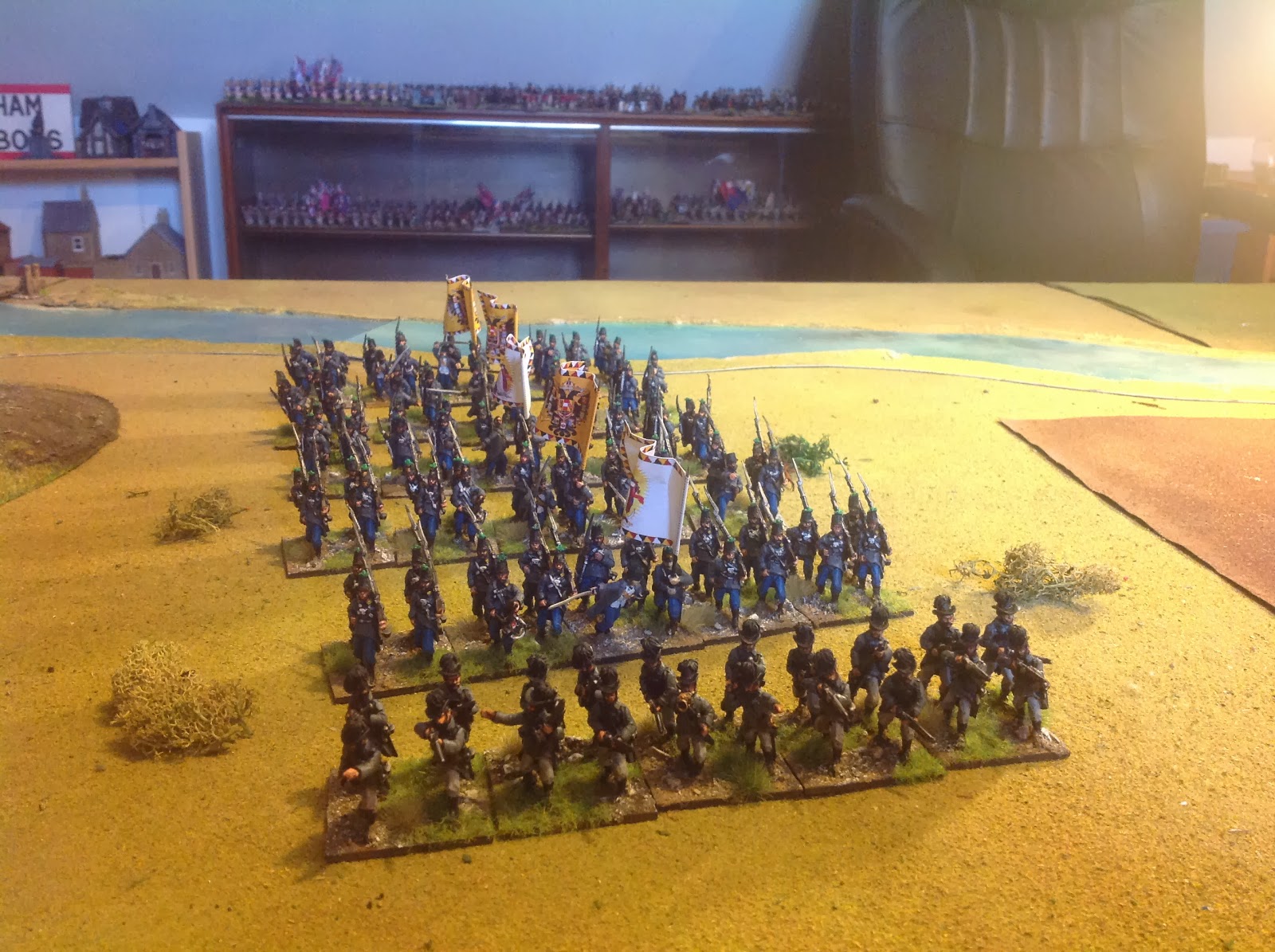 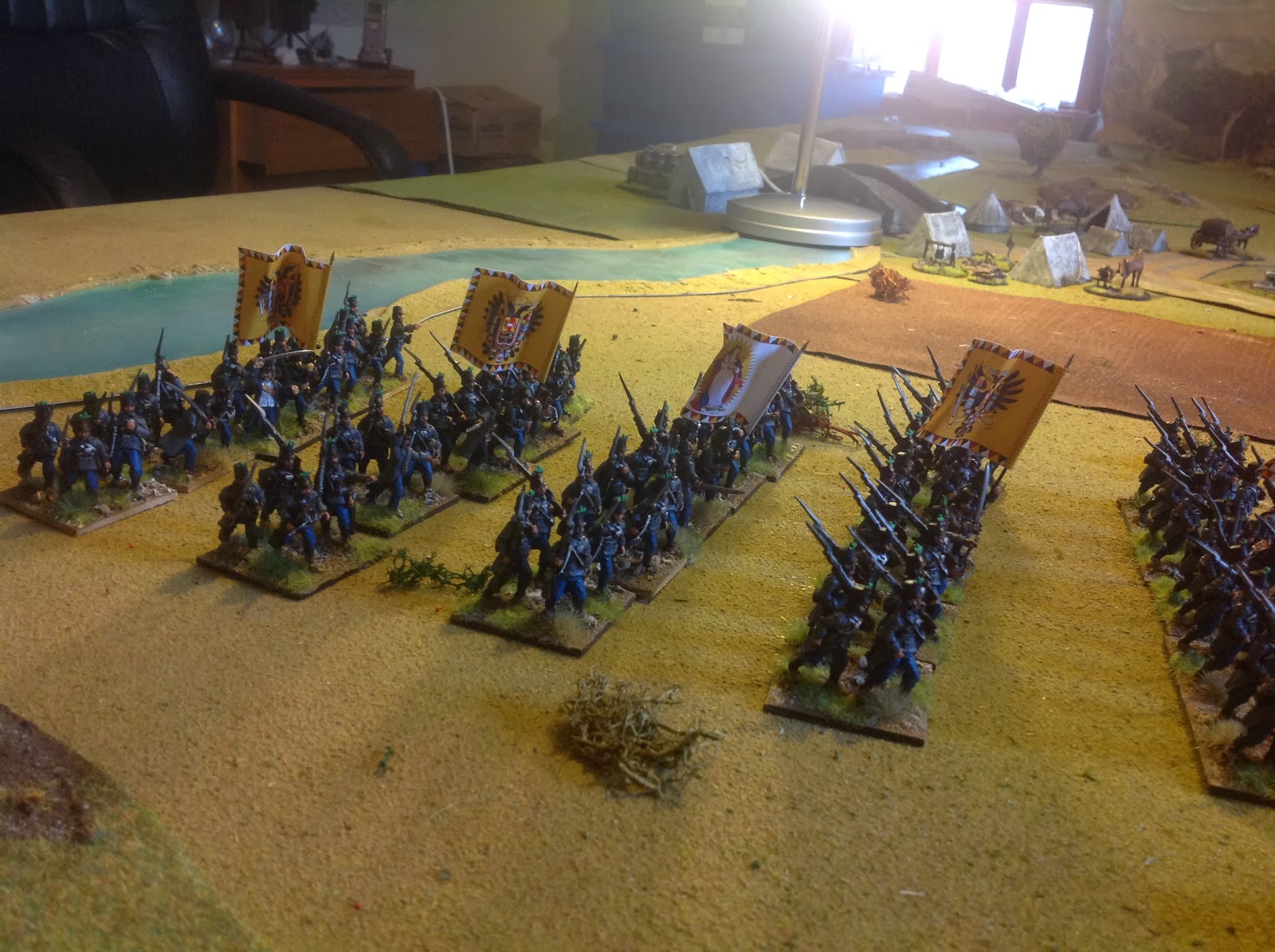 Also pictured are my Bavarians for the same war although they still need the bases doing and flags added. As I said in an earlier post, they didn't wear the Raupenhelm in the 1866 campaign but wore a peaked field cap, so technically I had to find something different. I already had some of these figures from Irregular so it was a cheaper option to bulk them up to brigade strength rather than pay silly money for six battalions of Foundry Franco Prussian War Bavarians. The Irregular figures are actually FPW Wurtemburgers but the hats are about right based on what pictures I've come across, and they look rather nice anyway. 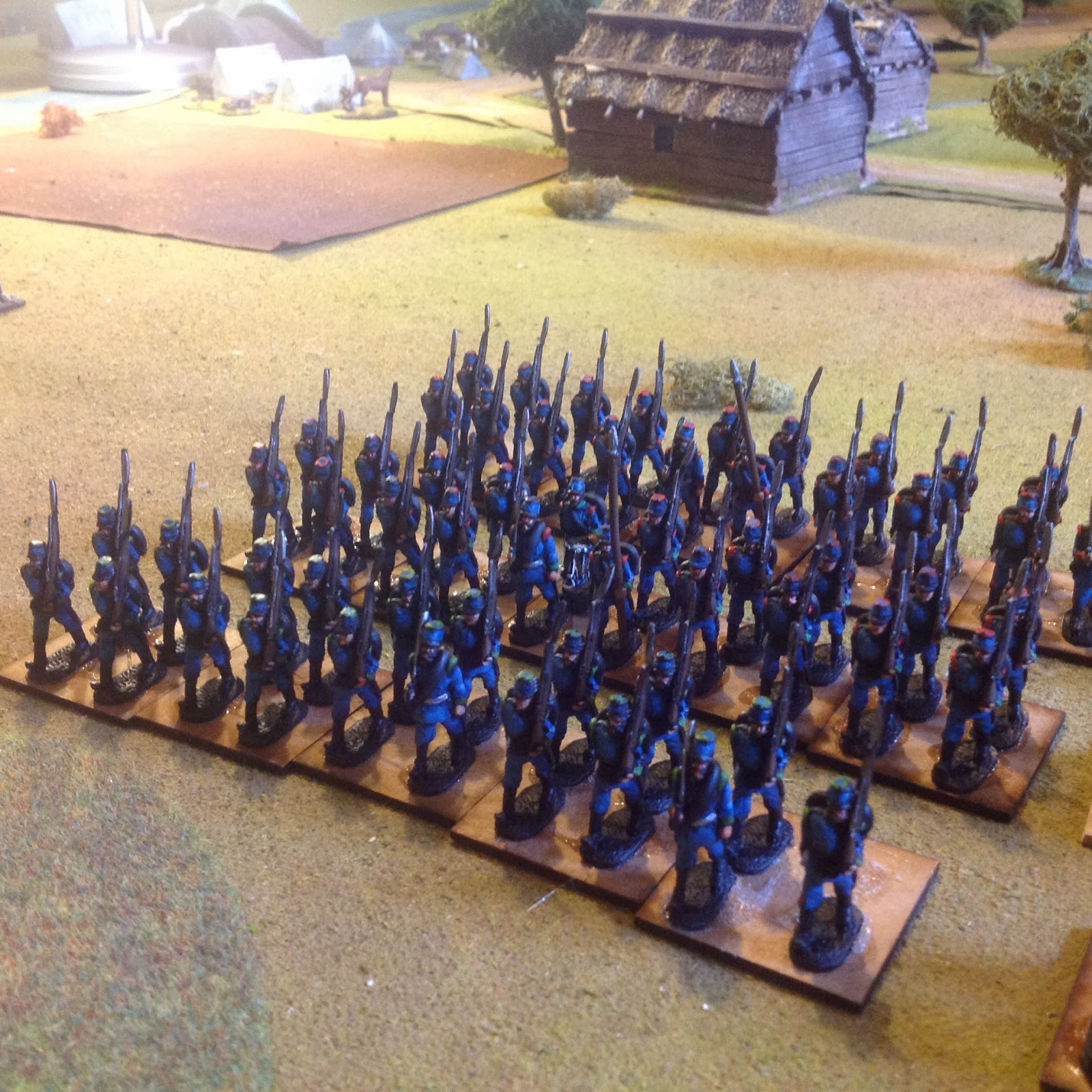 Irregular also produce some nice Bavarian cavalry in their FPW range so I was unable to resist buying  unit of Cheveauleger to represent the divisional light cavalry regiment plus two regiments of Cuirassiers. The latter did bugger all in the real war apart from a splendid 20-odd mile hasty withdrawal but they do look rather nice. 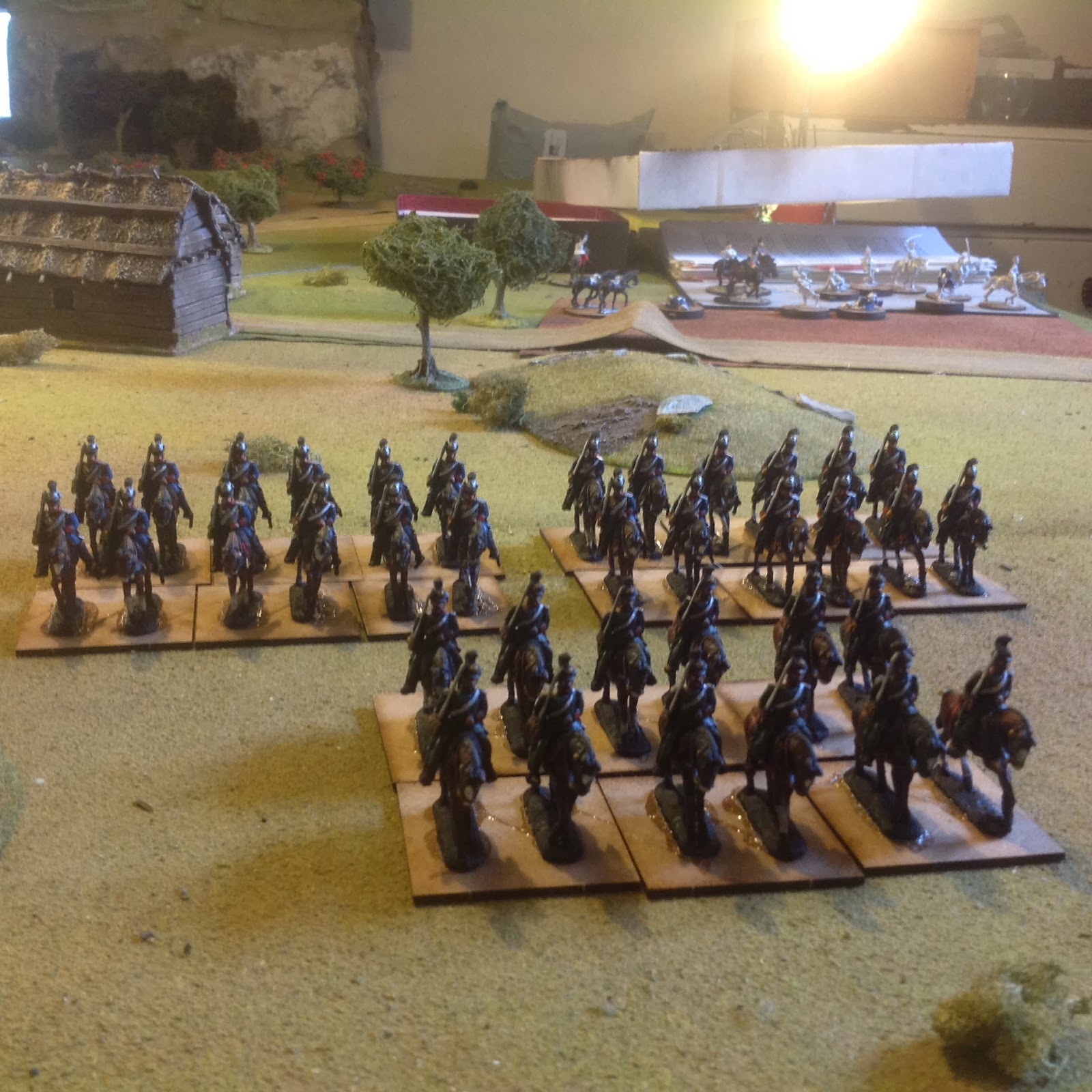 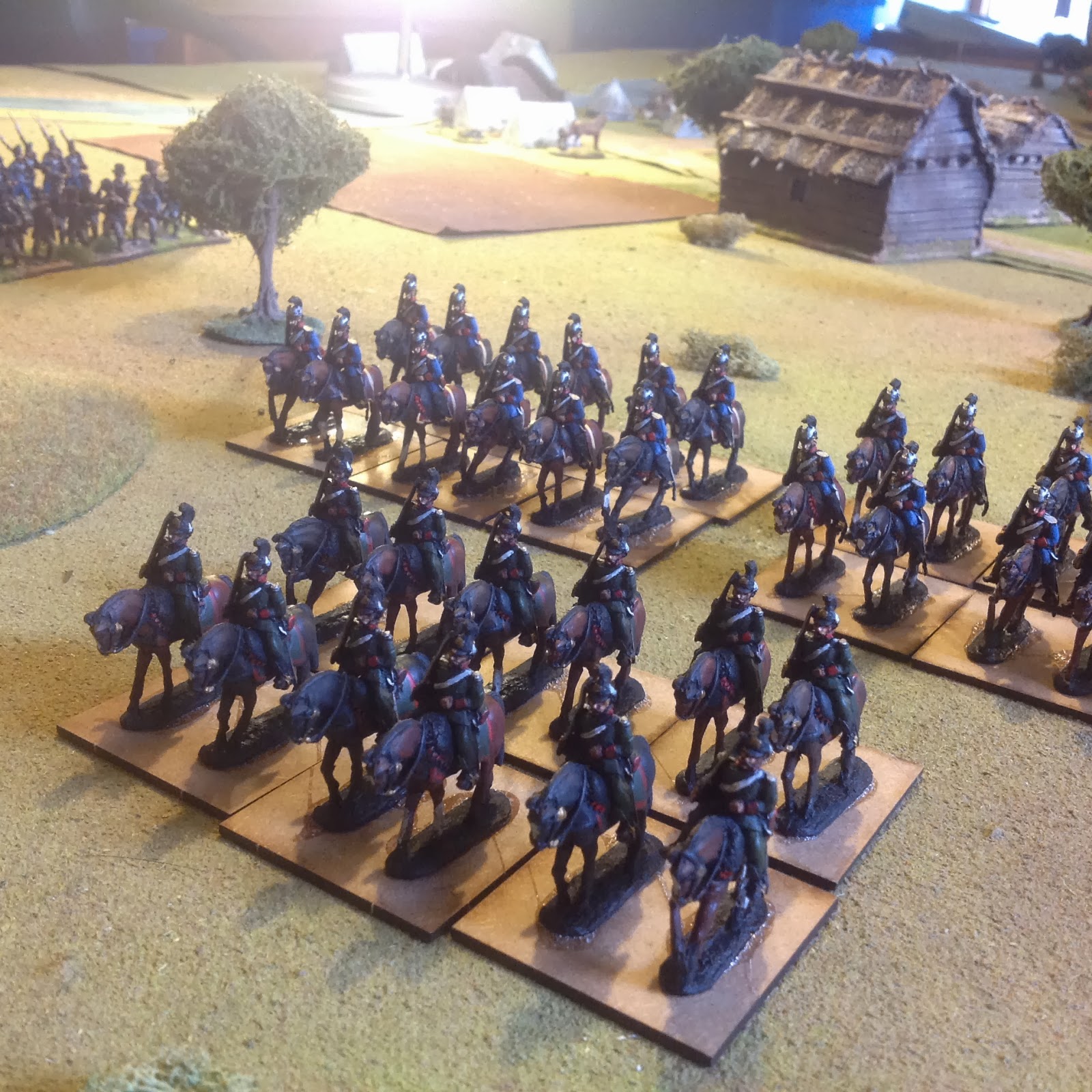 Technically, the Austrians and Bavarians never fought together during the campaign in Western Germany but the VII and VIII Federal Corps were trying to combine so it could have happened, and the diversity of troops and uniforms for this theatre of the war makes a bit of licence perfectly acceptable and irresistible. The figures for my Brunswick battalion (still in black with pale blue facings) arrived yesterday, and I've made a start on the LippeDetmold fusilier btn and the regiments of Saxe-Coburg-Gotha and Anhalt.

I have some Bavarian artillery  nearing completion, again in field caps rather than Raupenhelms and a couple of commanders, one each for the infantry and cavalry brigades. All I need now is to get the Prussians and their allies done! 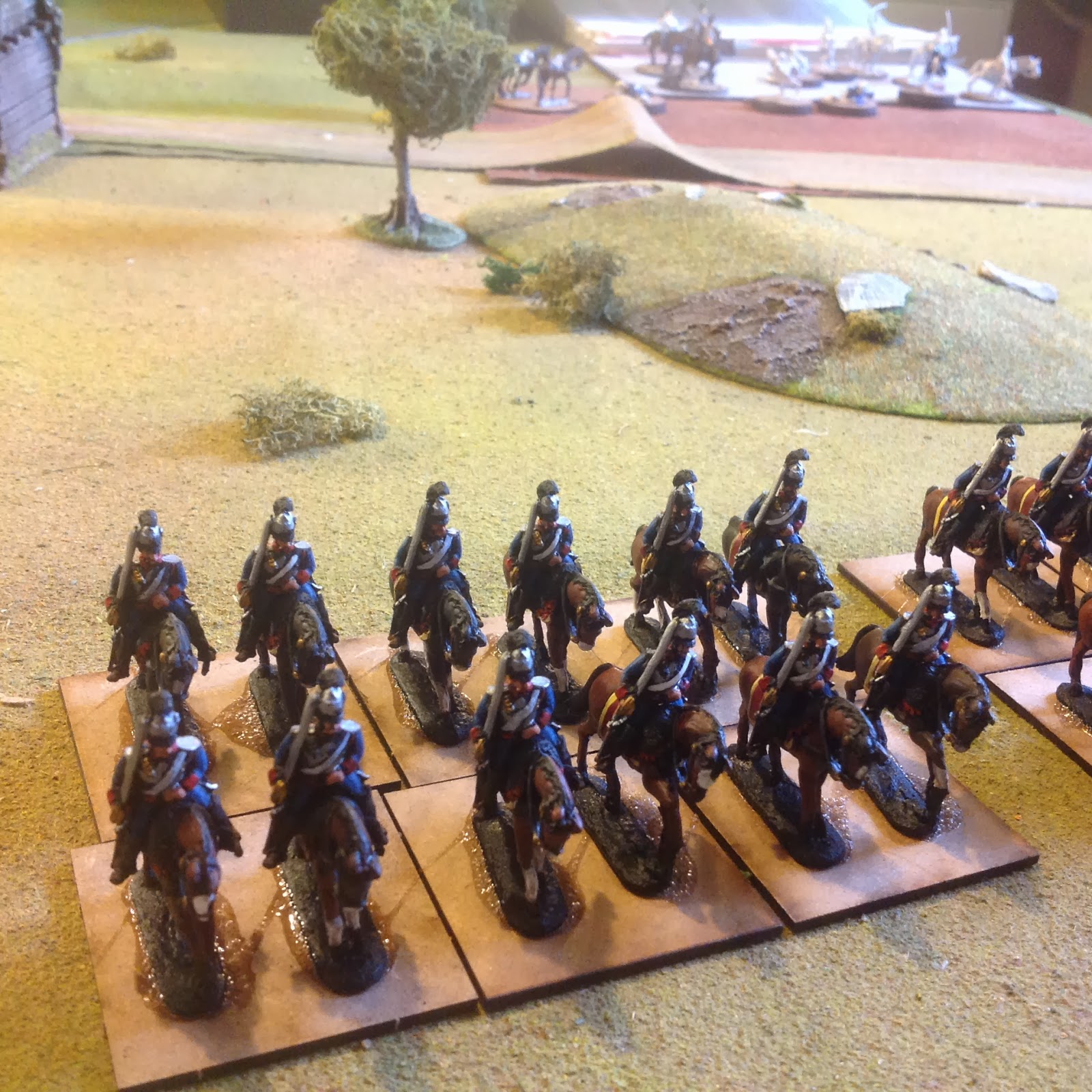