A new Seven Years War regiment, as if I need any more! 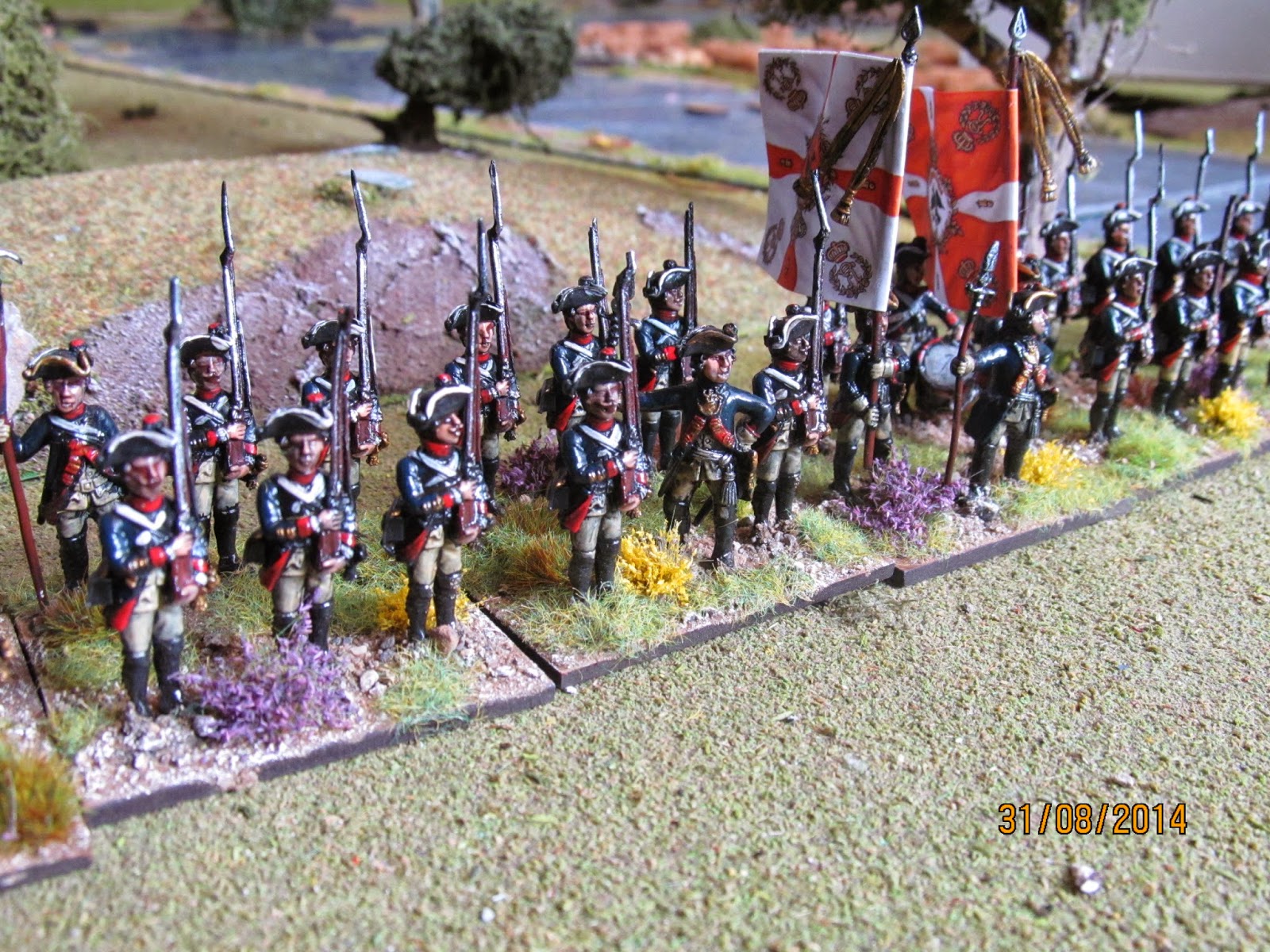 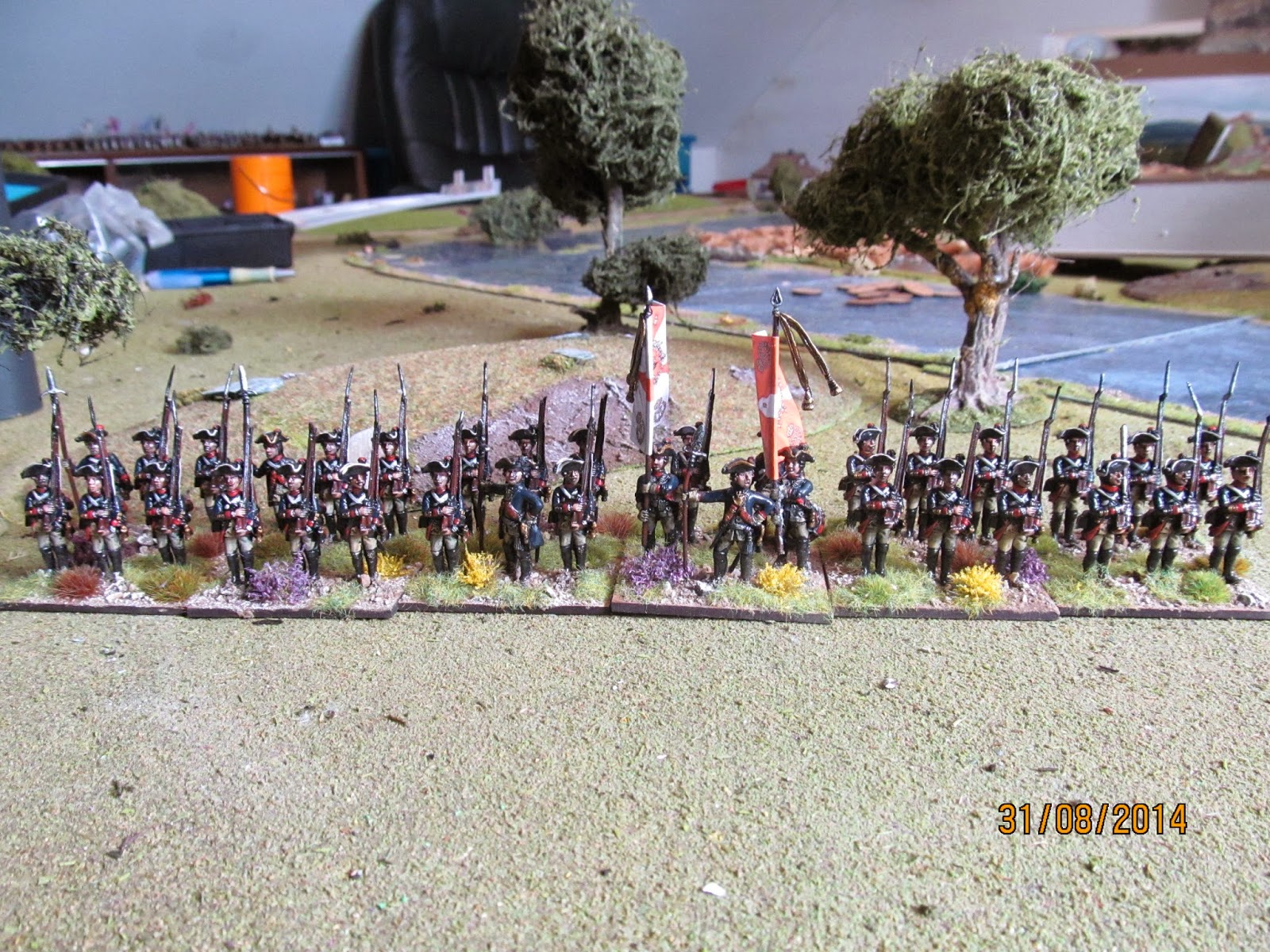 I've managed to base up quite a few Seven Years War units recently, including this new battalion of Prussian infantry, I.R. 16 Graf zu Dohna. The figures are from Black Hussar of Germany and they are rather nice I think, so nice in fact that I've sent off for another couple of battalions worth to complete my Prussian army with the addition of a couple of Garrison and/or Land battalions so I can have a little variety in my army when facing my troublesome Russians or Rob's Austro-Franco coalition. The flags are from GMB.