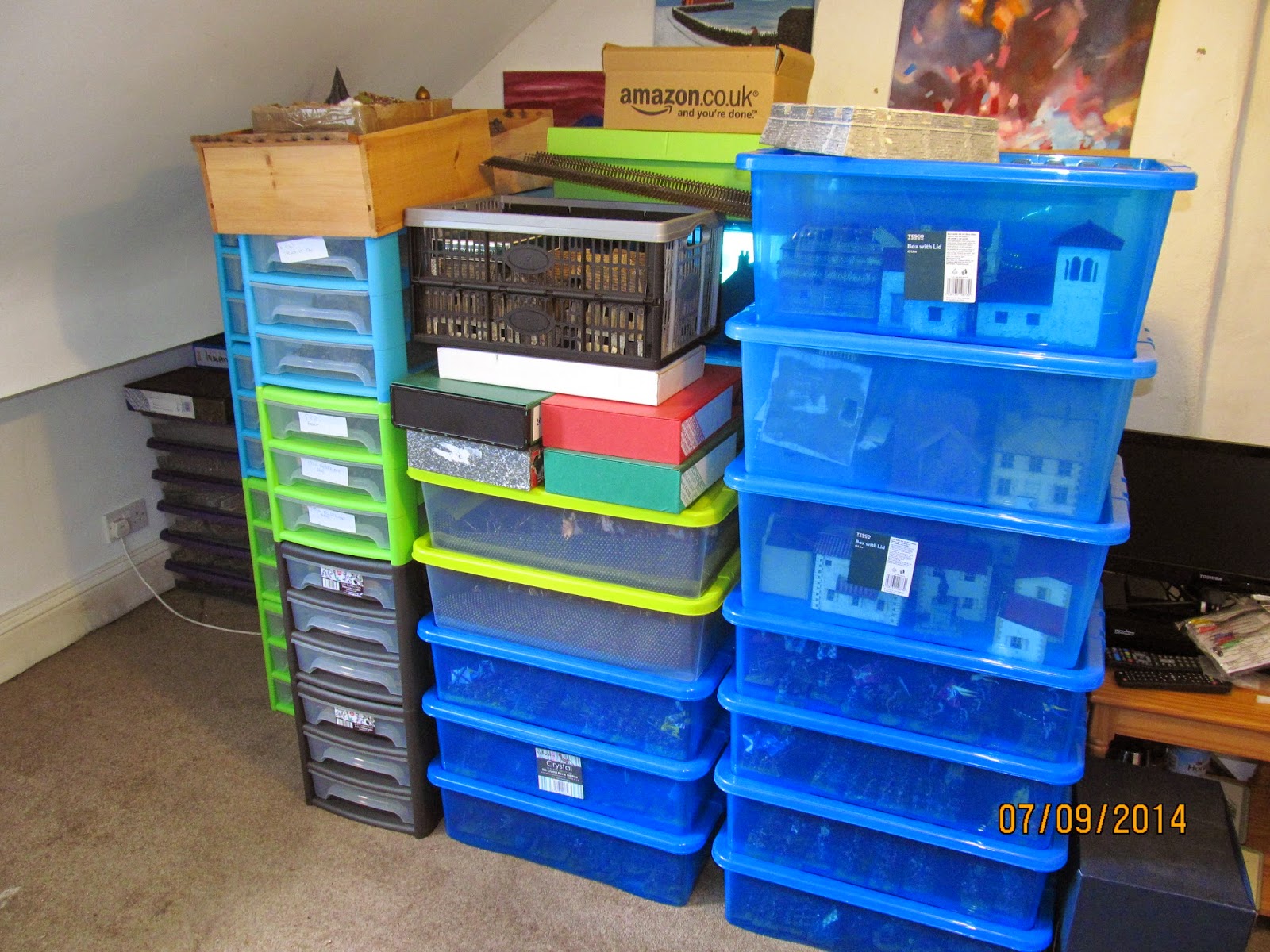 I've managed to pack up most of my collection before the big move to accommodate the builders and then get set up again in better bigger and higher premises. These boxes (which are two or three deep by the way and there is more out of shot to the right!) contain a scarily awful lot of figures, most of which are painted, and some of which I had actually forgotten I had, including a large 28mm Wars of the Roses collection and loads of 6mm Napoleonic French and Austrians which I said I would look after for a friend about 10 years ago or more.

The garage conversion starts on Wednesday or Thursday so then all I have to do is get a new table built, storage organised and then move this lot downstairs from the 1st floor. I think that will be a job for 'Mellors'.