Two new units graduated from boot camp this week. The top two pictures show the Brunswick Leib Regiment. These are mainly Black Hussar miniatures with a few Minden minis and a Front Rank colonel added to bring them up to establishment. The original unit of Hesse-Kassel infantry was bought off eBay last year but Hesse-Kassel flags are boring so this unit was transferred to Brunswick-Wolfenbuttel service (with far nicer flags) after a quick and minor paint job. 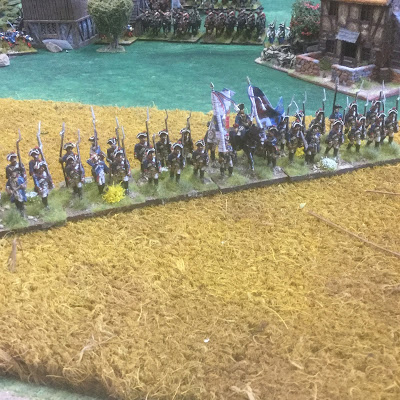 The next unit has a similar provenance as the one above. I had the flag, unused and purchased off Maverick Models ages ago and was itching to use it. I had to repaint the mitre caps and add half a dozen more figures to bring them up to my preferred strength of 36 but I think they look great. They're mainly Foundry miniatures. 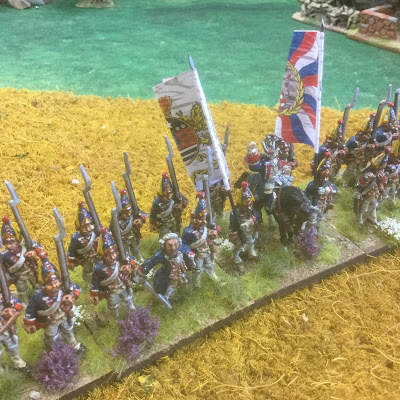