This weekend saw 21 members of the above forum (and two wives) get together for a weekend of wargaming, banter, good food, fine ale and carousing into the wee hours at Chesford Grange in Kenilworth. The event was organised by Graham Cummings (Cran Tara Miniatures and Scotia Albion). There were four games; the Battle of Soor 1745 organised by myself and Robbie, Sands of the Sudan using Peter Gilder's iconic Sands of the Sudan rules led by Dave Docherty, a Great Northern War battle from Paul Robinson and a 40mm Battle of Chotusitz 1742 by Steve Metheringham and Mark Dudley. All the games were played on both days giving attendees the chance of taking part in more than one battle over the weekend. It was great to spend the weekend with like-minded  wargamers with a passion for the hobby. It was of course also great to have my wife with me too :-)

I will post a more detailed account of the Battle(s) of Soor tomorrow, but here are a few random photos of all the games played over the weekend. 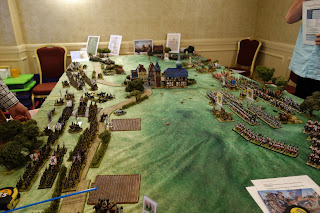 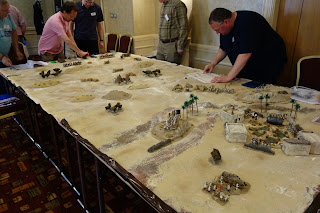 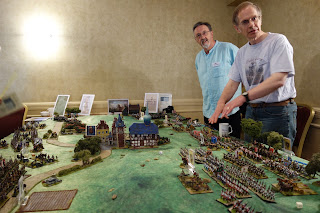 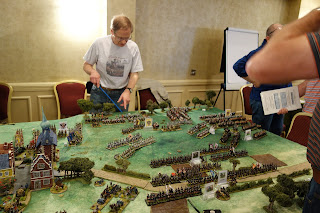 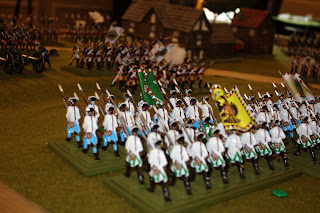 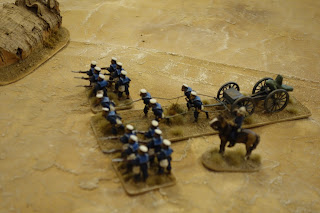 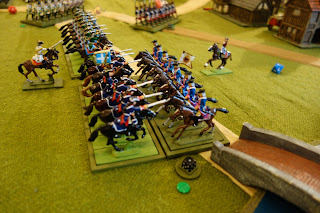 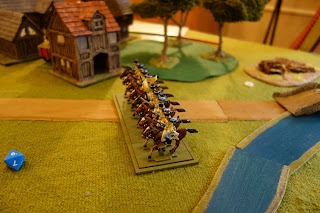 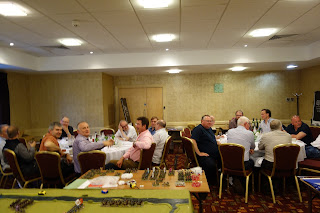 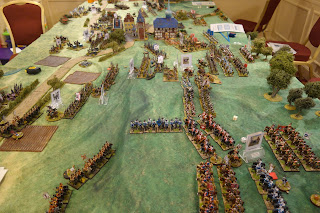 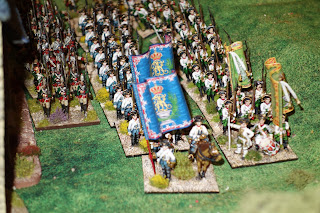 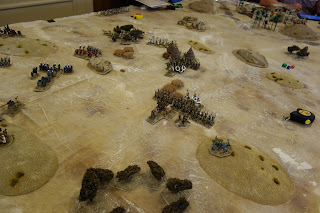 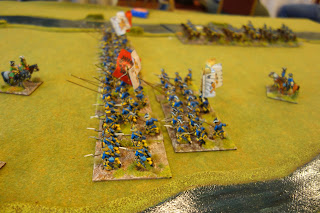 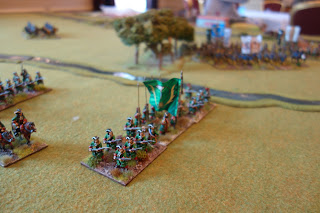 The venue was excellent, as was the food, the company likewise and the 'Ubu' beer was lush! The weekend was even better than I had expected it to be. I would rather do this than go to a typical war-games show, as the games are for 'us' and not the public and organisers. We also got fed and resupplied better.

Without going into too much detail, the weekend was not a good one for the Prussians, being narrowly (or not so narrowly if you were Robbie) defeated on both days.
By Colin Ashton - June 12, 2016