Tomorrow's game all set up and ready - ACW

I have a very nice ACW collection in 28mm, bought off Paul Stevenson a few years ago. They've only ever been on the table twice since then as I'm afraid my bug for 18th century has run rampant! Anyway, Robbie and John are coming up tomorrow for a game using the new Glory, Hallelujah Black Powder supplement. They've both used this supplement and say it is good, so I am looking forward to an enjoyable day of blood and mayhem on the tabletop. The experience might even prompt me to reorganise the armies and rebase the artillery, something I've been meaning to do since I acquired the troops. 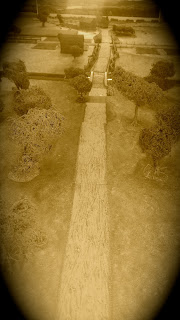 The peaceful quiet of the Durham Valley will soon be shattered when advancing Union forces make their entry, exiting Scutterhill Gap and  down the Stanhope Turnpike. Control of the pass and the road junction are vital to their success, as is denying the Confederates access to any supplies in the immediate area. Off table to the south is the town of Auckland Junction with its all important railhead which is their ultimate objective. 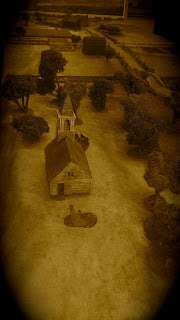 The scenario will be an encounter battle with the fictional Union Grand Army of the Northumberland on the offensive against the smaller but better quality and equally fictitious Confederate Army of the North Apennines. I've sort of transferred the action to an imaginary secessionist state based on my own County Durham. Why not?