Yesterday I made a short visit to this year’s Border Reiver Wargames show at the Gateshead International Athletics Stadium (the irony of this when one sees the vast numbers of, er, vast wargamers in attendance shovelling bacon and sausage butties and burger and chips into their mouths  is never lost on me, in a smiley sort of way).

I have a few photos of some/most of the games, most of which were ok but not outstanding. The exception in my eyes were the Westerhope Napoleonic game which was the sort of game I like, I.e. a Big game. The star of the show was Captain Jacks Ghost Archipelago/pirate game. It was big, 18’ x 6’ I think and the figures were great and terrain and ships were simply superb. I didn’t take pictures of all the games, either because I missed them or they weren’t my thing but here are the ones I did: 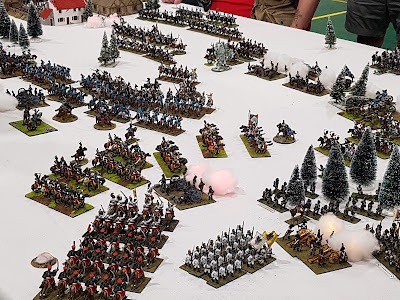 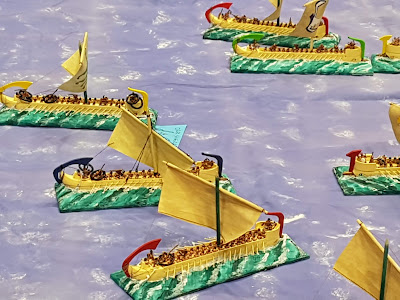 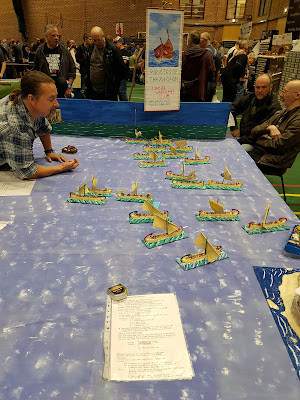 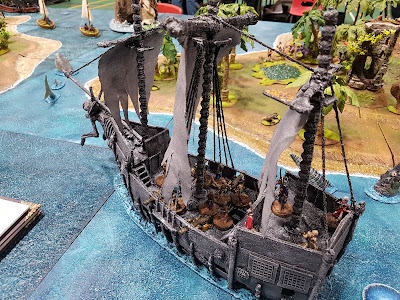 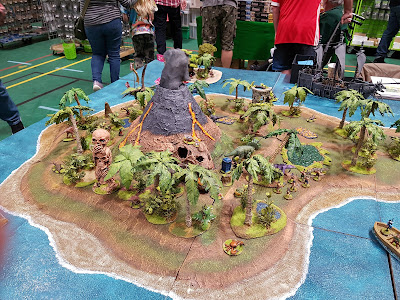 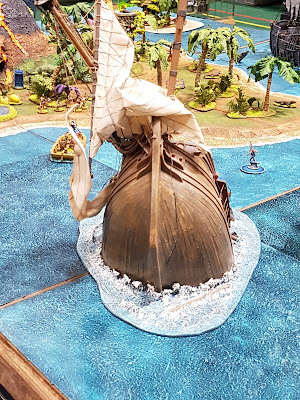 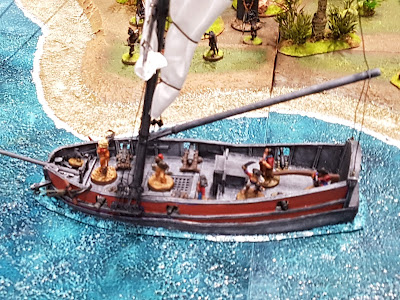 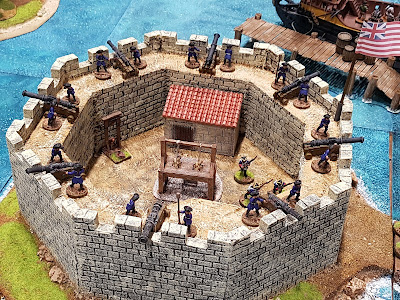 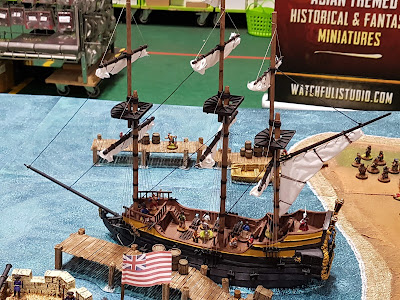 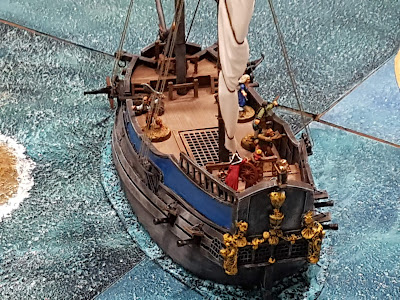 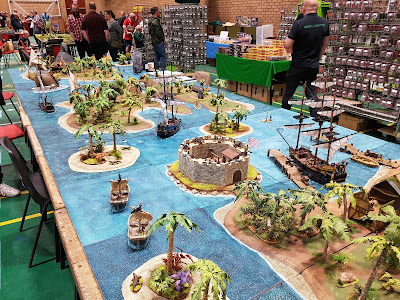 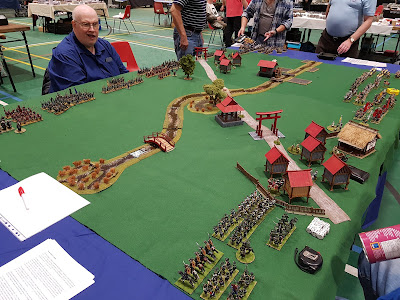 The trade was well represented and I managed to buy everything on my shopping list, e.g. some more poplar trees from Last Valley, a few MDF bits and bobs off Warbases (limbers) and two units of 1670’s foot off  Northumbrian Painting ex Reiver. The latter are sold as Brandenburgers for the Scanian War but I just fancied a couple more generic units with exchangeable flags so they represent troops from The Bishopric of Munster, Savoy, Venice or the Empire. Or anyone else for that matter, although I plan to do them in brownish coats which kingdom of restricts them the Munster and the Empire. We shall see.  They're nicer figures than some the earlier Reiver castings in this range. I passed on a unit of horse for the time being though as I wasn't sure of exactly what I wanted. Apart from some paints that was it. As always, the best part of the day was bumping into lots of friends and acquaintances from all over the NE and Scotland. I was glad to see my old mate Joe was still with us, and more glad to hear that my mate Jim has been given the all clear.

Big thanks to John the Red for giving me a lift. The next show I am planning to be at is Battleground in Stockton on 24 November, where I shall be putting on a large French Revolutionary Wars game.