A few more for the Italian Wars

These units came to the end of the production  line this week and have gone off to join their respective factions to fight over Italy. First of all are six Eureka mounted 'archers.' While I've not really decided upon how to use these in a game I thought making them Neapolitan was as good an idea as any, to reinforce my Spaniards. Anyways, these are lovely castings so deserve a place somewhere in my collection. 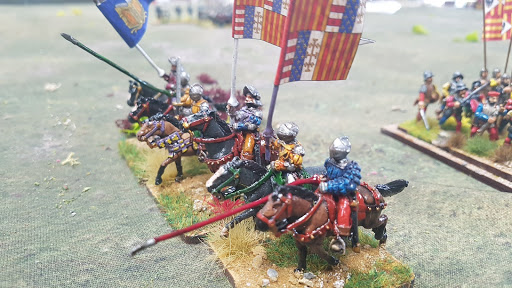 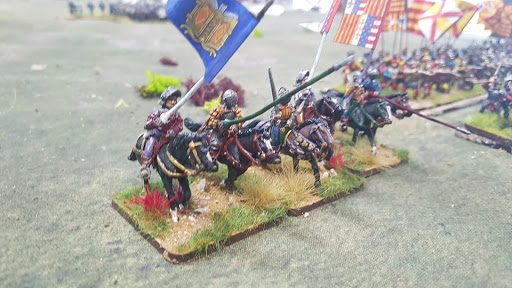 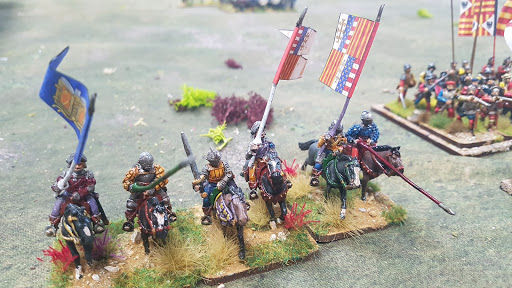 Next is a block of 36 French pikemen with some arquebusier skirmishers to their front. These are Front Rank Figures, and I wish I'd not mixed all the different figure poses in the unit. But they're done now. I deliberately chose dark sombre clothing to go with the black and white flag of Piemont. 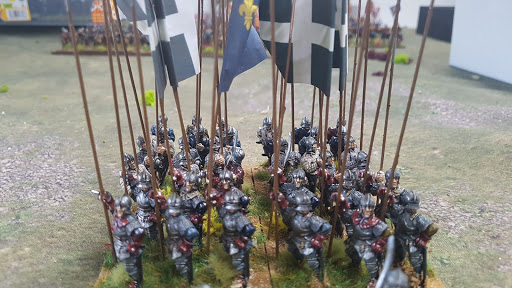 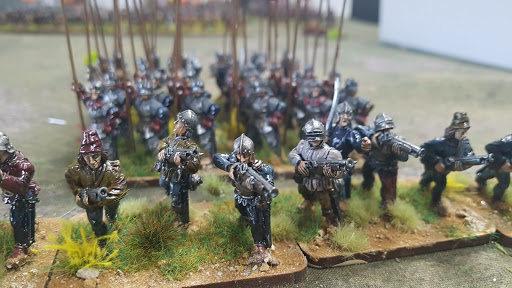 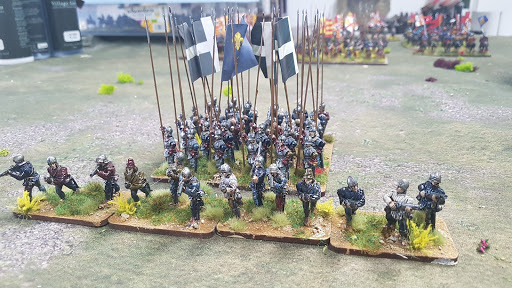 I quite like the arquebusier figures. All the castings are from Front Rank's Wars of the Roses range, but I reckoned the older style armour wouldn't be out of place with a unit of French pikemen from the late 15th century.
By Colin Ashton - August 02, 2020