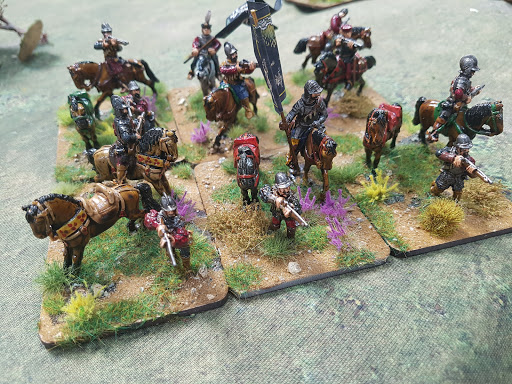 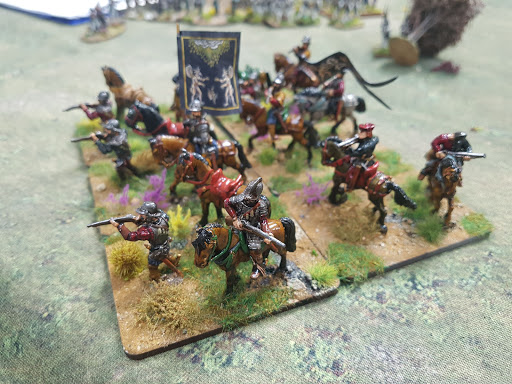 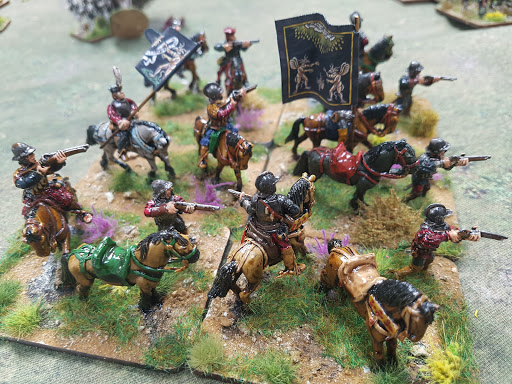 I finished these today. Twelve Italian Wars mounted arquebusiers. With a couple of exceptions to bring them up to strength as two six-man units, these miniatures are by Mirliton in Italy. I think they're really quite nice and certainly paint up easily enough. I'm not wholly convinced that this troop type didn't always shoot from the saddle. Mirliton must think the same as you get a mixture of mounted and dismounted castings which is a nice touch. These figures represent part of the Bande Nere after the death of Ludovico de Medici, also known as Giovani della Bande Nere, so are a bit late for my collection, but the figures are nice and I get to use the splendid devil flags from Pete's Flags. I thought I'd use largely darkish colours, primarily red and dark grey in contrast to my usual more colourful appearance of my other troops. Now its back to painting my Florentine football team.
By Colin Ashton - August 18, 2020