A rare midweek game this Tuesday afternoon when Richard and Conrad came to refight the battle of Tsushima in 1/2400 scale (I think and happy to be corrected). I was the Russians so could hardly do any worse than in real life! Here are some photos of Richard’s gorgeous ships. 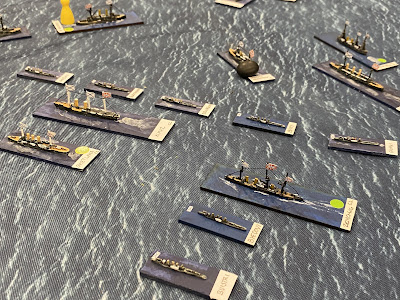 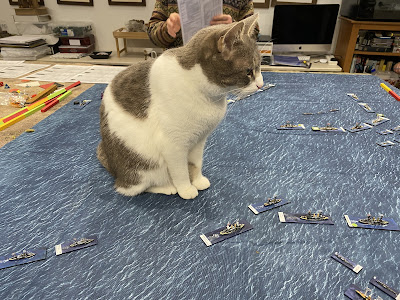 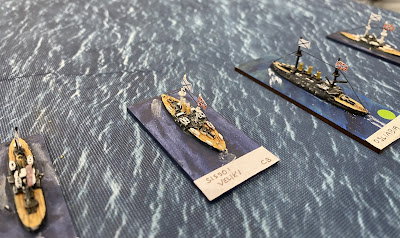 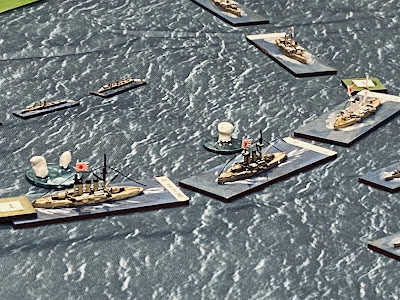 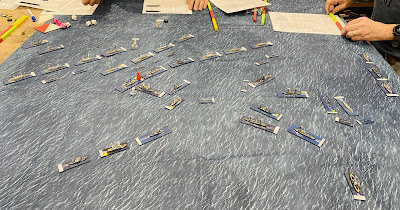 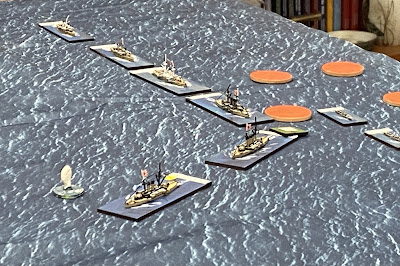 Somehow the Russians managed to pull of a marginal victory as they were able to sink far more Japanese than we lost. The Japanese main battle squadron was pretty much intact however, unlike the Russian battleships, some of which had taken a battering and one had blown up.

The rules were excellent and very easy to pick up and had a bit of the flavour of pre-dreadnaught naval battles. Thanks to Richard and Conrad for a pleasant afternoon.