Tirailleurs Senegalese for the fall of France project.

I’ve almost finished this battalion Senegalese Tirailleurs, ie I need to give the bases some tufts when I next do a ‘tuftathon’ later this week here at the Burrow. 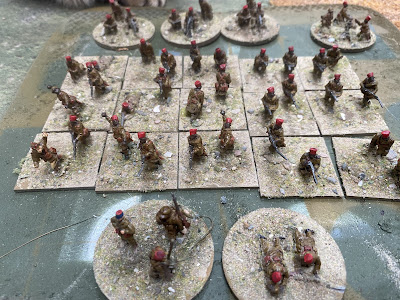 The figures are all Early War Miniatures. 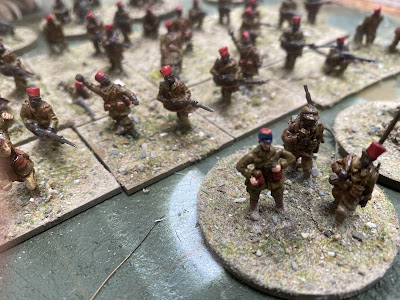 There are three rifle companies, a machine gun company plus HQ. I suppose I should give them  a cart for their mortar and eventually they will have an attached anti-tank gun. I know they should all be wearing tin helmets but I wanted to differentiate between this unit and the next one off the blocks which is a bog standard metropolitan French battalion.

The rest of my planned French force includes a unit of dragons portees, motorcycle company and some armour, of which I have far too many in the box of doom. Oh well…..at least I will have a choice.