Just for David B: More Russians for Suvarov in the Alps, and the first of the French.

More progress with my FRW Russians and French for Suvarovs campaign in Switzerland. 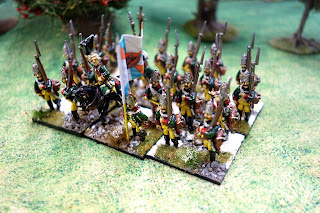 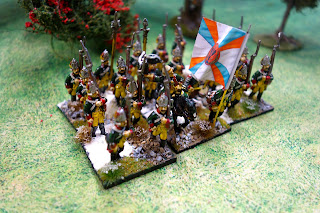 The two photos above are of one of the fusilier battalions of the Moscow grenadier regiment. (Eureka Minis) 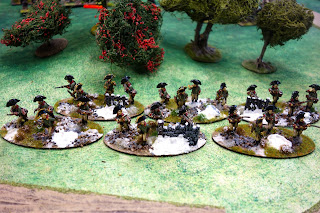 This photo and the two below are of the7th Jager regiment, again Eureka miniatures. 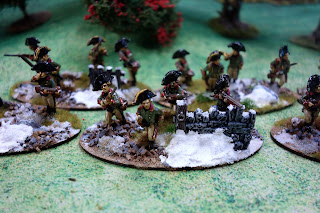 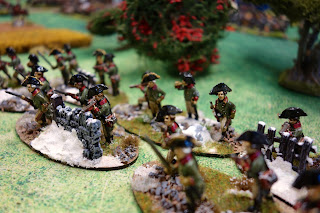 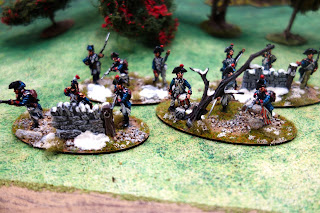 The following are pictures of my first French, Elite Miniatures, two btns of the 13th Demi-Brigade and some skirmishers. 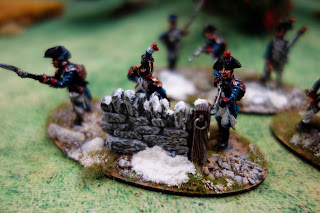 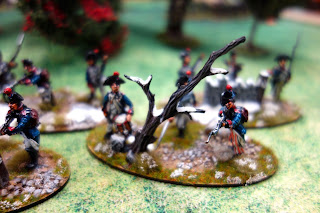 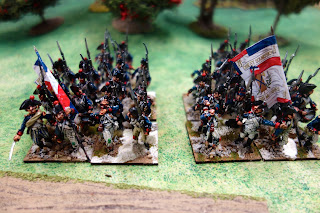 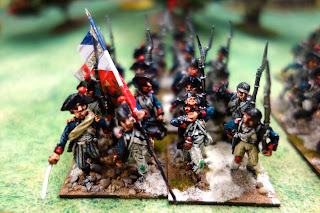 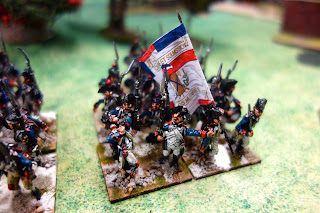 I'm working on the third battalion of the 13th DB and a composite battalion of grenadiers for the French and a regiment of two battalions of Russians in greatcoat from Eureka that I bought off plan so to speak as they're not yet listed.

I need to do some artillery and cavalry plus a few commanders, but there's plenty of time.......or maybe there isn't.
By Colin Ashton - September 16, 2016