During Suvorov's campaign in Switzerland he was woefully short of artillery. The field artillery that'd operated with his army while campaigning in Northern Italy had been sent by a different route back into Switzerland and Upper Germany so the only guns at his disposal were a couple of dozen ex-Piedmontese mountain guns. These were normally transported on mules but the shortage of suitable draft animals was so dire that the Russians were forced to 'request' that many of the Cossacks give up their ponies (which were their own personal property) in order that the guns and sufficient provisions and fodder could be carried to supply the army.

A few years ago I nearly started a 1st Carlist War project in 28mm using the excellent Perry figures but although I painted up most of the figures I just couldn't get enthused so sold it all on eBay. I did however keep my mule-born mountain guns for a rainy day. I even managed to lay my hands on them  in the bottom of the 'box of doom' as well! 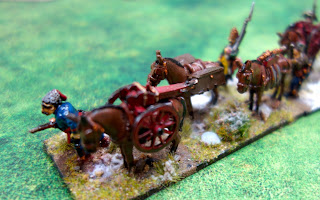 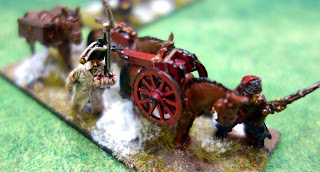 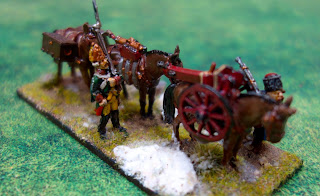 I already have the gun crews done, as indeed are the deployed pieces, but I am pleased with the way this battery has turned out. I doubt they will be much good in a game though, well they are only one and a half pounders! Ive not found out what colour Piedmontese pieces were painted so I've gone for a dark red. I doubt the Russians would have repainted them. 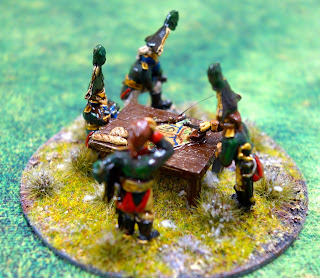 Moving on, some Russian generals trying to work out how to get over the Alps (Foundry figures) 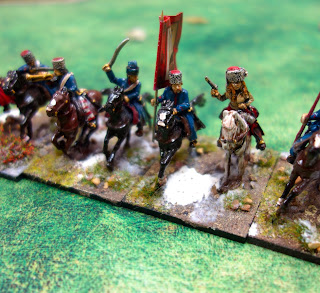 The next few pictures are of my latest Cossack sotnia. With the exception of the female and the guy on foot they are all Crusader miniatures. The chap on foot is a Foundry SYW Cossack and the female is a figure I picked up off eBay a while ago. 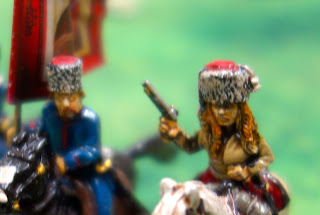 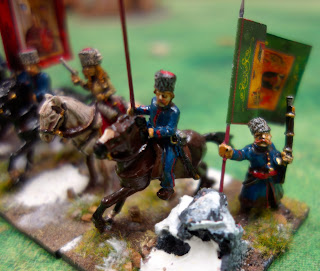 I will now get back to more Austrians and my final battalion of Russian jager.
By Colin Ashton - January 26, 2017