Another Demi-Brigade is mustered: A Batavian one this time.

I picked these Dixon French in Egypt figures ages ago and they've been waiting to be base up for around a month or two. They're a little on the small side when compared to their comrades in arms from Elite and Trent but massed together they look good. I'm not entirely sure that greatcoats were issued to the French infantryman in Europe during the FRWs,  let alone Batavian ones but as both my 1799 projects are set in the winter they might have acquired some. Who knows?

Now I know I already have more than enough French for my Suvarov in Switzerland and Italy project so I thought that I would 'flag' these as a Dutch/Batavian Republic Halve-Brigade for my 1799 Anglo-Russian expedition to North Holland. The flags can be detached and replaced with French ones if necessary. 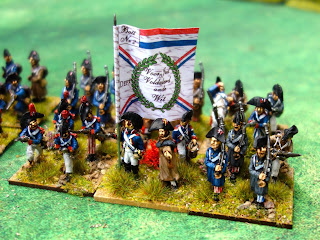 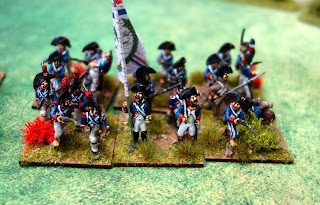 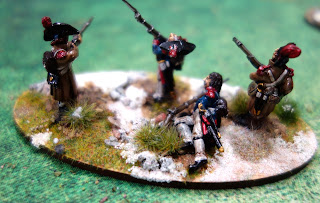 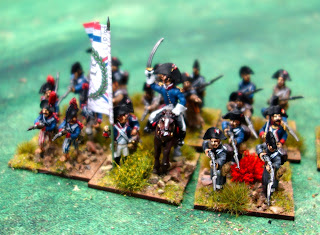 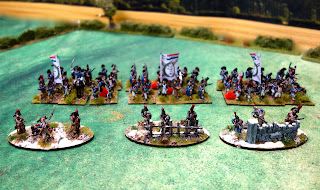