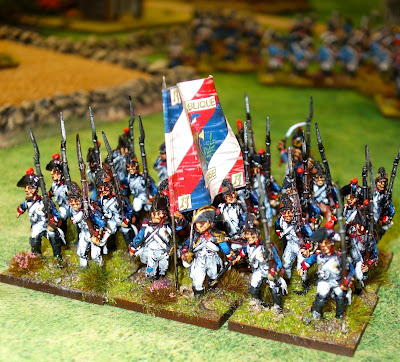 I seem to have done these with 28 figures rather than the normal 20 or 24 but once the grenadiers are detached they'll be the same size as all my other French. I have another four-gun foot artillery battery, a coastal battery, and some cavalry left to do along with some vignettes and other tabletop ephemera, then the army will be complete........? Really?
By Colin Ashton - July 31, 2017