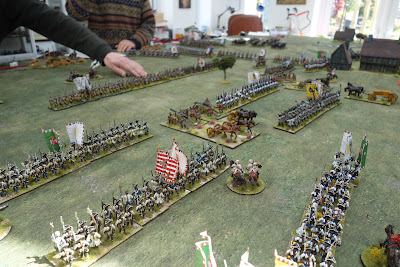 It was a thoroughly enjoyable yet tough game and a great first game for my new room. The rules worked well (except where I forgot important bits of them, being very rusty). I think everyone else had an enjoyable game too.
By Colin Ashton - May 03, 2018