John the Red and I popped down to Newark yesterday to visit Partizan. 'Popped' is the right word as from Middlesbrough it was a leisurely 1 hour 40 minutes door-to-door, arriving a little before 9:30. Thanks to the organisers here as they had made sure that nobody (often traders) hijacked the disabled parking spaces as is so often the case at wargame shows, and we were able to park within a few feet of the main entrance, and only a few feet more from an ice-cream van. There wasn't much of a queue and the organisers let us in early, possibly wanting to avoid punters from succumbing to the heat while waiting outside. After a brief chat with Duncan at Trent Miniatures John headed off to the book sellers while I trundled in the opposite direction to take a look at the games. Below are the 'photos wot I took' or the better photos at any rate. Those games omitted is not a suggestion that they were not up to scratch, more likely that my photos weren't good enough or I missed them. I didn't photograph many of the participation games. Again, the majority were good, but some were, well, silly. 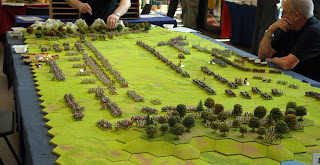 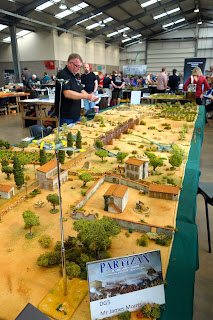 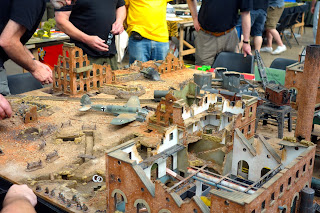 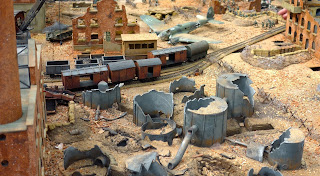 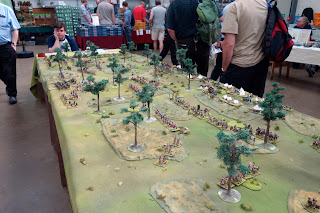 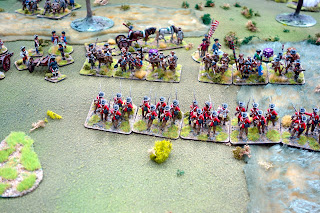 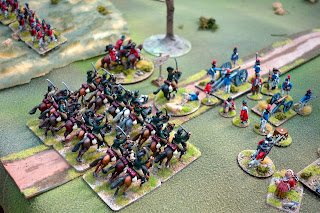 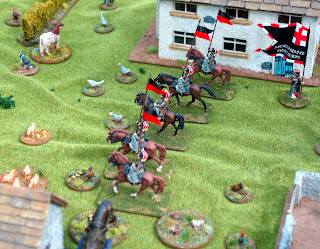 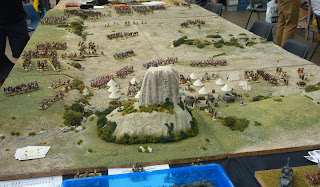 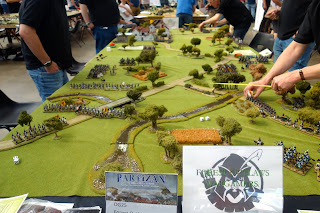 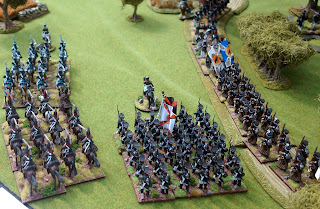 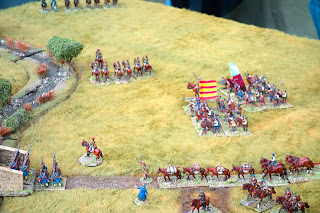 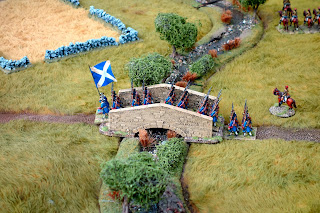 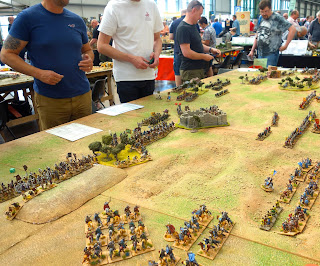 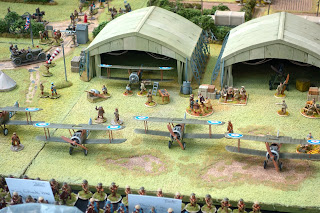 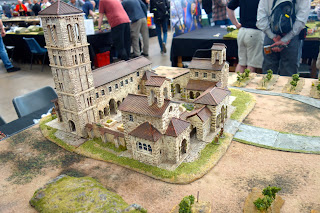 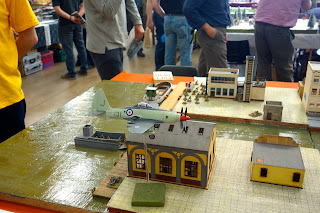 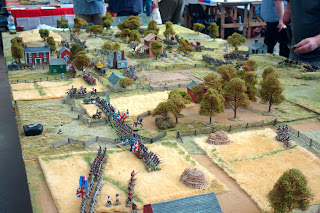 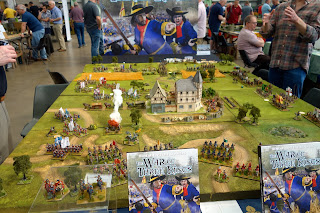 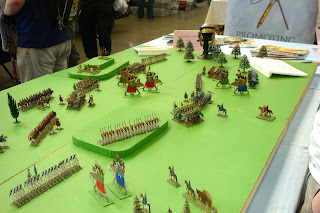 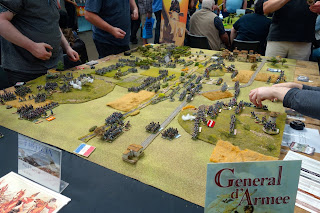 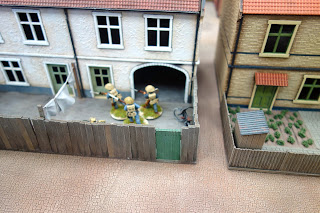 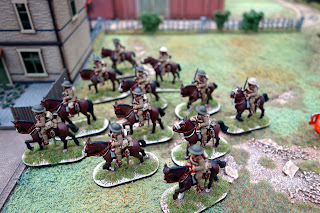 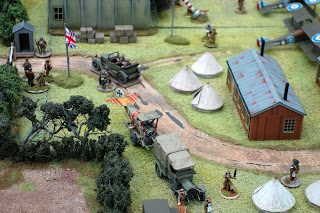 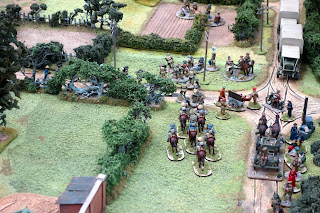 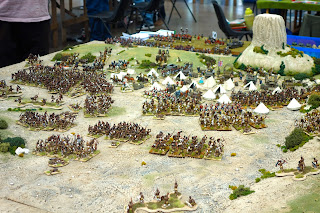 Well there you have it. Some excellent games on show, both demo and participation. There was a definite trend towards the use of cloths rather than terrain boards. Many of the cloth-based games looked good, great even, but in others the standard of cloths used was a bit poor to put it mildly. Certainly the very good home made ones and the commercially available ones look great, as did many of the terrain board games. Effort is still required whatever your chosen medium, and at Partizan there was oodles if it!

I had a good chance to catch up with and speak to lots of friends and acquaintances from the wargames world. (Charles, did you get me message on messenger with the info you wanted?). There were others who I saw but couldn't catch  up with, and it was rather nice when on a couple of occasions chaps, complete strangers, came up to me to say how much they enjoyed this blog.

And the swag? A few bits of terrain (impulse buy), plus some pre-ordered terrain for my 1799 Switzerland project. I also picked up six battalions of French infantry in 1792 uniforms from Matthew Fletcher of 'Three Armies' miniatures' recent kickstarter, like I need any more. I also collected 60 painted cavalry off my mate Barry to add to my 1806 Prussian army, and a few tokens from of The League of Augsburg. Oh, and I got another battalion of Polish Legion for my FRW French army. And a book on using an Ottoman army for Napoleonic, and another book on the Austerlitz campaign.

Thanks to John for driving me down. It was a great day and I am looking forward to 'the Other Partizan' in August. I'm sure Ive forgotten something I meant to say, but it'll come back to me.