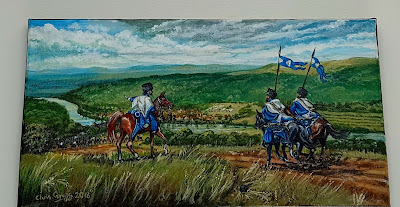 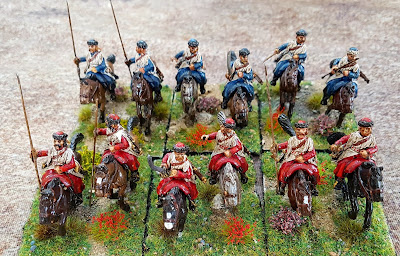 I decided to do a 'pulk' of each regiment. I need to do lance pennons and banners so no doubt that'll take me another four years! The figures are from Eureka.
By Colin Ashton - July 20, 2018