The figures below marched back into the Burrow a few weeks ago after being clothed, equipped and hopefully trained (not as it turned out after their baptism of fire last week) by my mate Barry of the Like a Stone Wall Group. I'd bought these as part of a Kickstarter off Revolutionary Armies (Matthew of Emperor Toads Emporium) and then forgotten all about them till they arrived a couple of months ago with a thump on the doormat. Seven battalions of volunteers/levee, plus two regiments of heavy cavalry were not going to paint themselves and as I’m still buried under Sikh Wars stuff that keep marching around my painting station. So, over to Barry who has done a grand job as usual.

Here are a few photos. I think the castings are tremendous, especially the cavalry. As noted earlier the infantry received their first tabletop outing on Saturday and there they were part of the defeated French army at Wissembourg. At least only a couple (or three) battalions actually ran off although several others were shaken. Par for the course for new figures. The cavalry have yet to see action. 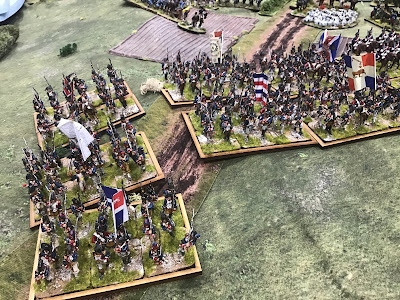 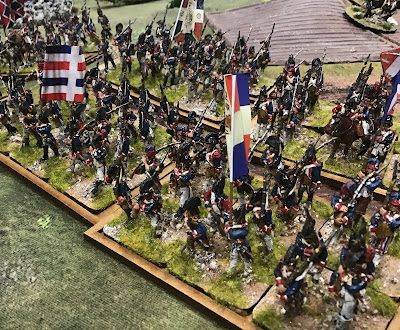 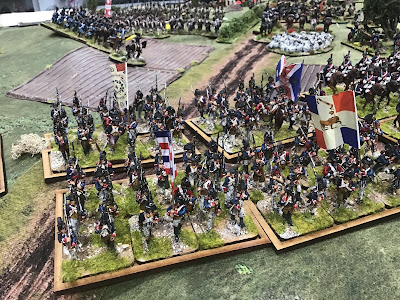 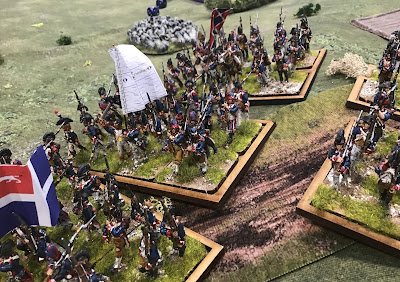 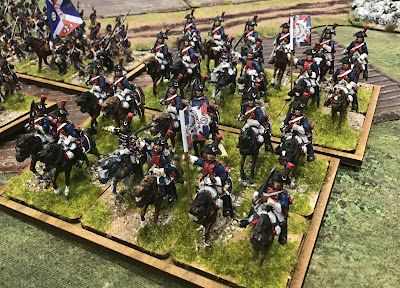 The flags are iirc a mixture of Maverick Models and some odds and ends I picked up off eBay or constructed from online downloads.