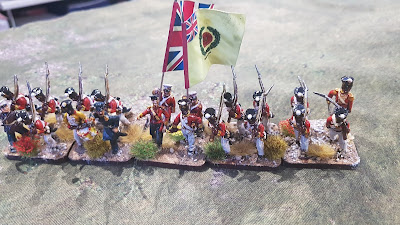 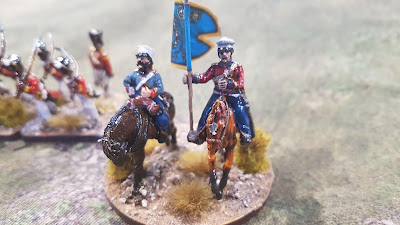 The top picture shows the 2nd Bengal Native Infantry (Grenadiers). The unit is a right old Bertie Bassett. Most of the Sepoys are Studio Miniatures that I had lying arou d. The rest are Old Glory and there's even a Tradition of London officer.

I also finished another command base for one of the three cavalry brigades I'm fielding for Ferozeshah. The brigadier is uniformed as a Bengal Native Cavalry officer  in 'undress' accompanied by a European cornet from the Governor General's Bodyguard.

Now back to some limbers and stuff.