It's been a slow couple of weeks in terms of getting  stuff finished. I have just competed these pieces for the Anglo-Sikh Wars however. 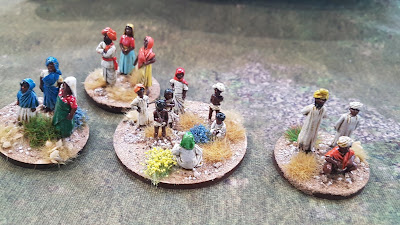 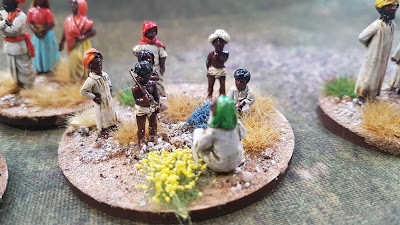 I thought a few Indian civilians wouldn't go amiss. I quite like them, especially the gang of kids about to rob the old beggar. Eureka miniatures. 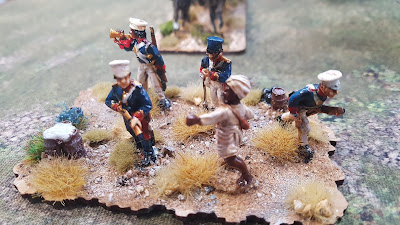 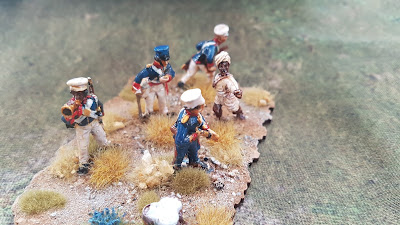 I had some odd British figures left over so I've done a command stand for Bengal Artillery, complete with a bearer offering the officer a cup of something.