Last Saturday (which seems a long time ago) it was the Fall of France here in the Burrow, or at least a small 1/72 representation of a small part of it. Equal points (1,000 each) of Germans v a Franco-BEF force in an encounter battle fought over a crossroads and three railway bridges.

My friends Tim, Barry and James from the Like a Stonewall Group came up for the game; indeed Tim brought all the figures and some terrain as well. John joined us for this brutal little game. I was the French, James the BEF and between us we made a great job of helping France fall, and the others were the Germans. Tim sort of umpires but also took some Germans to push about the table. The figures, buildings and railway line were Tim’s and the rest was mine. Almost all the vehicles and buildings were 3D prints produced by one of the LaSW lads.

I was so engrossed in the game I both neglected to take many photos and lost track of events as the pressure on the Allies mounted. So, in time honoured fashion here are some photos of the heroic defence attempt by the Allies against the Bosch onslaught. 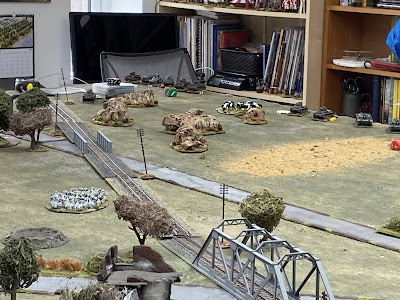 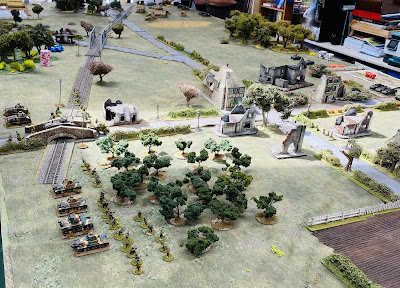 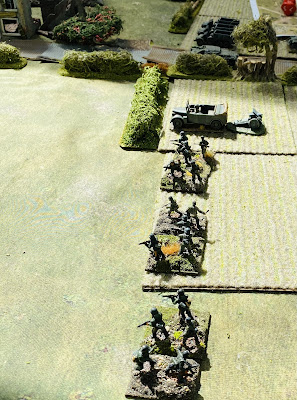 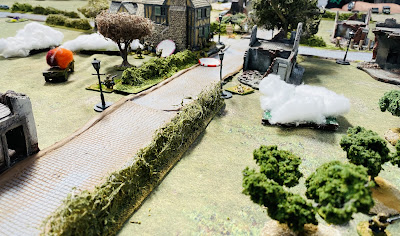 The crossroads. The Bosche beat me to it and the ruin to the right of the church was the graveyard of three of my infantry sections! 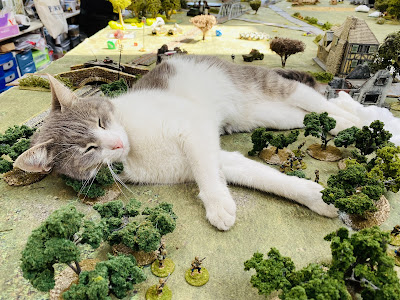 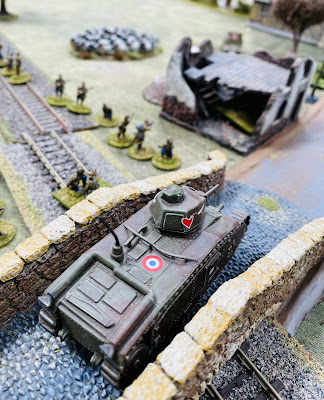 The French and BEF were giving the enemy a good hammering but my troops had been pretty much annihilated. What remained withdrew, covered by the BEF.

It was an enjoyable game and the rules (Iron Cross) worked well especially with the LaSW house rules and extra home made tactical cards. Thanks to Tim, Barry and James for coming up from Mansfield and to John the Red.