I managed to get another three battalions of Austrians based up this week. Elite Miniatures, which I like but I know are not everyone's cup of tea. I also completed two battalion gun crews but the guns are not quite ready, but will be soon (like whenever I have a spare 30 minutes when I can paint my least favourite item). I really must get my Trent Miniatures Hungarians done but I need suitable officers, ensigns and the like.

First up though, and totally unrelated, a Russian Seven Years War commander for one of my cavalry brigades, with the general going one way and a dismounted dragoon going the other. 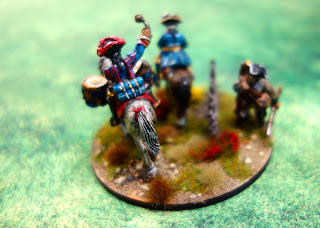 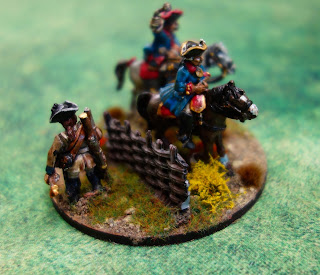 Then, a little vignetter created with Eureka Miniatures French from their FRW range and a general from another manufacturer the name of whom I've forgotten who do a whole set of FRW French commanders on foot. 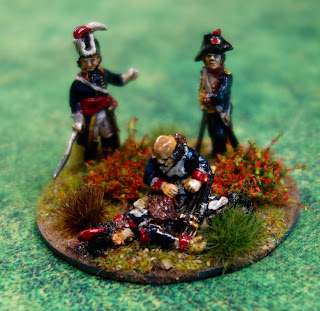 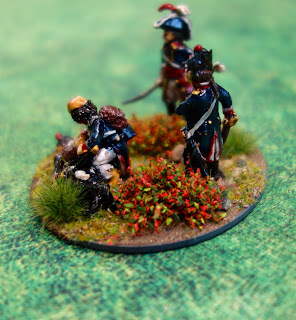 Austrian battalion gun crews going through the motions while waiting for their guns. 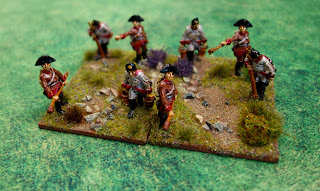 Three battalions of Austrian infantry. All Elite Miniatures and I think they look great in these largish units. 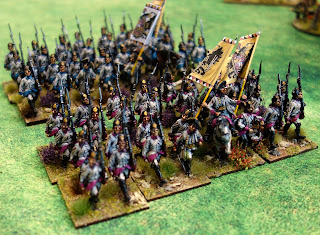 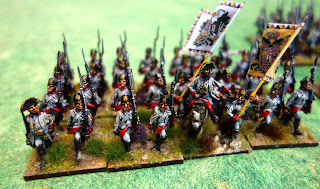