Normal service will be resumed shortly so here are some pictures. (Just for Cookie)

The unpacking and sorting out of the troops after their long journey is just about over. No KIA, a few wounded, several who had 'lost' their pikes or colours, and so far there don't seem to be any deserters. The fleet also survived intact so I am very happy.

Readers will have seen the troops in my new glass cabinets. I rescued the old cabinets from the last man cave and some of those will find themselves on the wall of mega man cave (Northern HQ) during the course of the following week. 'Hopefully' I am also looking forward to getting my table extension done this week. It needs widening to 6 foot and I want a 3 foot drop-down leaf at one end to extend it to 15 foot. I also need to reduce the height by 6"

I've started painting some stuff but the main job this week will be in the basing department, where I shall make an attempt at finishing my 1806 Prussians. Below and especially for my mate Cookie from Australia who was getting withdrawal symptoms thanks to the lack of posts for over a week,  are some random shots of the collection as it stands now. 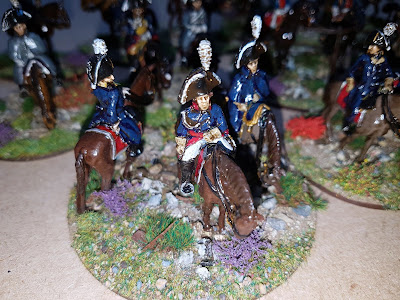 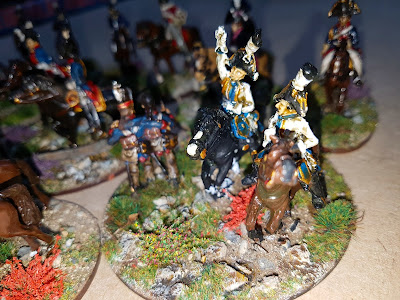 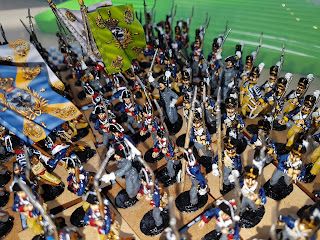 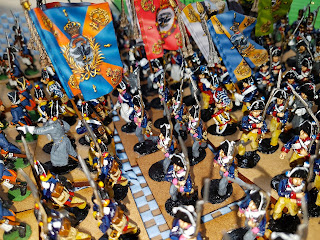 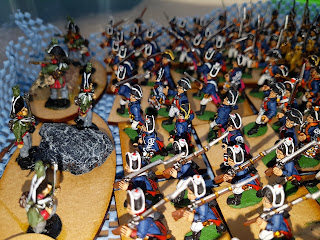 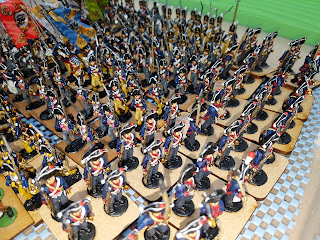 I've kind of gone a little mad with this collection and found it difficult to be disciplined enough to stick to just one or two manufacturers. The bulk of the infantry (including another half a dozen battalions as yet unbased) are from the French firm FGMiniz. The Hussars at rest and most of the commanders also hail from this manufacturer. I had planned to stick with Elite Miniatures for the cavalry and artillery but a couple of 20% off deals from Foundry over the past 24 months put a stop to that idea! I want another four battalions of infantry to represent the Guard and will wait for Three Armies Miniatures to produce them.

The basing department will be working long into the night to get this lot done. I don't have a target date as such but fancy getting them on the table to fight my FRW French who will get  by as their 1806 cousins.