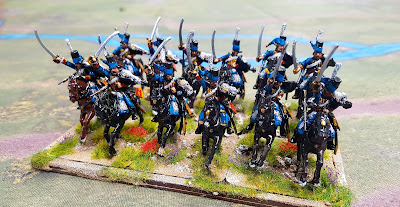 The 5th Regiment of Hussars were part of General Andre Massena's army at the 2nd Battle of Zurich in September 1799. This one of my favourite hussar uniforms and I doubt I've done it justice now I've seen the photos. The figures are Perry plastics and they were actually quite easy to assemble but I found painting them difficult. I don't know why but I couldn't get used to them being so light compared to the 'heft' of metal castings.  Anyway, they are done and will have to do, so now I need to do another six of these (including a trumpeter in the correct uniform) and then tackle a dozen more for the 7th Hussars. 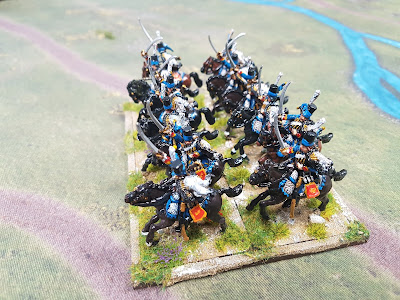