The Battle of Almonacid, Central Spain, 1809

On Saturday we gathered in the Burrow for a Napoleonic game, organised by Mike using his extensive and gorgeous collection of 1/72 scale figures. The battle chosen was Almonacid, fought between the French and Spanish in central Spain in 1809. Click HERE for more information. We used ‘Absolute Emperor’ with a few house rules. Mike umpired, Shaun and Neil were the French, while John, Nigel and me were the Spanish. The Spanish had to hold on for 12 turns without loosing two divisions to win. The French had to crush the Spanish.

Our plan was to hold in the centre and maybe when the time was right counter attack on the left and right flanks. Of course the Spanish command and control was nowhere near as good as that of the French, and our troops were outclassed and outnumbered. Much of the army were militia but when we tested for their abilities most ended up being classed as seasoned rather than militia. This was very fortunate and perhaps a great influence on the outcome.

For some reason the photos have been scrambled up out of order. I don't think it matters,  but I shall let the readers be the judge of that.

The French attacked all along the line. Pressure was being continuously put on the Spanish centre, but it held. Just. The French eventually captured the town but on our left their attack on our division holding the hill was held and eventually rolled up when the Spanish reserve swung round to take them in the flank. The Spanish cavalry even held their own against their French counterparts. Here a some photos of the action. 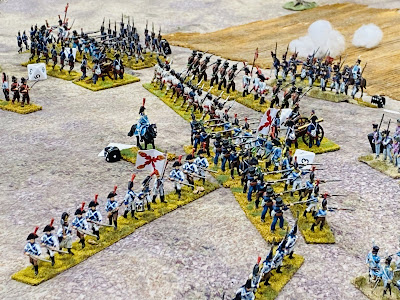 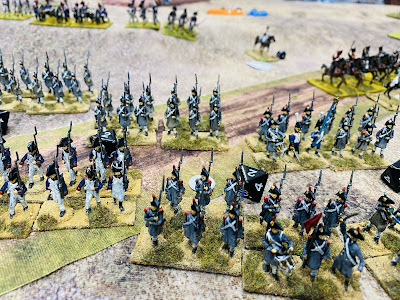 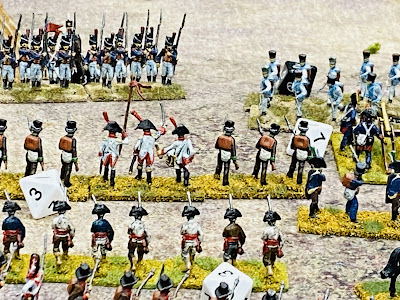 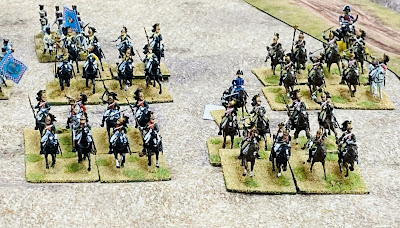 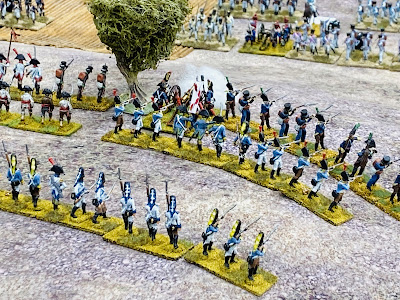 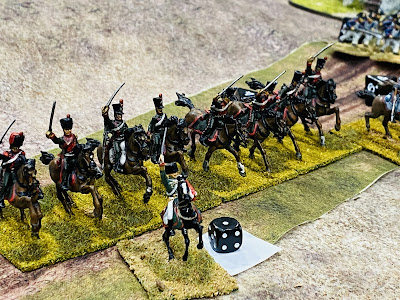 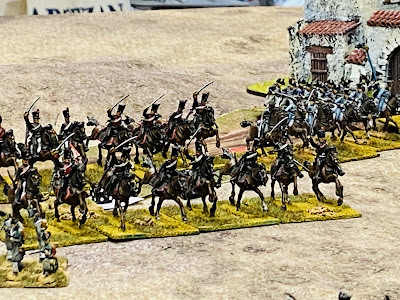 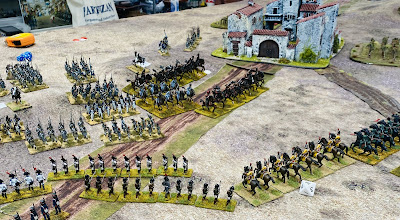 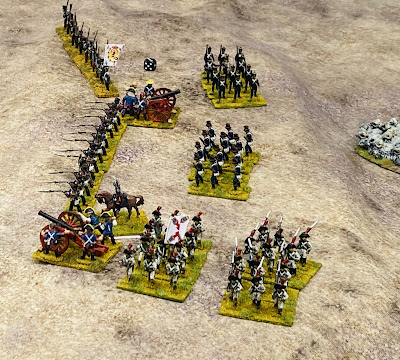 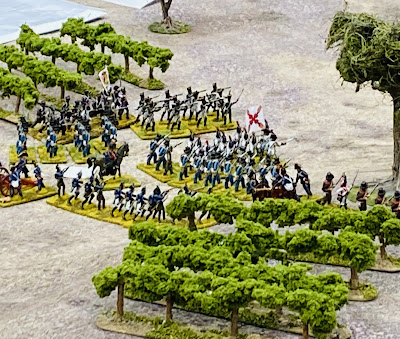 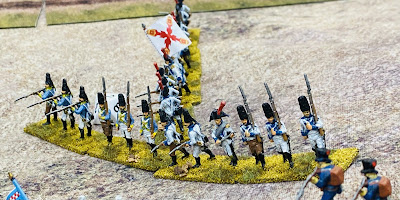 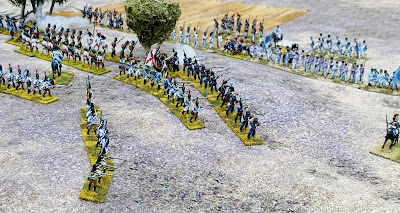 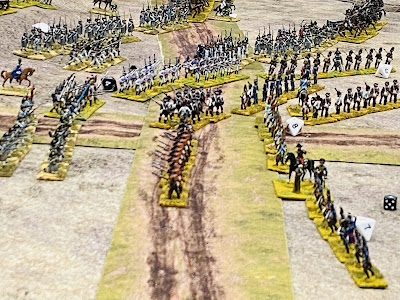 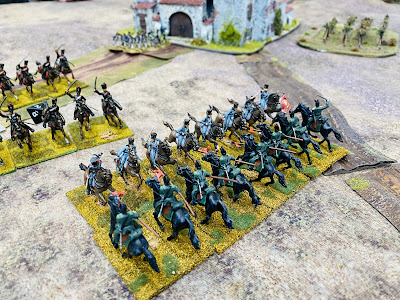 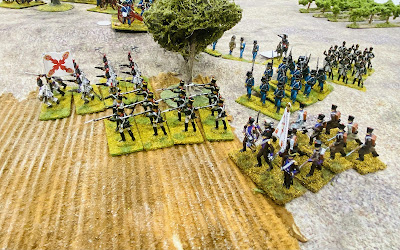 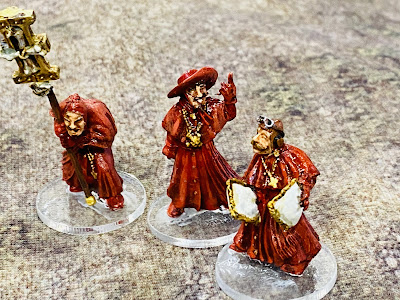 We played through till gone 4pm, and the outcome was a Spanish victory of sorts. The centre was holding, the left had stopped the French attack and our reserves had rolled up the French right flank. On the French left they’d finally driven the Spanish out of the town but were being funnelled into too narrow frontage to make best use of their superior numbers, and Nigel’s fresh division from our right was moving up to support our centre. It was an incredibly tense and hard fought game, with both sides being laughed at by the dice Gods throughout the game, but maybe the French were laughed at most. The rules worked really well and provided us with a great game. Mikes collection is superb and just shows what you can do with the vast array of 1/72 scale plastic figures available these days; and what’s not to like about a Spanish Napoleonic army?
Two things to take away from the game were a question over why the French didn’t use their cavalry to outflank our army rather than being used as battering rams in the very congested centre, and that I should not have had two chocolate doughnuts AND a slice of Shaun’s birthday cake!
By Colin Ashton - February 14, 2022