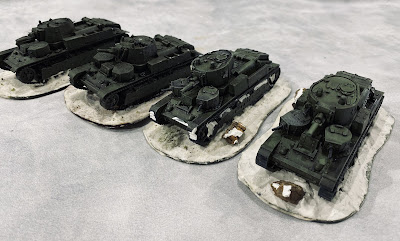 I’m not really used to painting tanks, being more of a 'big battalions or plunderhosen' kind of guy myself. Nevertheless, the new project calls for some tanks. Not too many (fat chance!) but enough to give me some choice or flexibility. Here then we have a company of 1/72 scale Russian multi-turreted T28 tanks. Two are 3D resin prints (closest to the camera) and the other two are Trumpeter plastic kits. 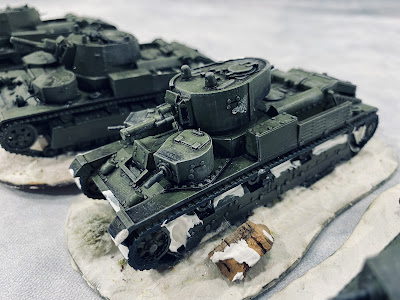 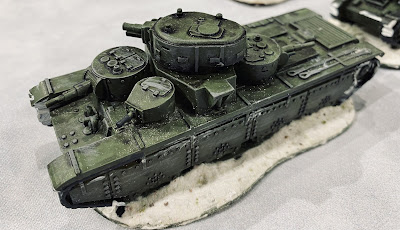 Next is a true monster, a T35, and another 3D resin print. None took part in the Winter War but I’m afraid history will be rewritten at some point. I mean, who can resist a model of this useless pile of junk, er, iconic Soviet tank. 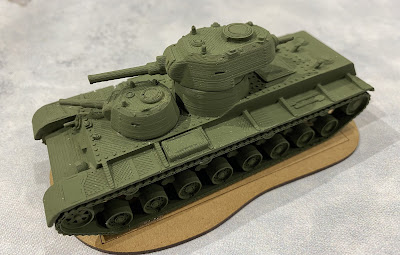 Interestingly, a Soviet 'super tank' the SMK, named after assassinated Communist hero Sergei Mironovich Kirov, was in development at the start of the war. The prototype was used in action once, and predictably, was disabled by a mine and captured by the Finns until recovered a few months later. Observers mistook this beast for a T35, hence the confusion. Prototypes of the KV-1 tested at the same time were judged far superior and ordered into production. I need some more snow and ink to finish this model.