More stuff completed as the holiday period comes to an end (unless you’re retired in which case it’s one big holiday). I thought I’d do another piece for the 1940 French. I doubt I’ll ever use it except as an objective of some kind.

The ultimate (almost) in silliness. I saw this model before Christmas and just had to buy it (Mad Bob Miniatures). It’s a resin 3D print in 1/72 scale and is east enough to assemble except for the railings which a bit of nightmare trying to glue and then keep glued in place round each vehicle. I might have to replace them with wire in due course as I doubt they’ll survive their first game. 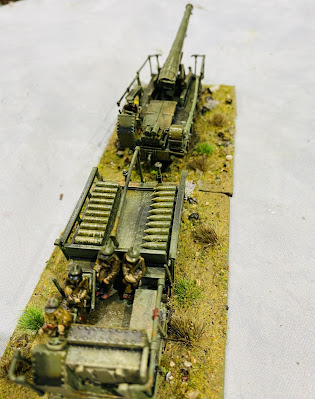 I’ve done them in travelling mode. 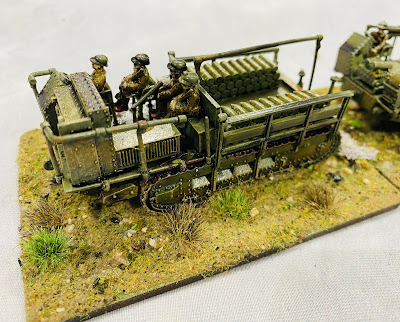 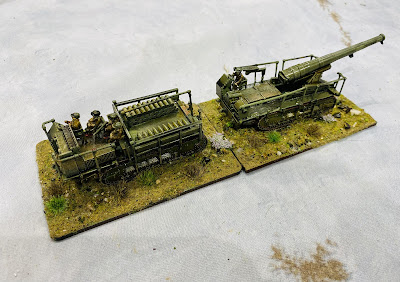 The complete model. I am rather pleased with it.