By Fire and Sword 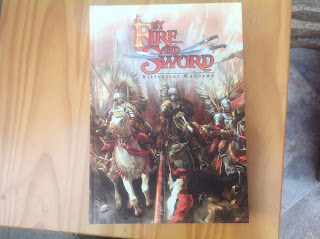 My last post suggested that I would return to a refight of Gettysburg at the Durham club. This has been postponed rather than interrupt the momentum of the Seven Years War campaign. Last week saw the start of a new campaign season. The Russians advanced on Konigsburg and the Prussians elected to fight them. The latter are outnumbered but have a very strong defensive position flanks by woods and rivers on both sides which will mean the Russians risk being channelled into a killing zone if they are to close with the Prussians. Der Kreigskunst rules favour the Prussians in command, moving and firing so it will be a tough one for the Russians.