Attack on the wagon train: The supplies must get through!

Peter came down the hill for another game last Thursday evening. I'm afraid that at the moment its Seven Years War or nothing so I set up a scenario based around a supply train that had to get to the depot. The escort were almost all second class Prussian troops, e.g. Freikorps, Militia, while the pursuing Russians were better quality with poorer leadership.

The Prussian supply train had to enter the table, cross the river then make it to the supply base, pursued by Russians who would appear at randomly selected points.

All the usual characteristics applied. Tough Russians. Better led Prussians even if they were 2nd class troops, mainly. The poor Russian command levels were to prove vital to the result of the game.

The Russians could have entered the table almost anywhere but sadly when they threw their dice they arrived in the worst possible place the furthest away from the Prussian entry point! 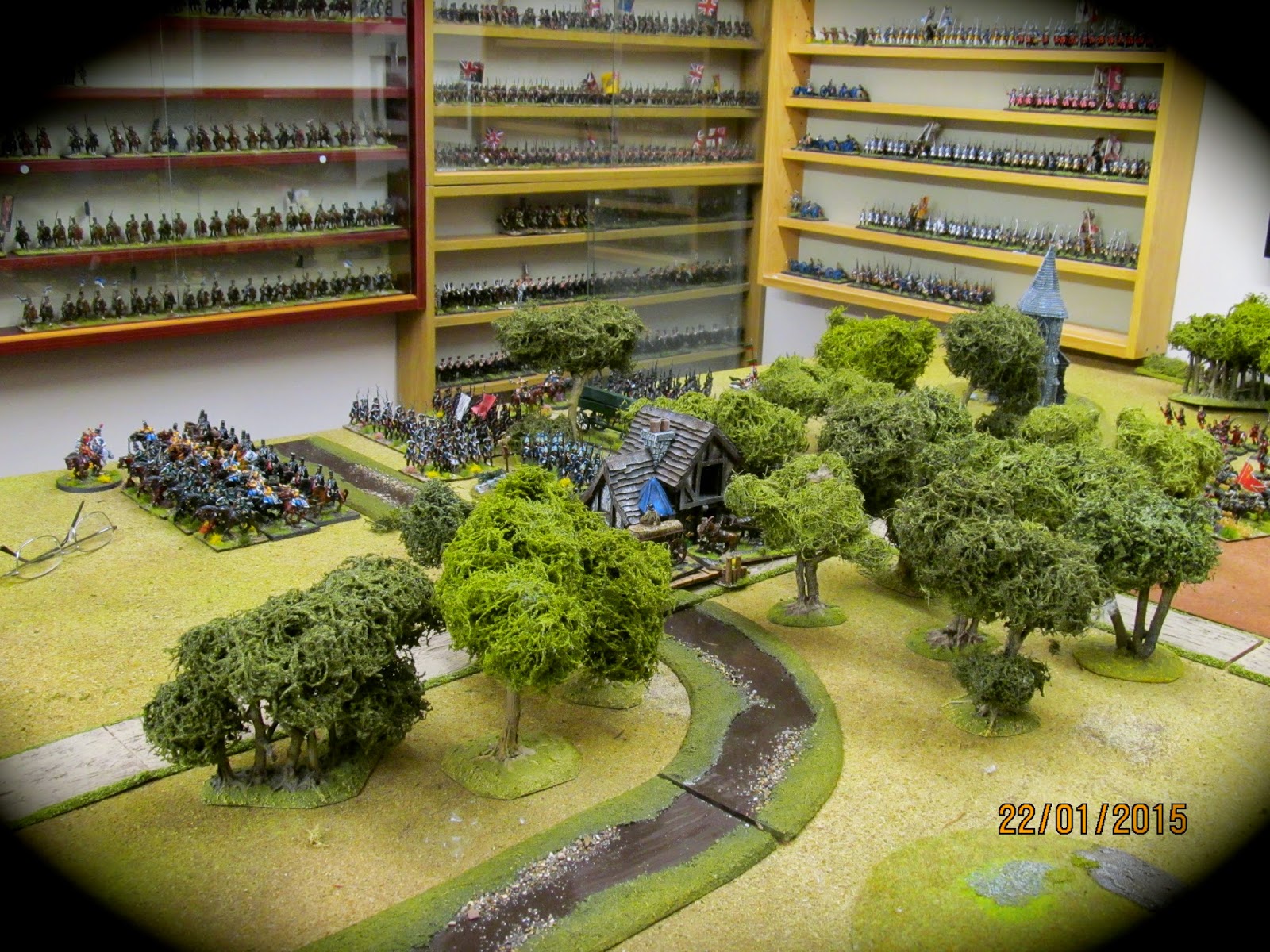 The Prussians advance onto the table faced with a narrow road through almost impenetrable woods..... 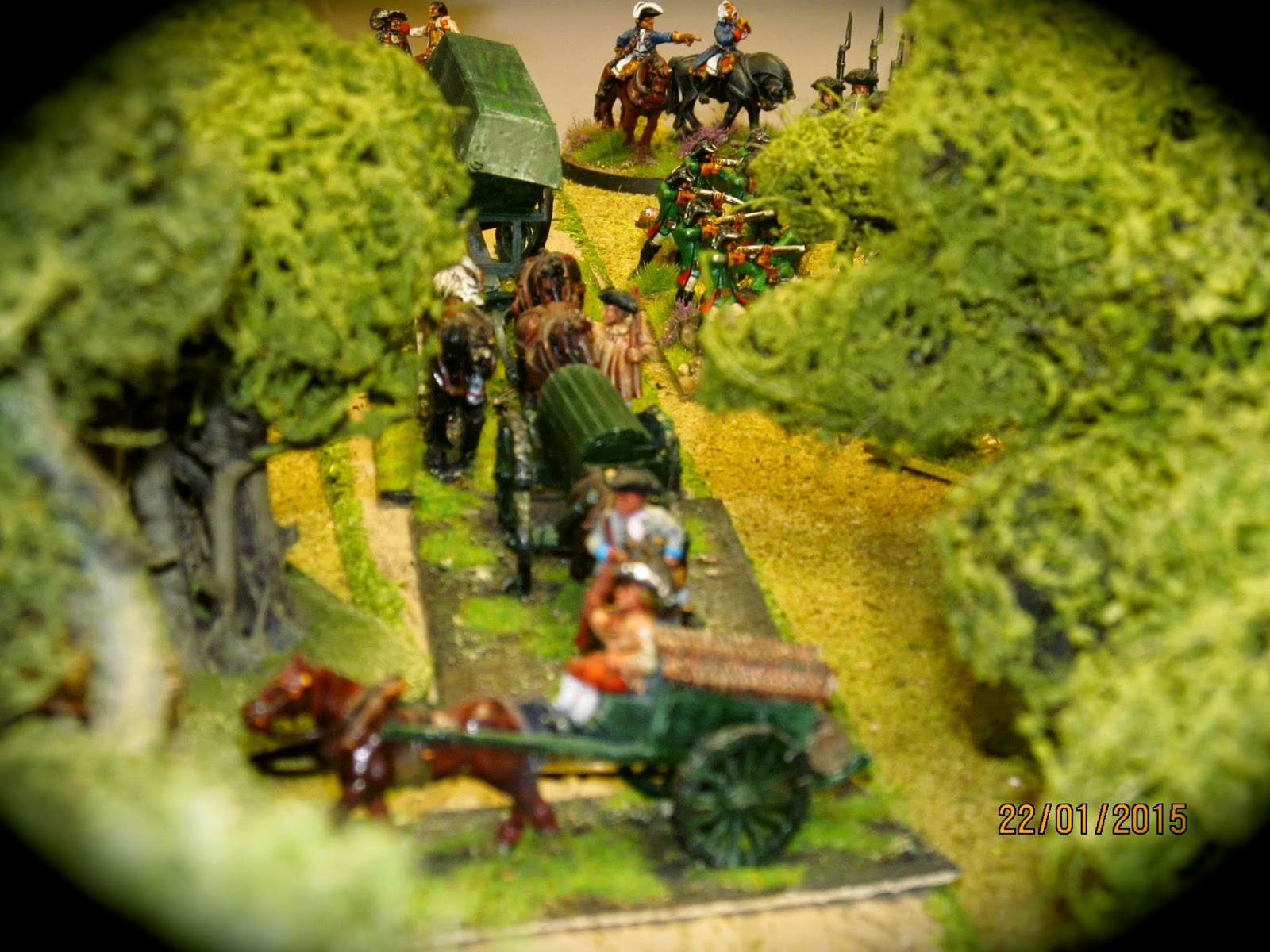 The wagon train on the move in the woods.... 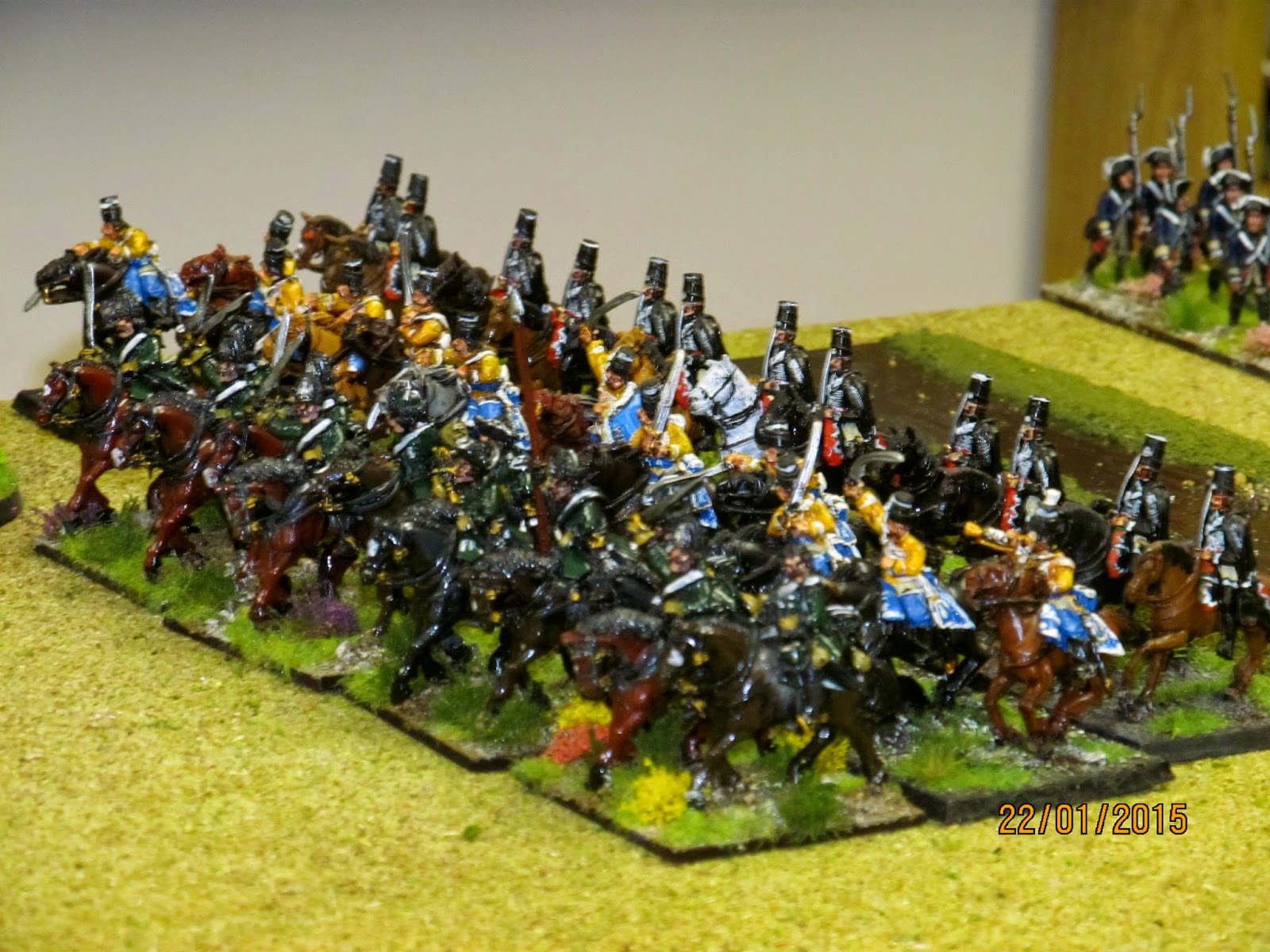 The bulk of the Prussian cavalry crossed the river and moved away from the advancing Russians! 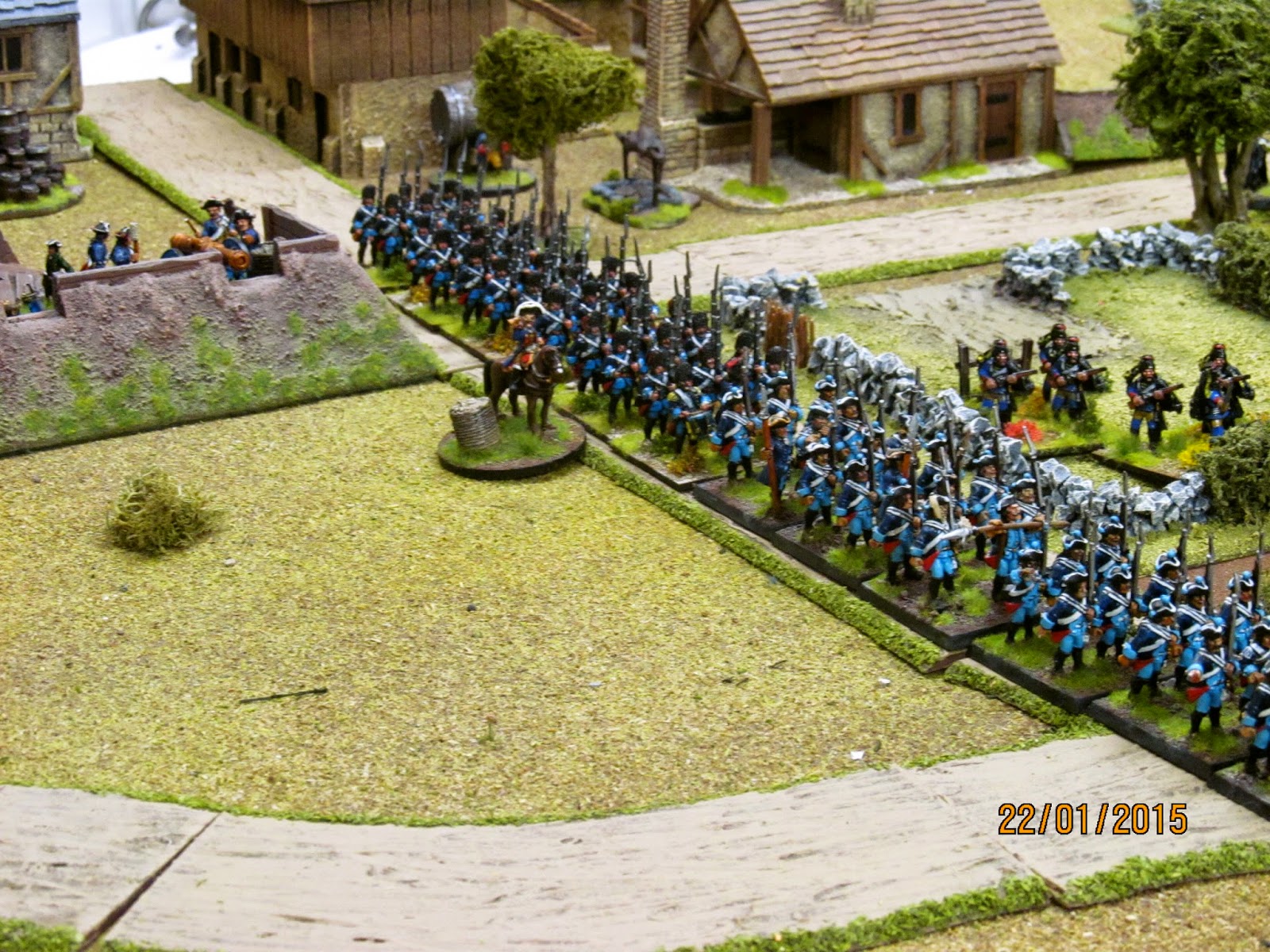 The garrison move slowly out of the town to cover the supply column's advance. 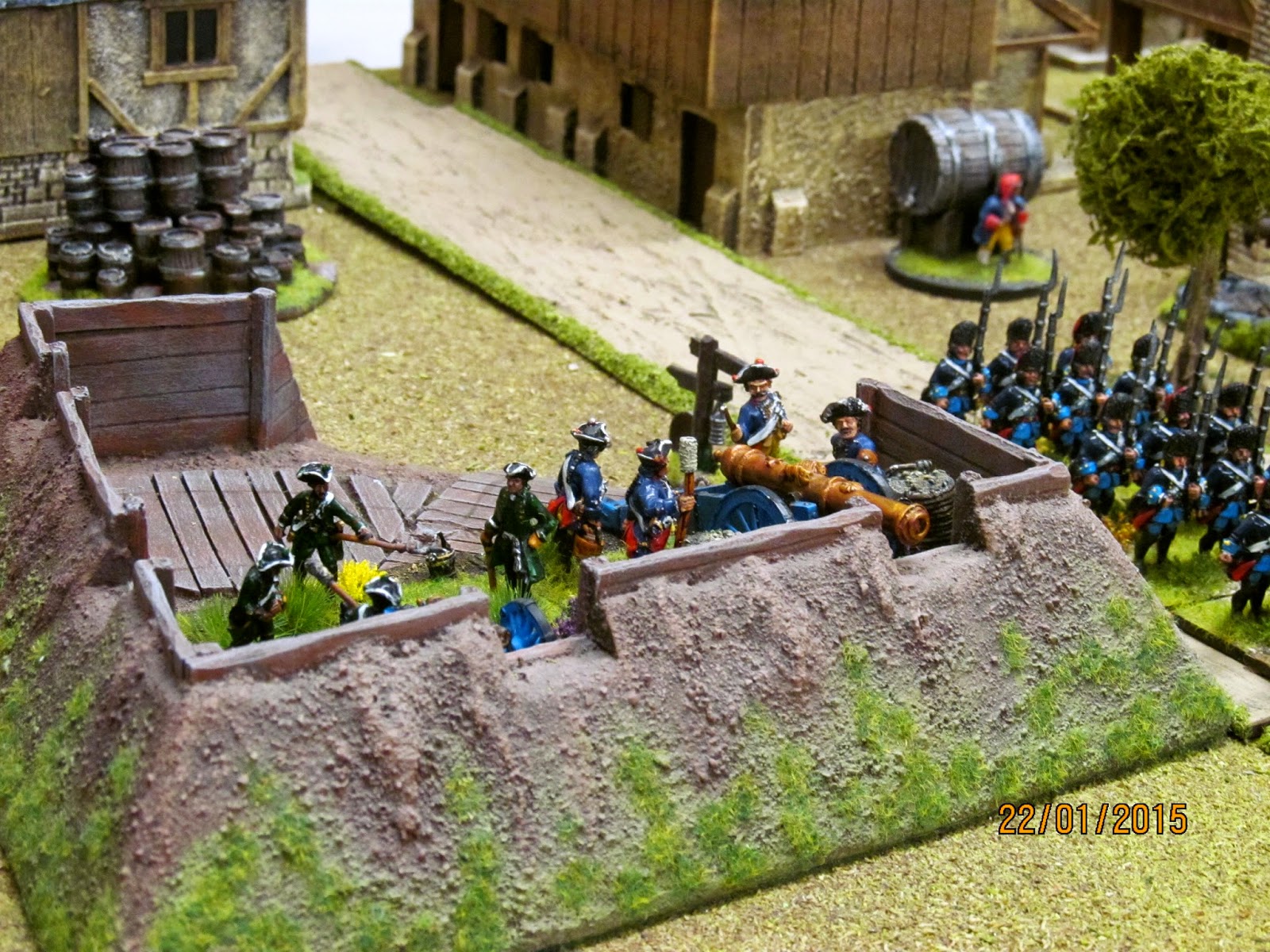 Artillery positions in the depot. 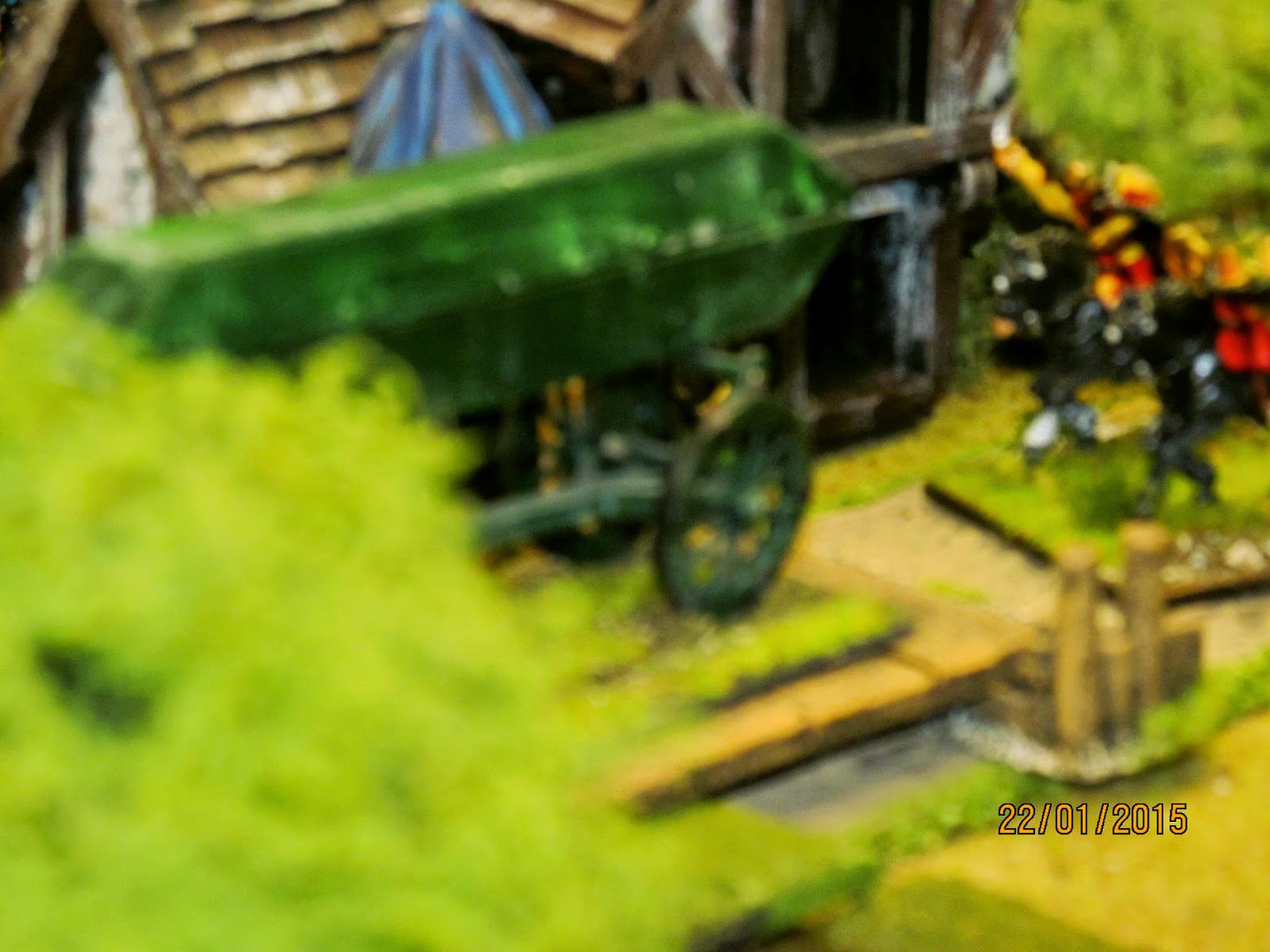 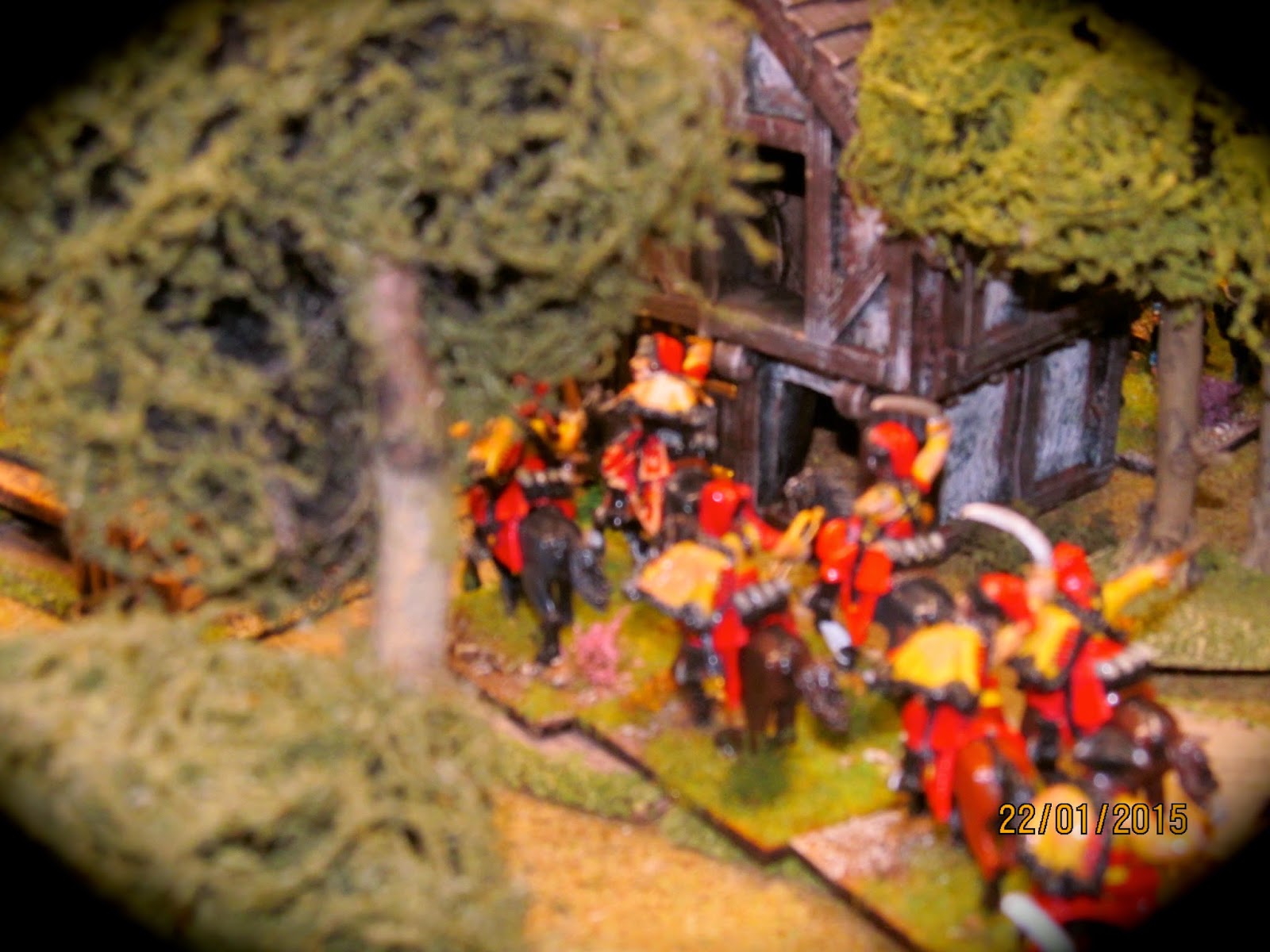 The Russian hussars of the Gruzinsky regiment catch the rear of the supply column destroying a wagon, but are shaken in the process and unable to exploit their success. Too little, too late.... 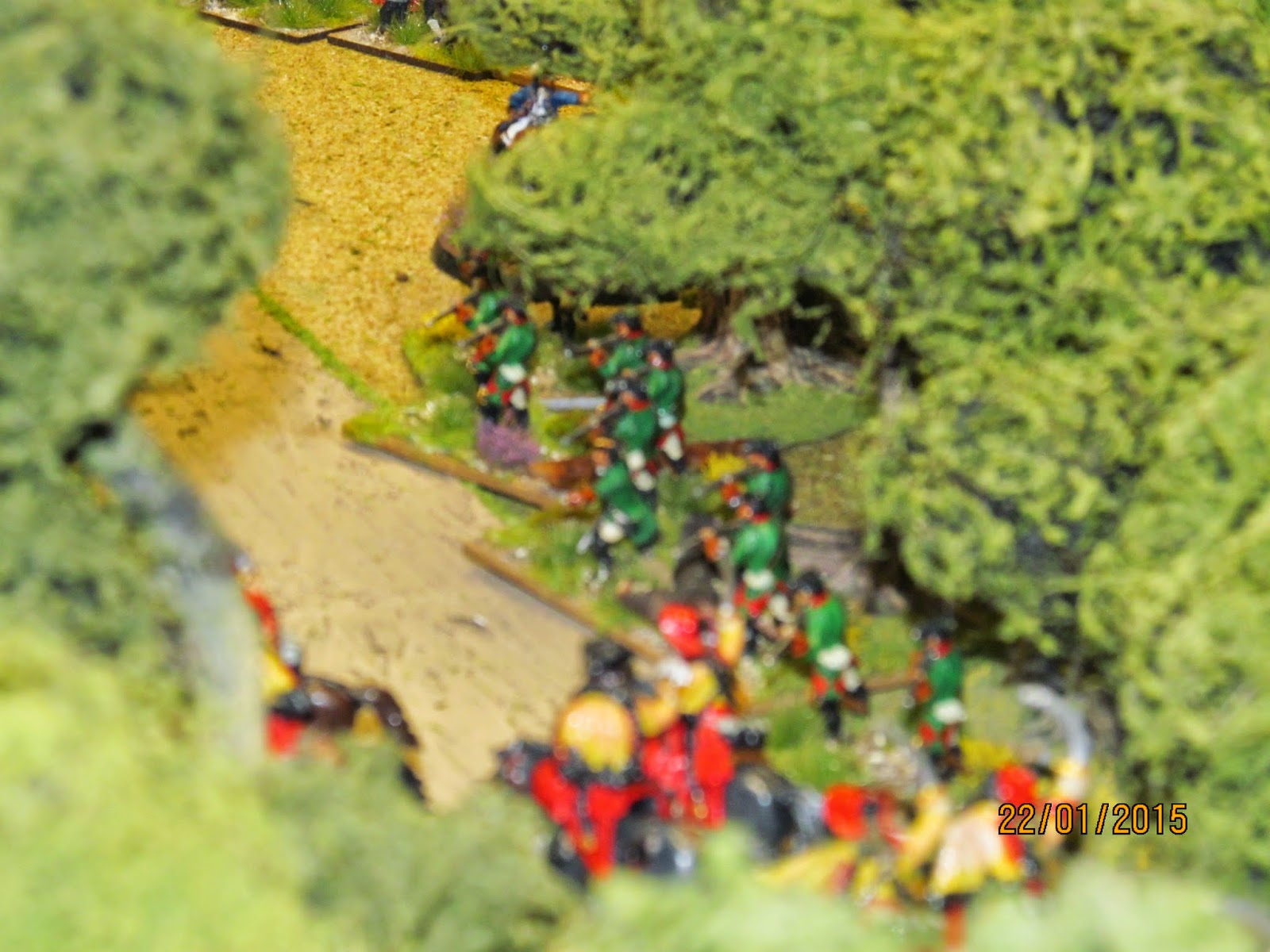 Freikorps jager engage the Gruzinsky Hussars they charge through the woods to hit the tail of the supply column. 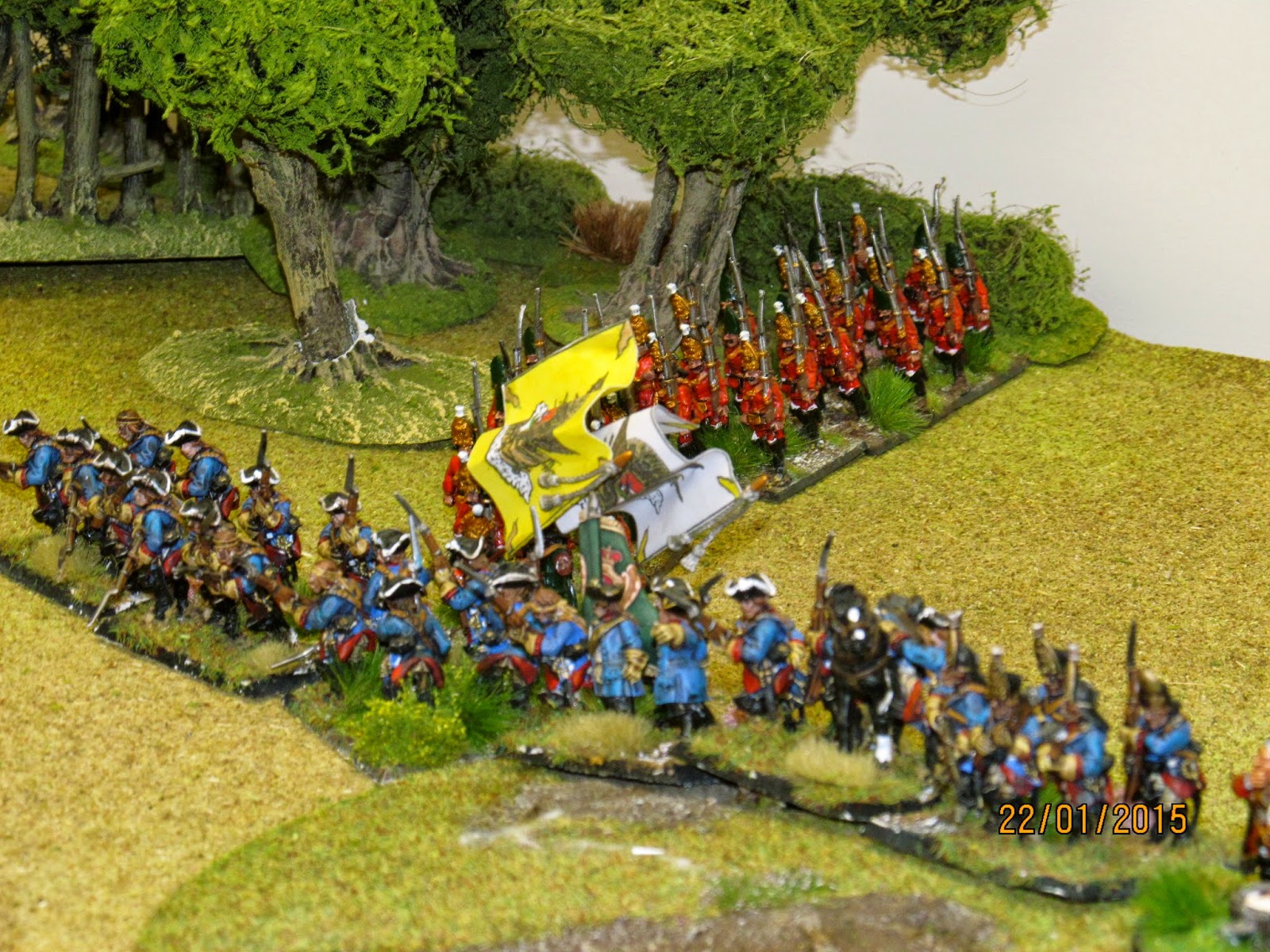 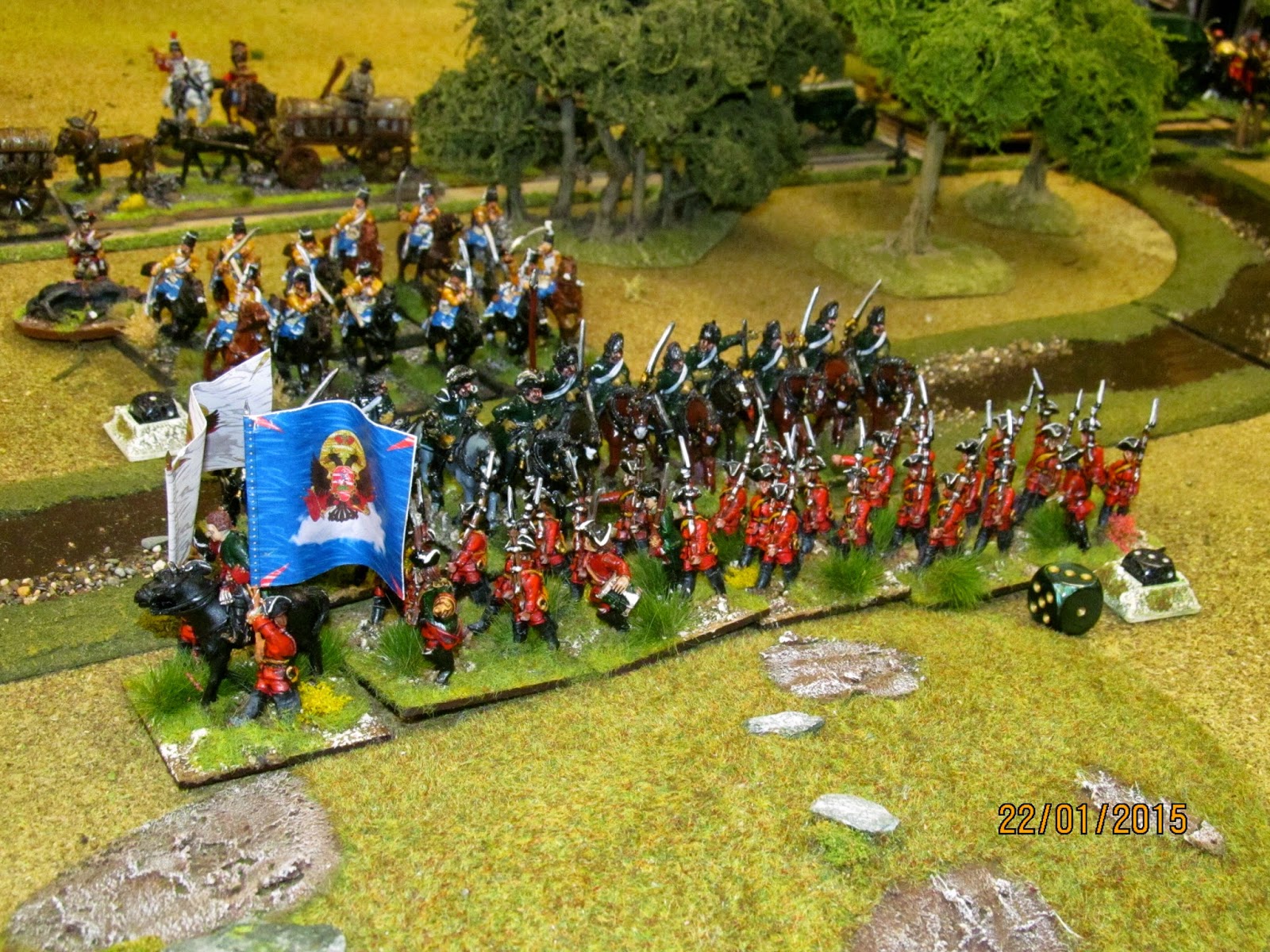 Von Kleist Frie-Dragoons  hit a battalion of the Russian Observation Corps in the flank and break them after two rounds of melee. Even with the re-roll awarded due to the 'variant' special rule the Russians broke. The supply column gets closer to the depot. 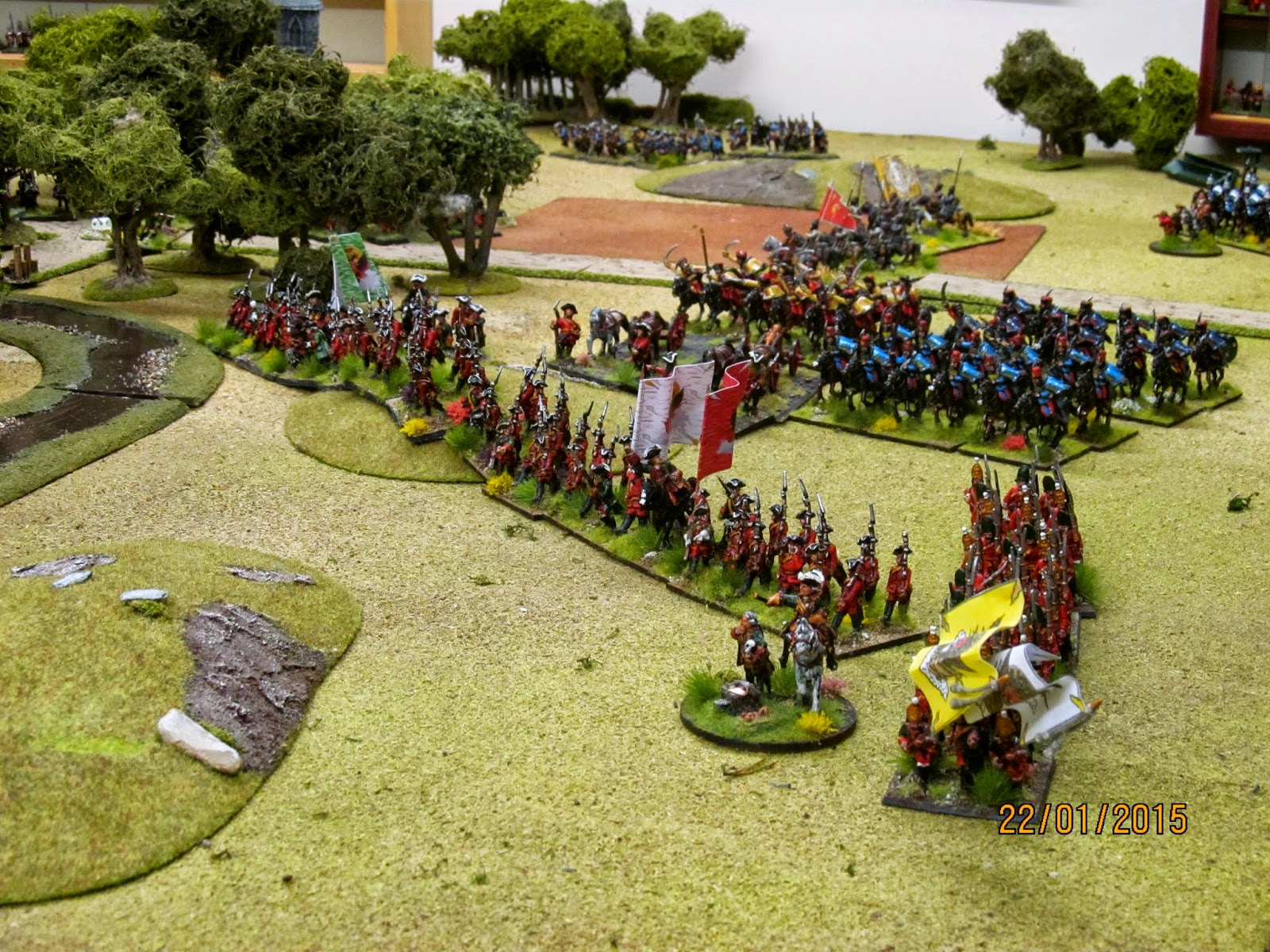 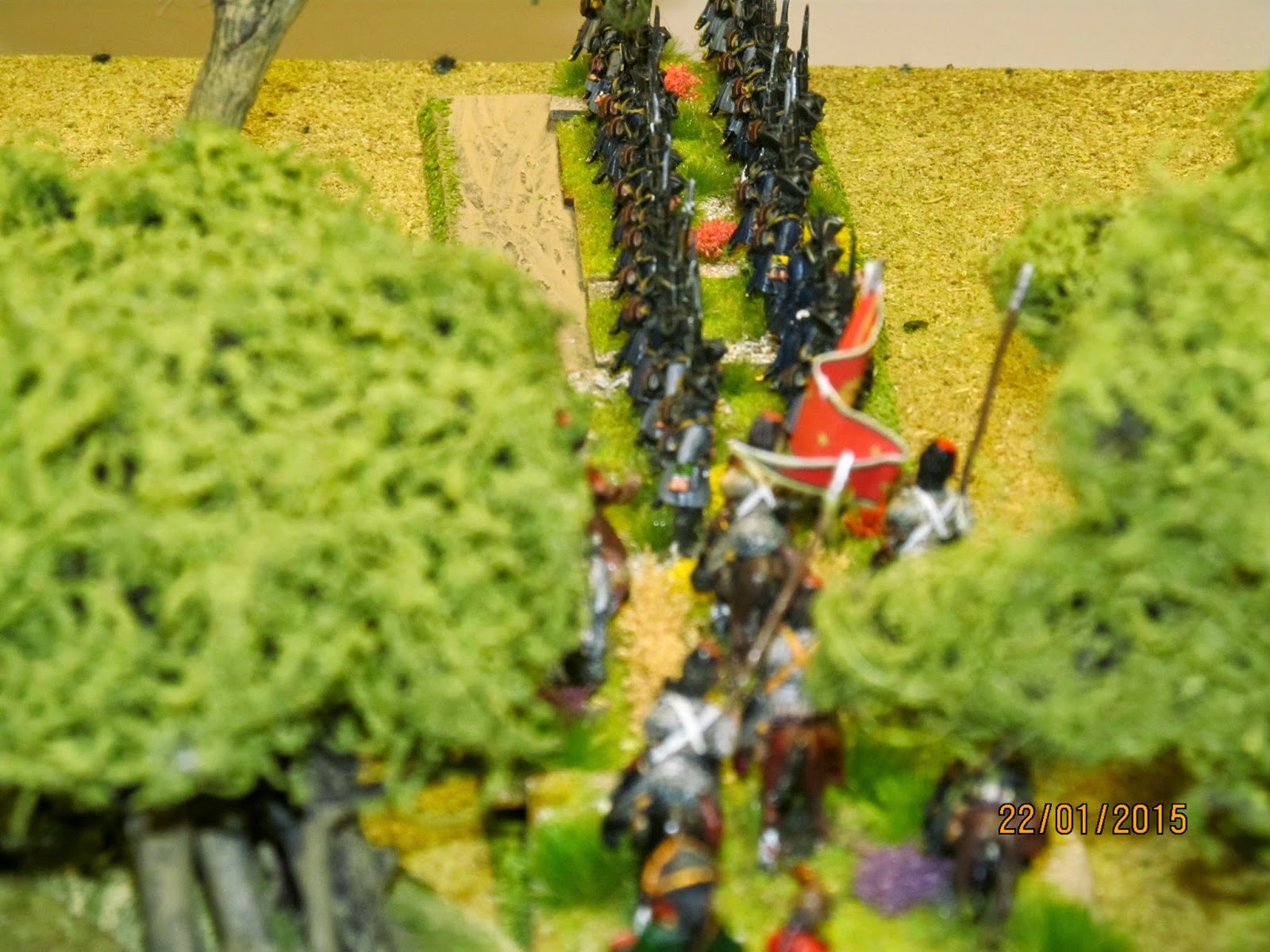 Cossacks charge down the road with a 'follow me' order from the CinC, through the woods and into the flank of the East Prussian Land Militia Battalion. I really like this militia unit but it was an opportunity I couldn't resist! 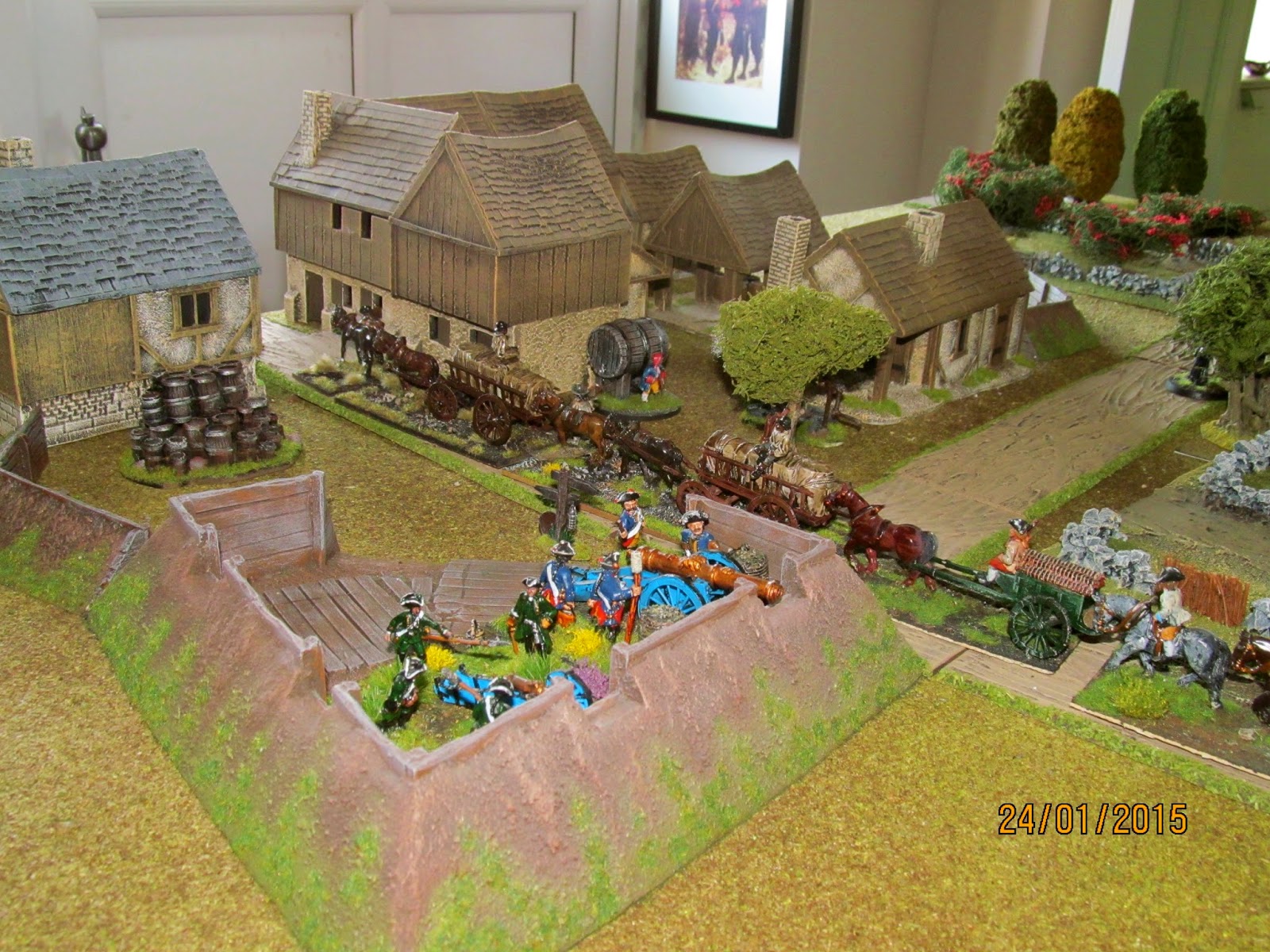 The Prussian defenders of the depot and the supply column's 'safe' arrival. 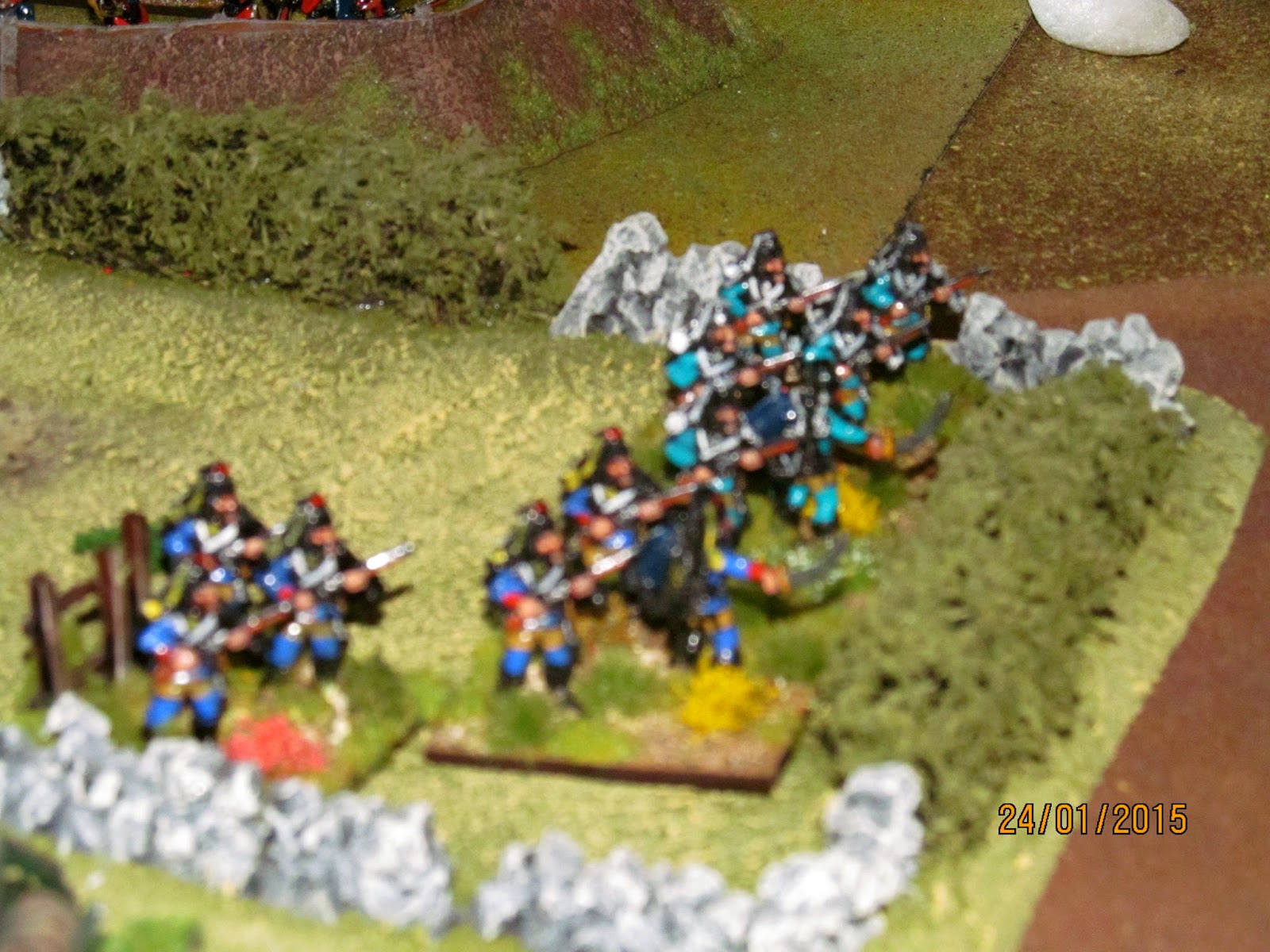 Dismounted Frei-Hussars, part of the garrison. 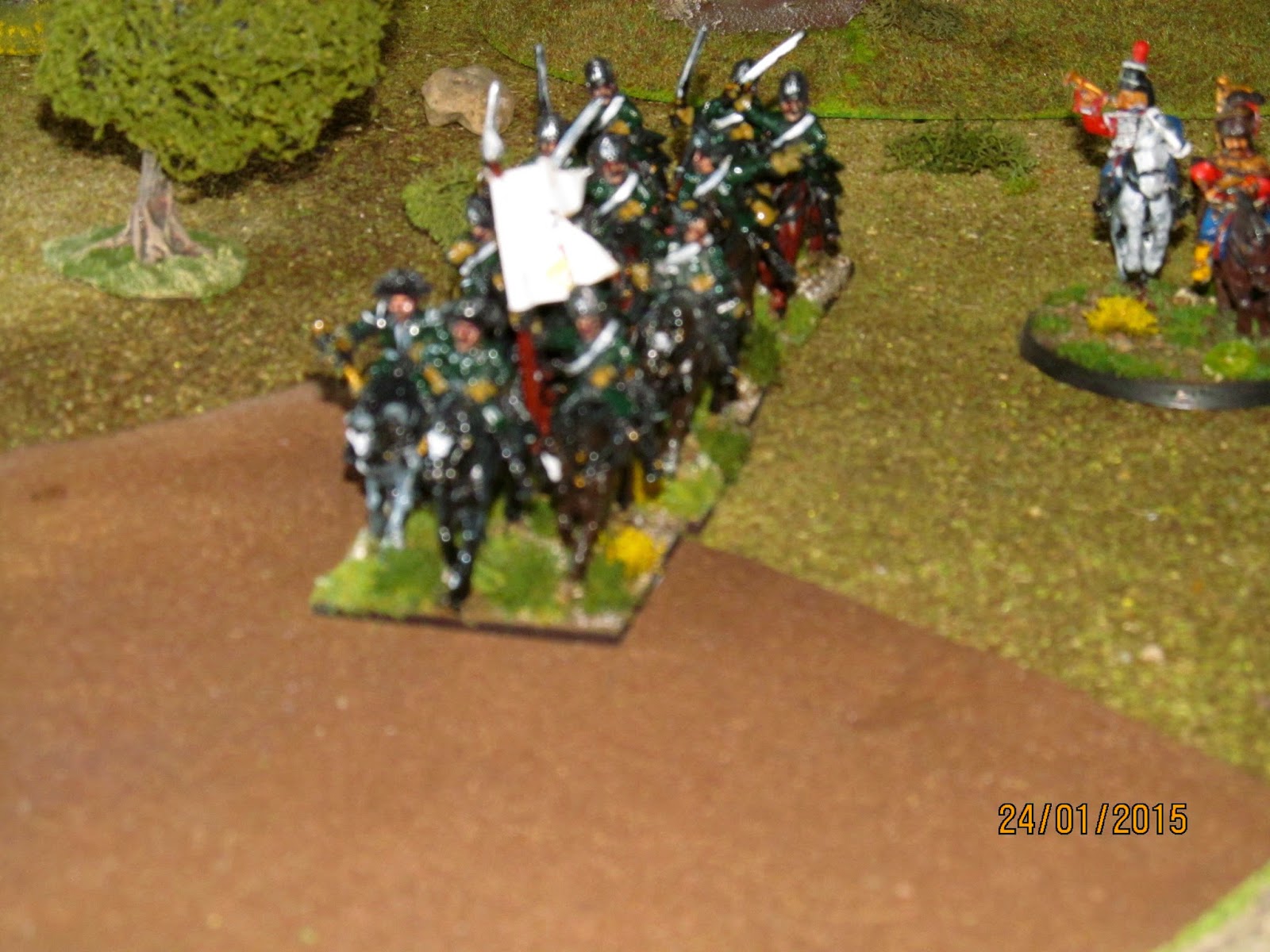 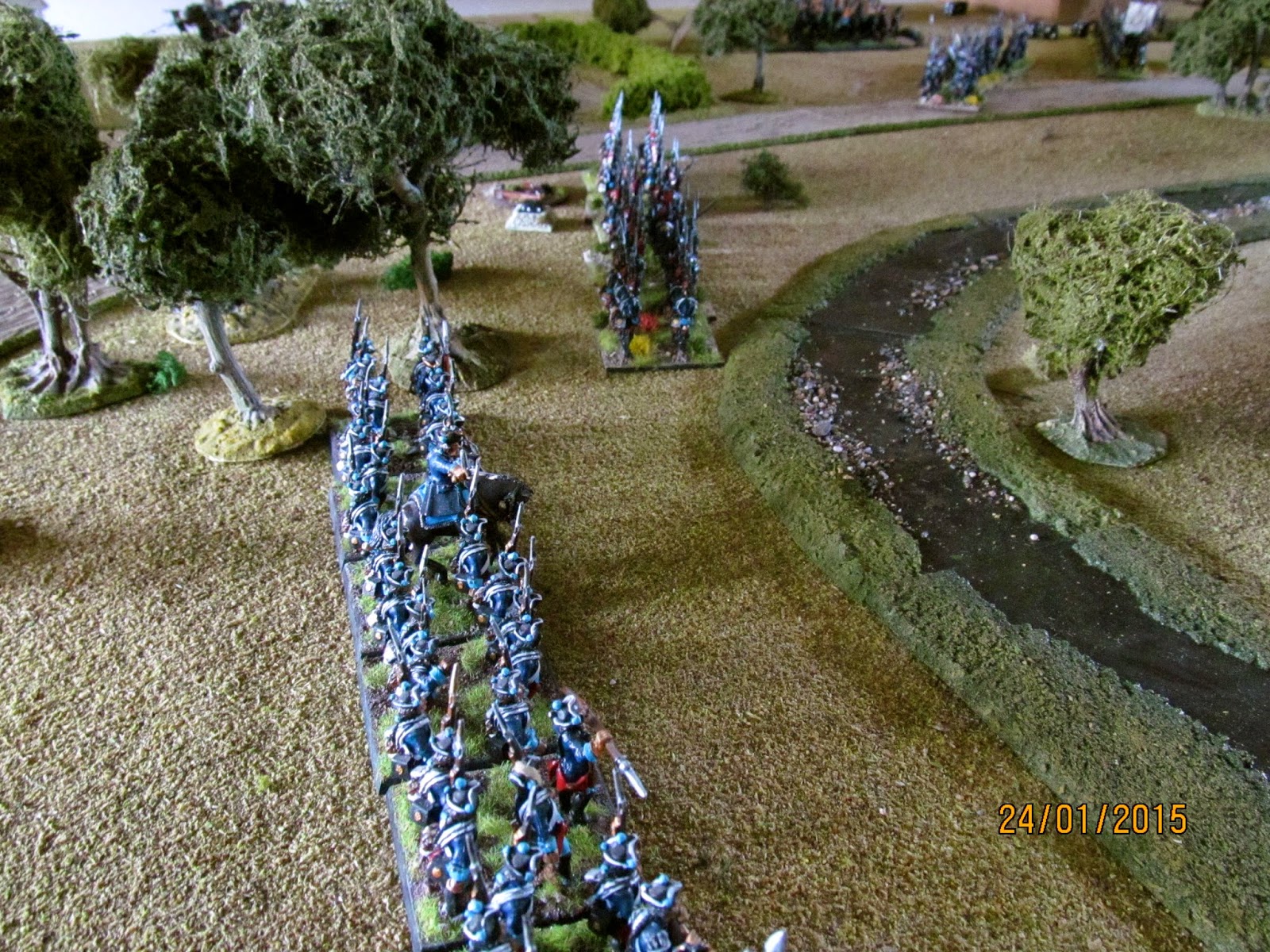 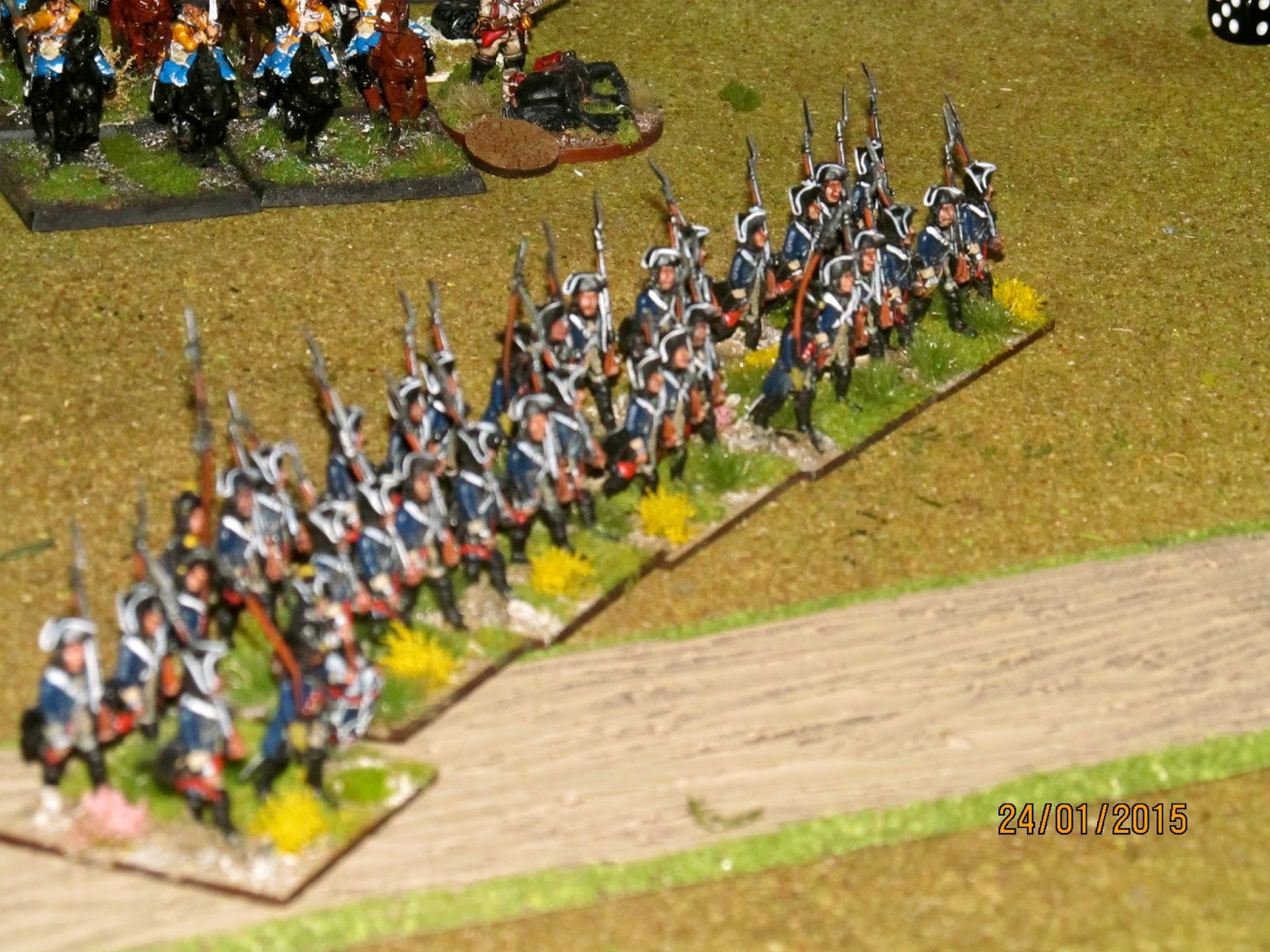 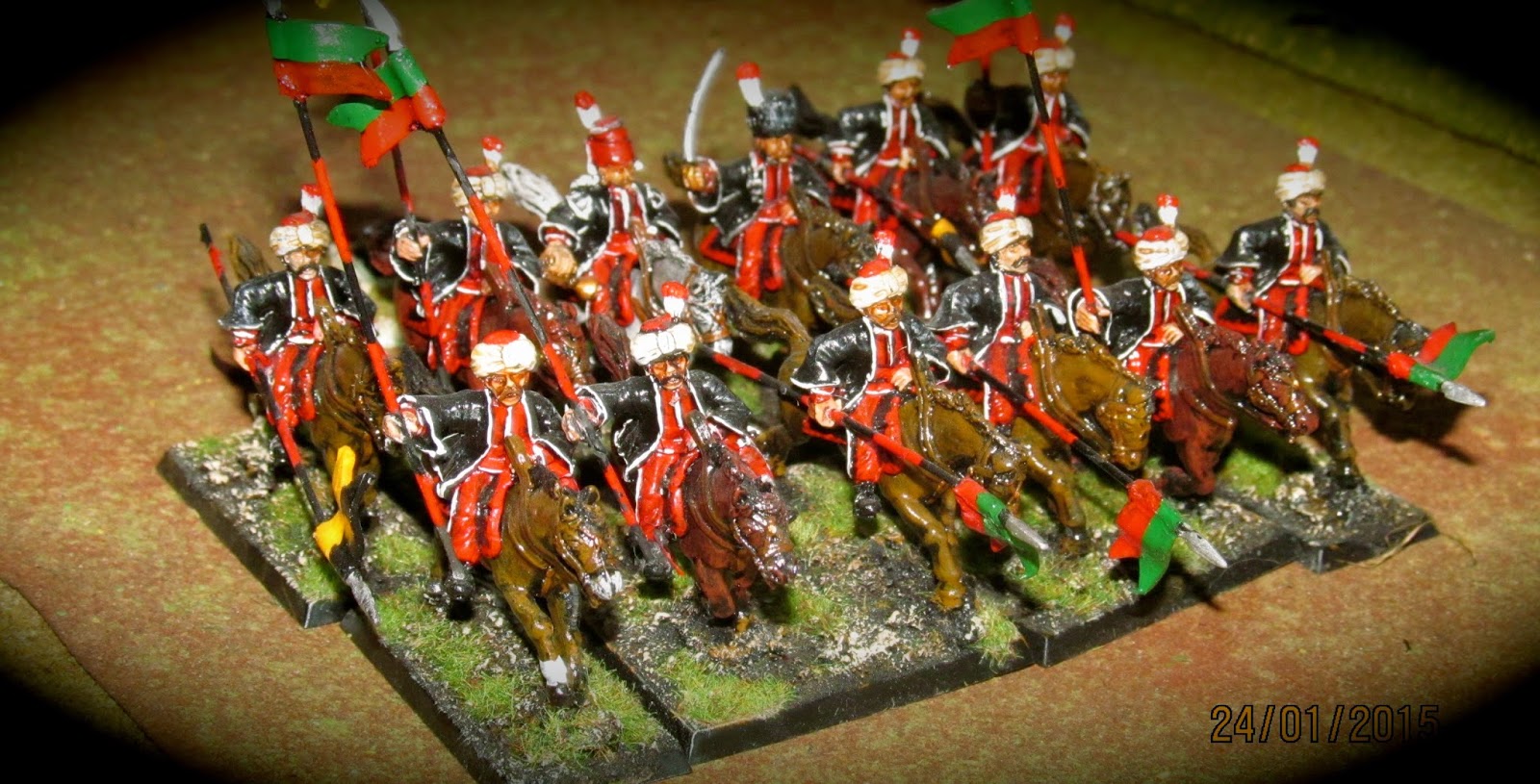 Bosniak lancers, part of the column guarding the supply column but recovering from being shot up by Russian Pandours early in the game.

Oh dear, a tough one. Especially as the poor old Russians entered the table too far from the Prussians to effectively intervene.  Distance, coupled with their rubbish command meant that they would and did struggle to intercept the Prussians.But it was a great game and the Prussian victory was not as  forgone a conclusion as might be suggested by this account.
By Colin Ashton - January 24, 2015