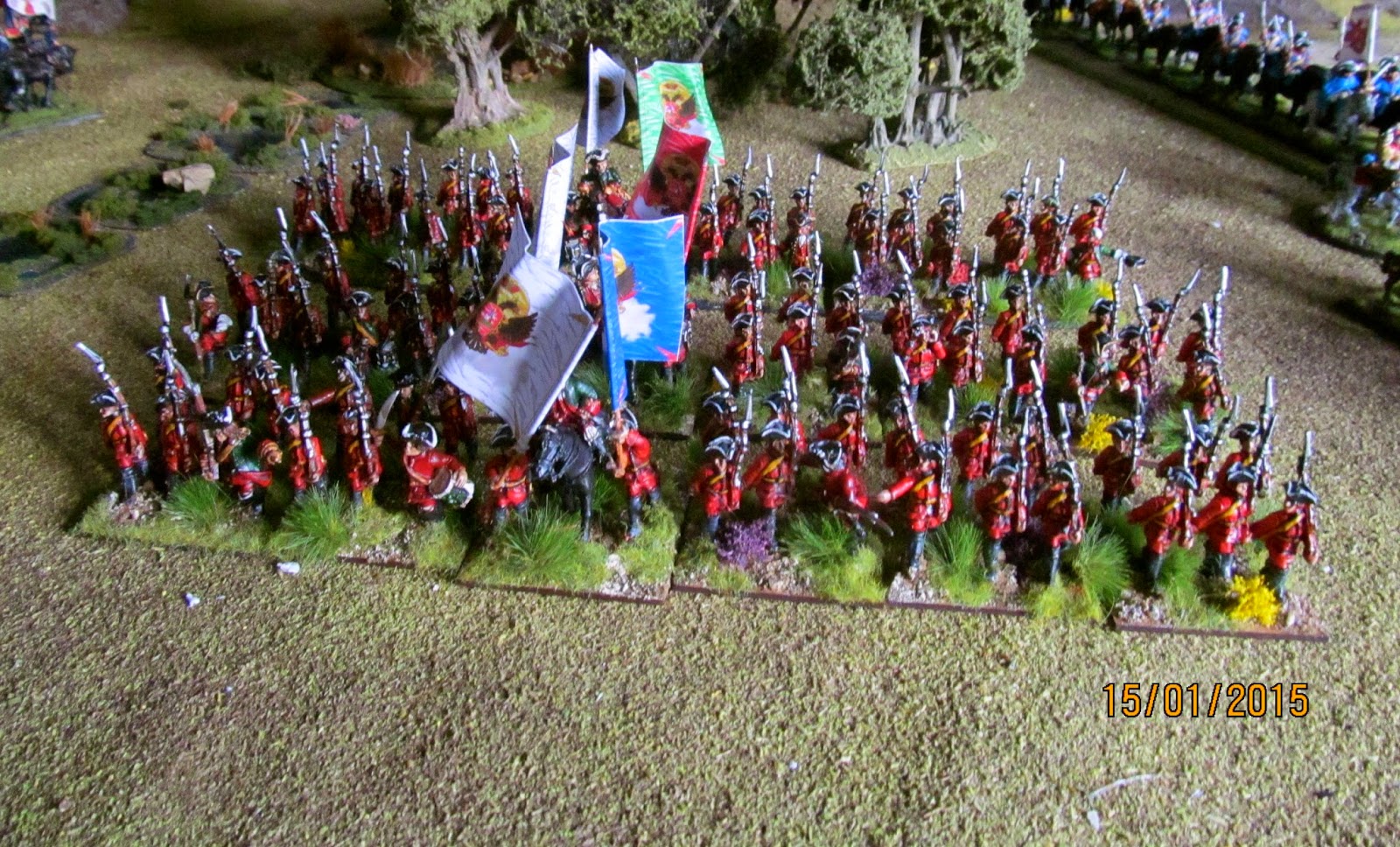 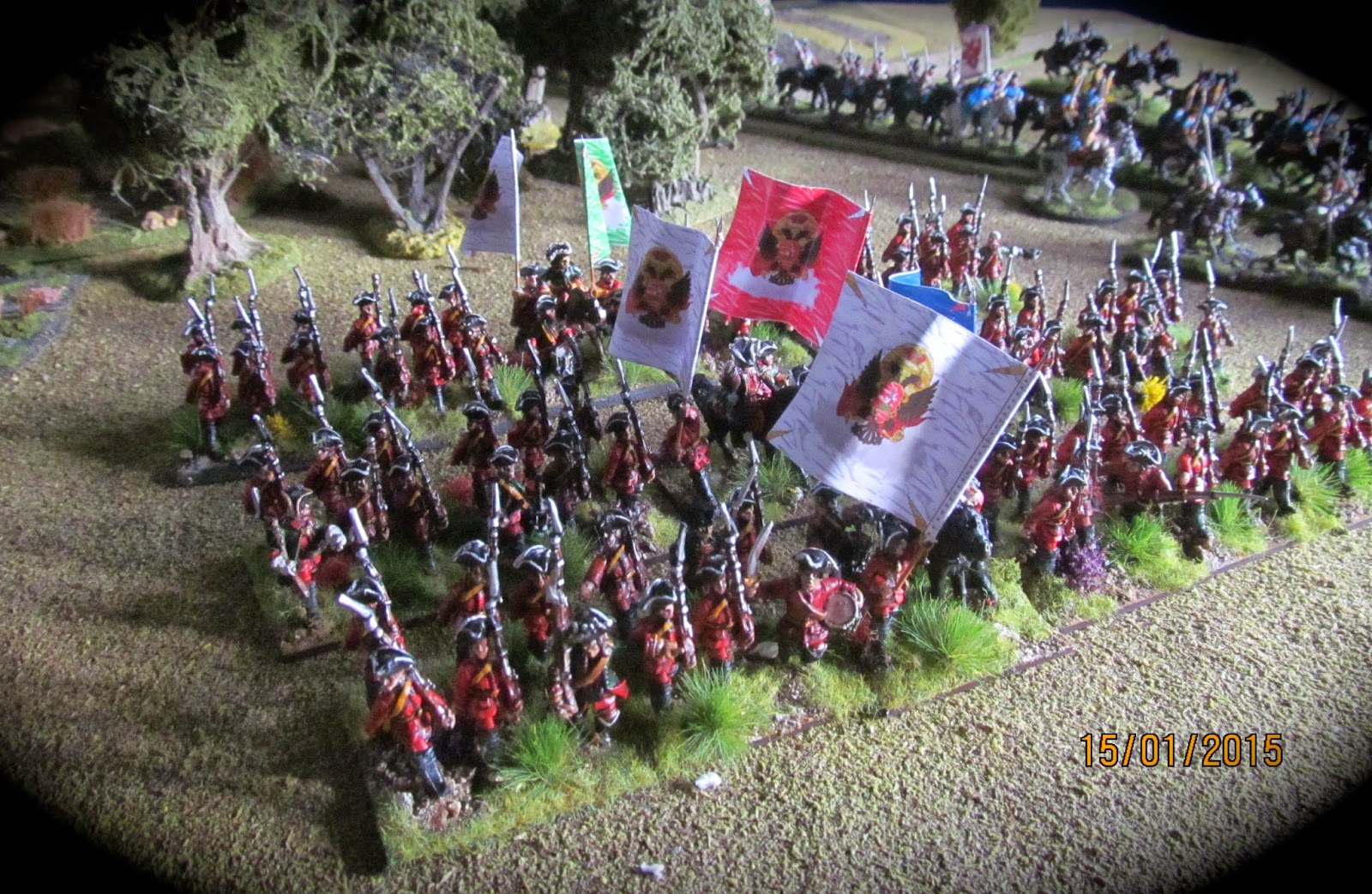 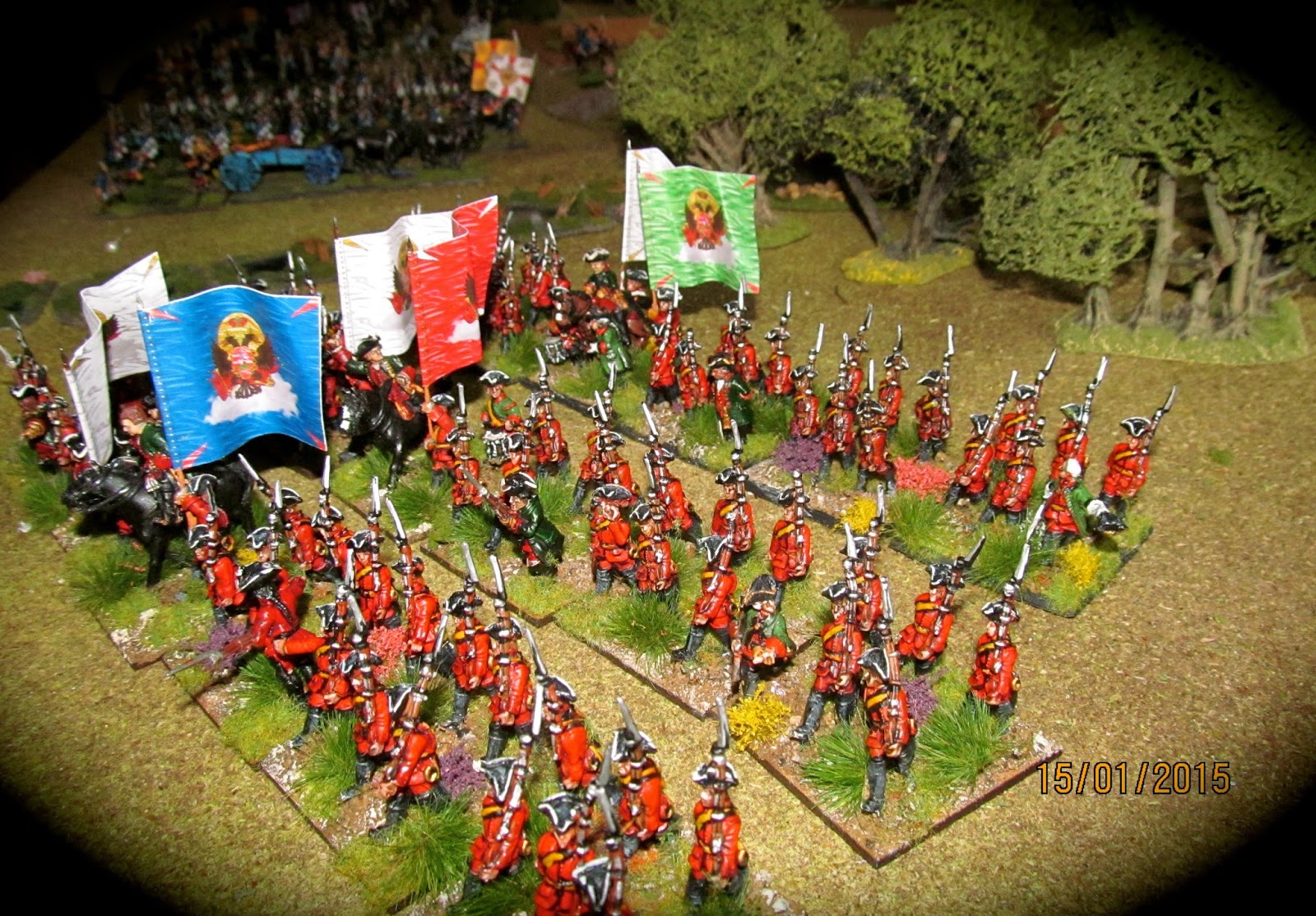 I found these lurking in a box under my table last weekend during a search for a pair of pink furry handcuffs (seriously!). I must have bought them, the figures that is, off eBay quite a few years ago and then put them somewhere safe to finish at a later date. I never noticed them during the great migration downstairs but am glad I've rediscovered them.

My interest in the SYW had waned a couple of years ago and I moved on to other things. Full circle, I am now back 'into' SYW big time so having found them I thought I'd better get them based up. I've not done anything to the paint job other than a very basic tidy up and varnish; they will do ok and the basing matches nicely with my other Russians.

I now have 14 x 36 figure battalions of Russian infantry which is probably enough. The only reason I have more Prussians is because of the variety of uniforms and troop types available which is sadly not the case with the Russians. These are almost all Old Glory with a couple of odd Foundry figures added to make up the numbers. The flags are by Maverick Models.

Making a start on some more Russian Cavalry next; two regiments each of Horse Grenadiers and Dragoons and some more Cossacks.
By Colin Ashton - January 16, 2015