In the mad pre-packing up rush  in September I got yet more Seven Years War stuff ready to base up. They have now been unpacked and based, flocked and tufted and are ready to hit the table. That is just as well as my existing Serbski Hussar unit took some casualties during the building work and needs some repair work doing.

Here are four units of Russian hussars. My SYW cavalry are normally 24 figures strong (at least) but I thought for sake of variety it'd be nice to field four smaller units so I would be able to showcase some of the different uniforms used by Russian hussars. 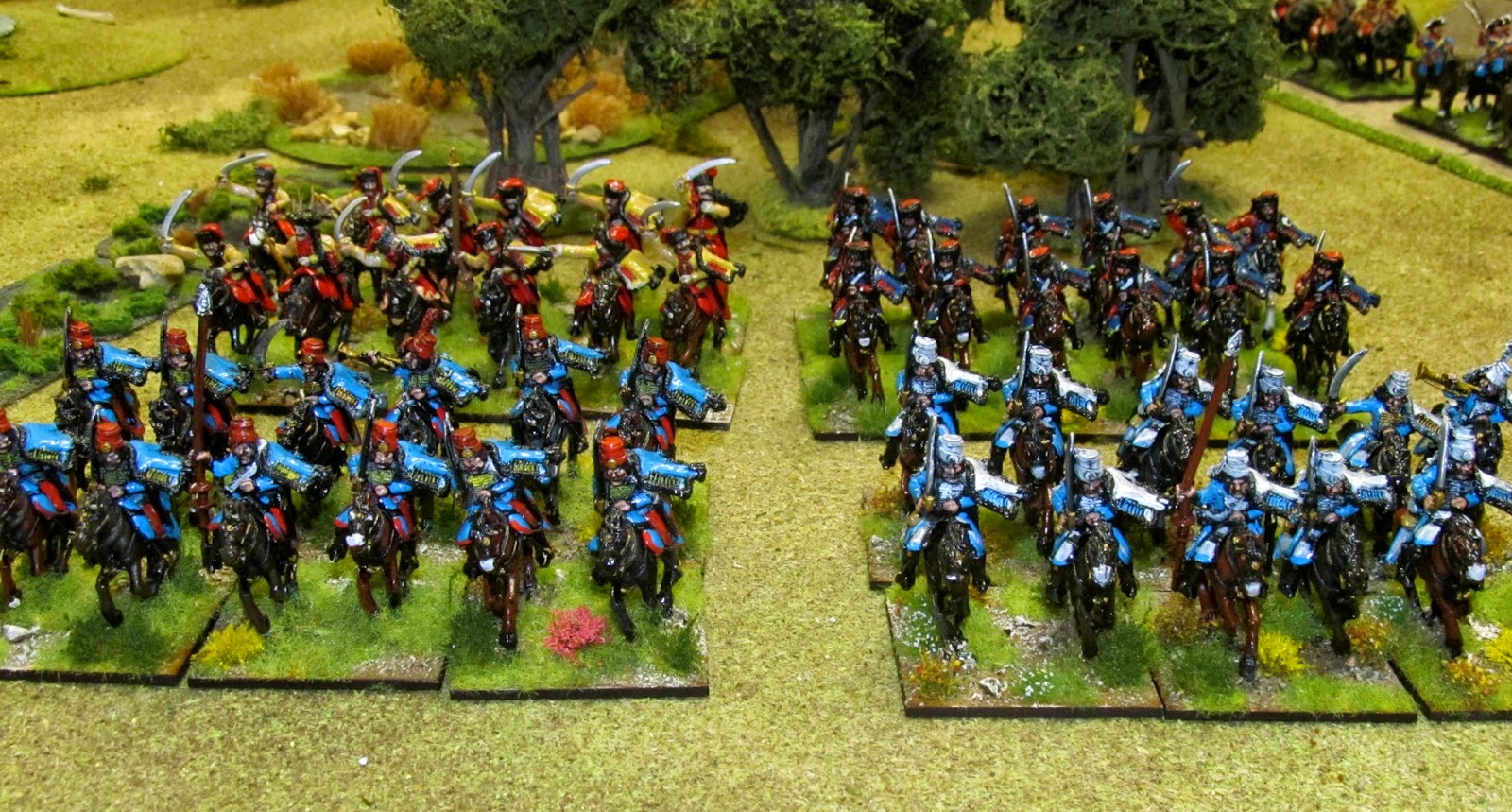 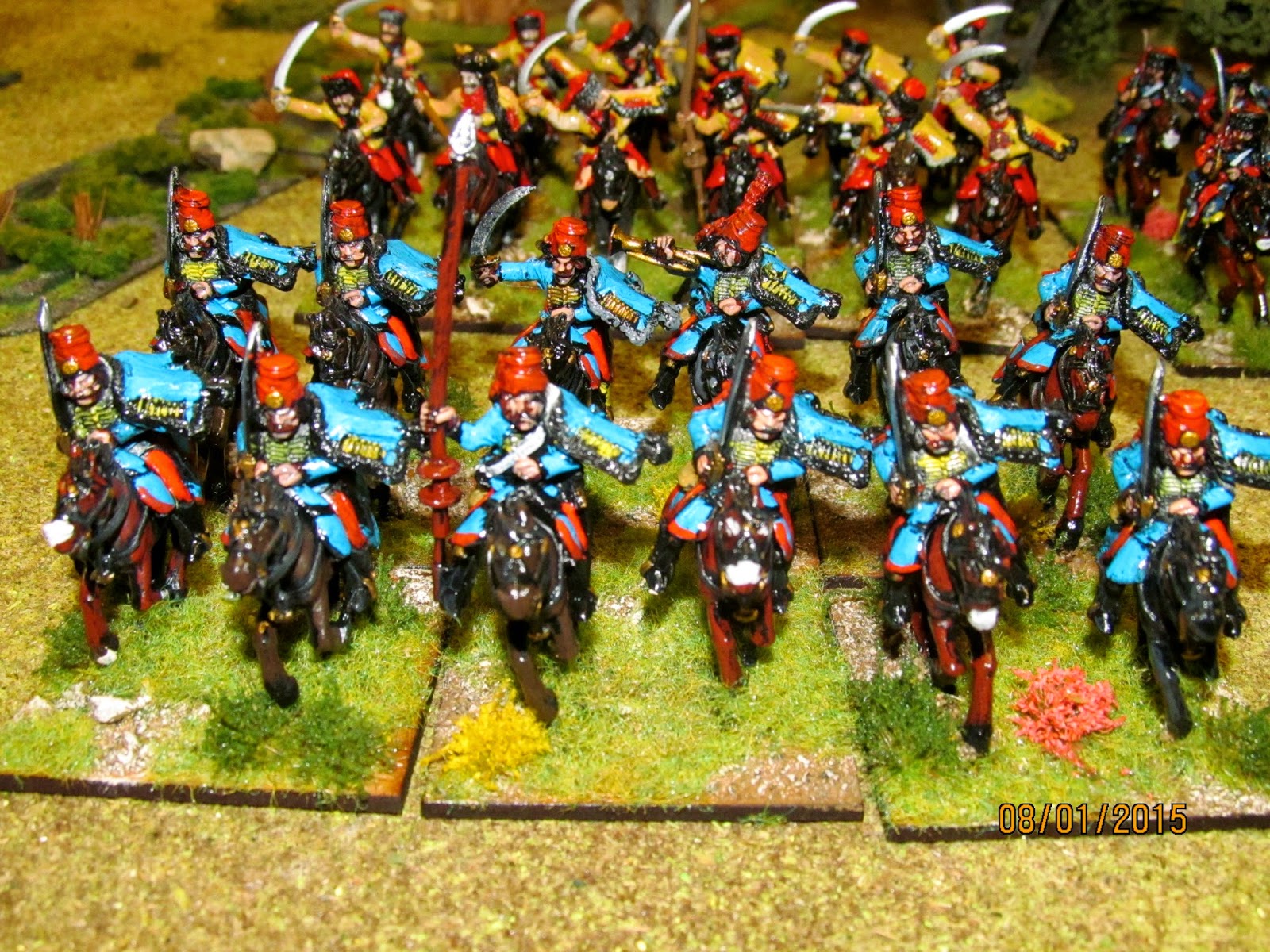 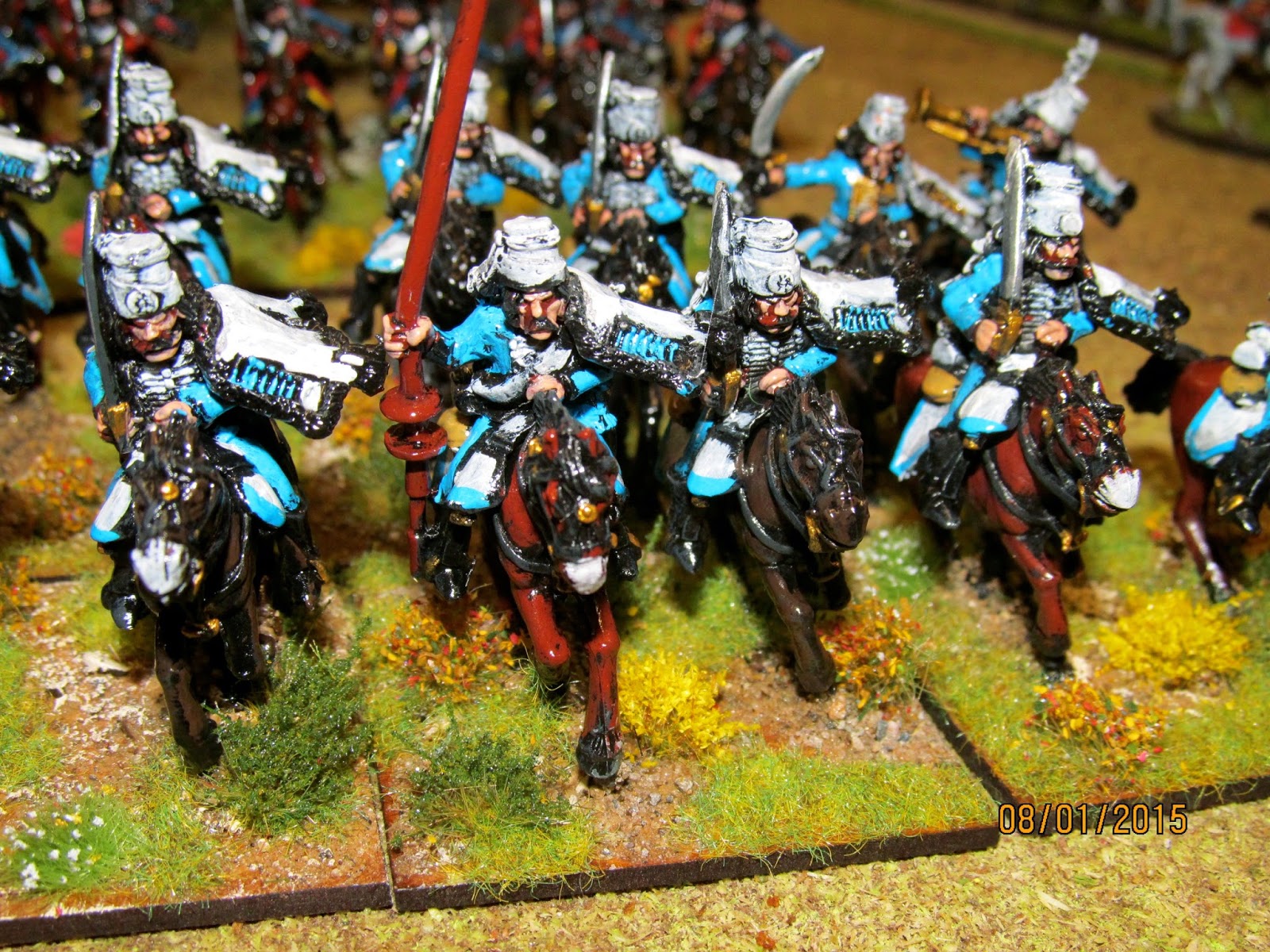 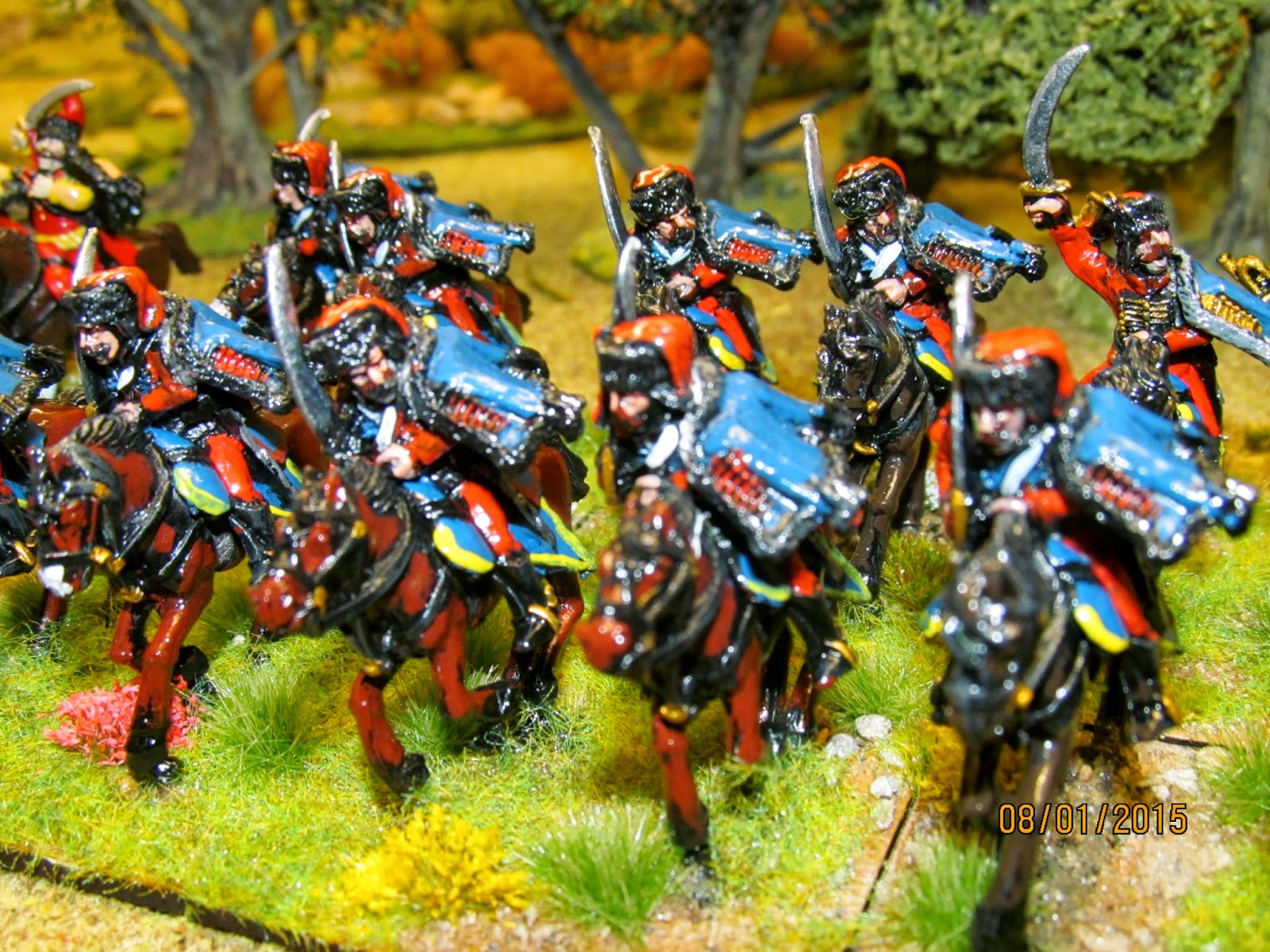 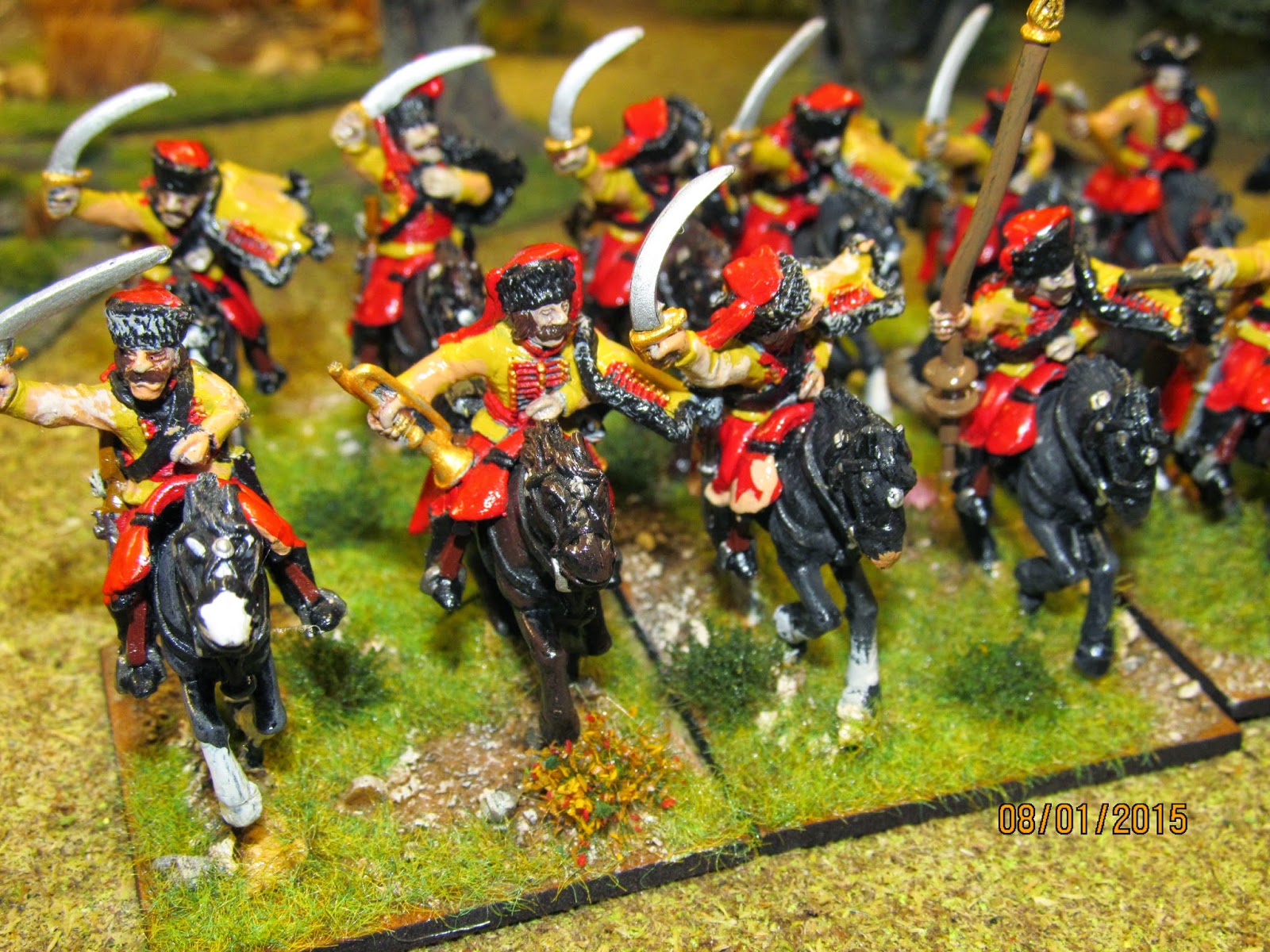