Over a year ago I was ‘chatting’ to Nic of Eureka Miniatures as I wanted to order some stuff to collect at Salute. He sent me some photos and a listing of the start of 28mm Piedmontese for the War of the First Coalition and I was smitten. Most of what I’d planned on ordering was scrubbed and instead I ordered four battalions of these rather lovely figures. They're not cheap but no postage and 30 per cent off made a hell of a difference.

Detaching the grenadiers will give me a four-base unit of combined grenadiers. Obviously I still have to landscape the bases but felt I needed to share these new acquisitions with my reader. 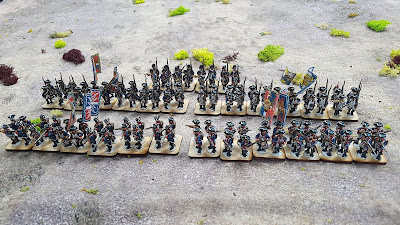 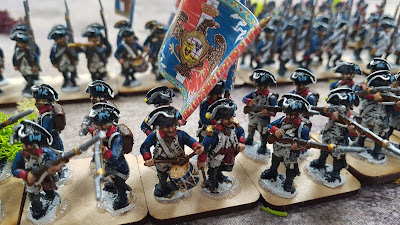 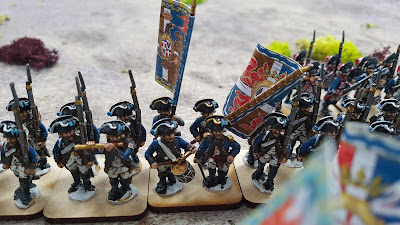 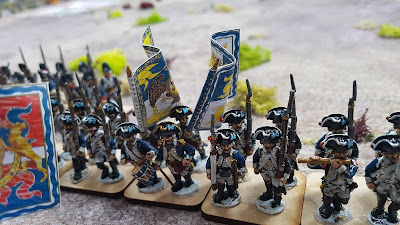 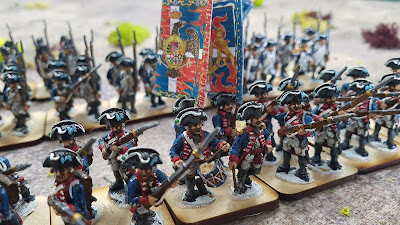 The flags are from Maverick Miniatures. The figures were painted by my mate Barry and will be based up by me.
By Colin Ashton - August 08, 2019