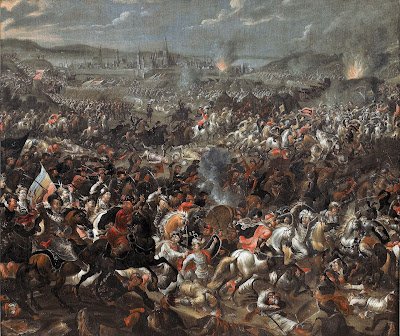 As promised the other day, here is the account of the game we played refighting the relief of Vienna. Can the Holy League drive off the besieging Ottoman army and save Europe and Christendom? To recap, you can look here . The game was split into three distinct phases; the initial attack by the Saxons, Austrians and other Germans on Nussdorf, the arrival of Max Emanuel of Bavaria in the centre with more Imperial troops, then finally the arrival of the Poles. As is normal I shall let the numerous photos of the ups and downs of the battle tell their own story. 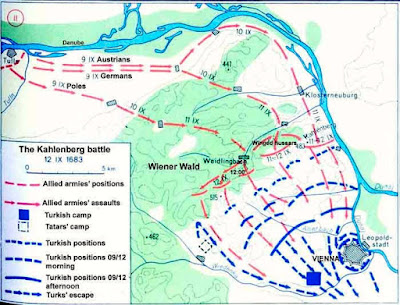 Phase 1: Charles of Lorraine's attack on the Allied left:


Phase 2: Elector Max Emanuel of Bavaria's attack in the centre:

Turn three and the rest of the Germans arrived in the centre. Slowly. It had only taken three moves to demolish the League's assault on Nussdorf but with a bit of good fortune things could improve. Neil was facing a large number of low quality but entrenched infantry, some big cannon and several units of Spahi so he wasn't facing an easy task by any means.


At this point the infantry command in the centre was deemed broken as more than half of its battalions were out of action. In fact four out of six had broken and one more was shaken but still locked in melee with the Azabs. The cavalry however were still a force to be reckoned with. Which was to be just as well as the game entered its final phase.....

To recap, both brigades of Imperial and German infantry, totalling 12 battalions, had been broken, as had the left wing cavalry brigade of six regiments. One large battery of heavy guns had also been abandoned. Still, it couldn't get any worse......could it?

Thankfully it was now turn 6 and time for John III Sobieski to join the fray with rather a lot of Polish cavalry, and some infantry.


What a corker! Early in the game it looked like the Ottomans would destroy the Holy League before the Poles arrived. The League troops and commanders did well and to be honest were incredibly unlucky when it came to break tests, especially Dave as Lorraine. The Ottomans fought well on their right as they did in the centre from behind their earthworks, but poor troop quality for the latter played a part in the final collapse of the army. Poor Shaun and Richard had a bad day, either not being able to move or not being able to stop the Polish juggernaut. The rules amendments and additions worked well, although I do think that Polish Winged Hussars are pretty unstoppable. Then again, they were, and there were not that many of them so maybe thats ok. Unless you were a Turk!

So, a great way to spend a hot Saturday with a massive and spectacular wargame played in a most gentlemanly manner throughout. Thanks to everyone for taking part.

Below are some more photos of the game. Richard and I took lots of photos of the game. Only a small proportion have been included in the body of the post but I've included a fair few more below to help fill in any gaps in the narrative, and because its a shame not to use them. 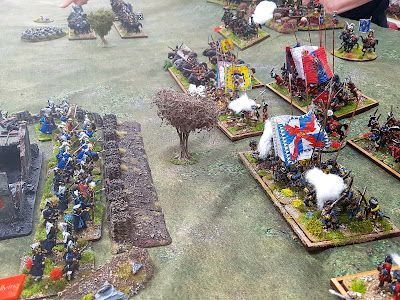 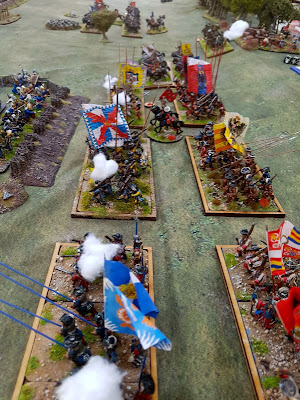 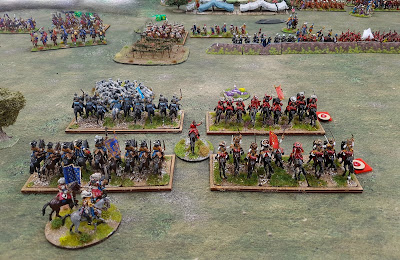 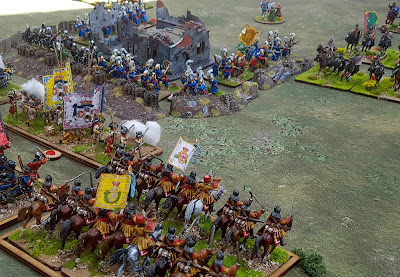 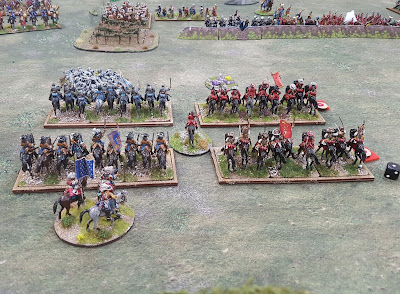 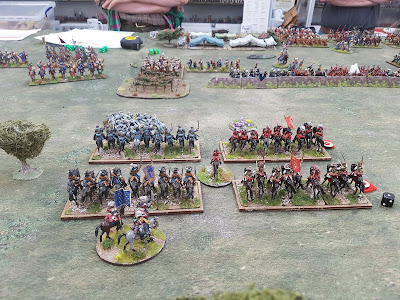 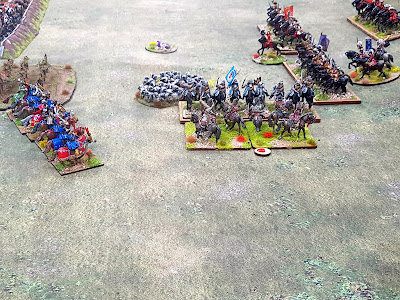 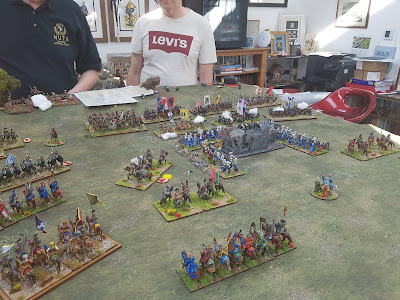 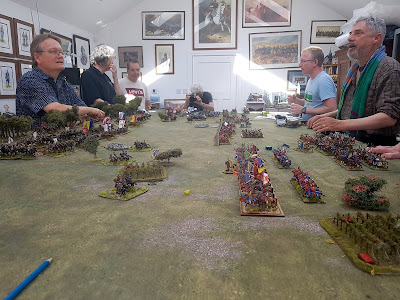 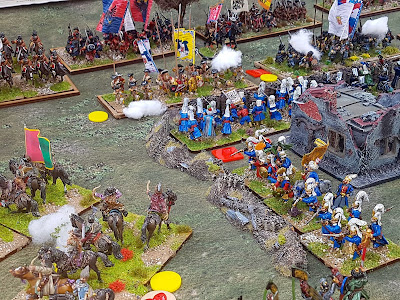 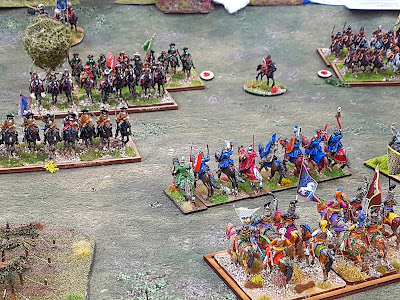 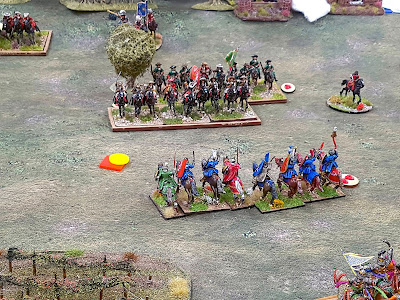 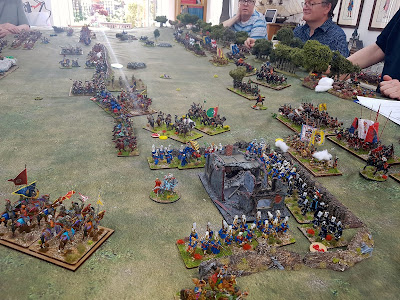 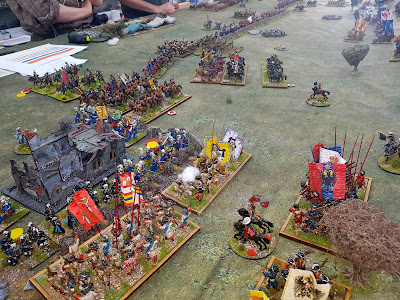 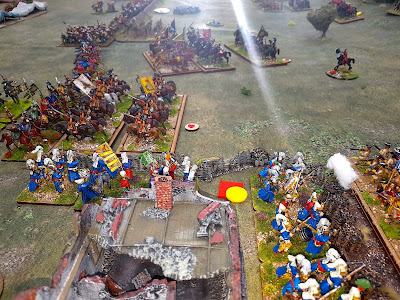 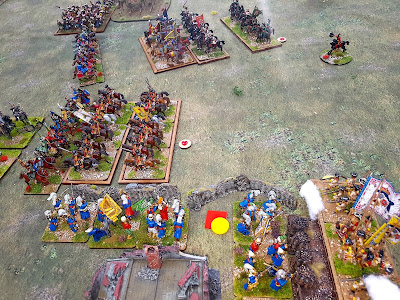 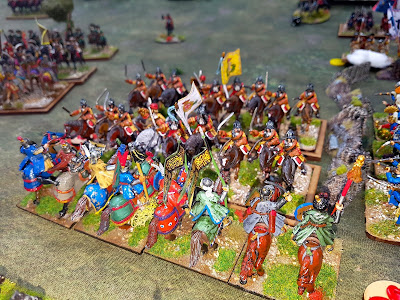 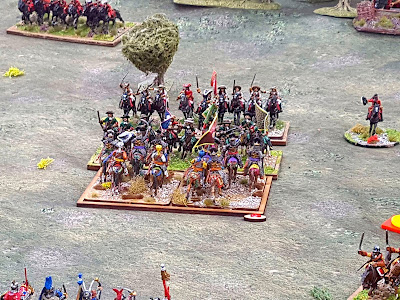 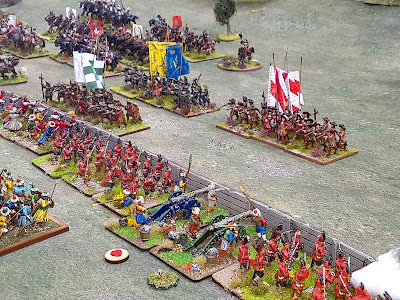 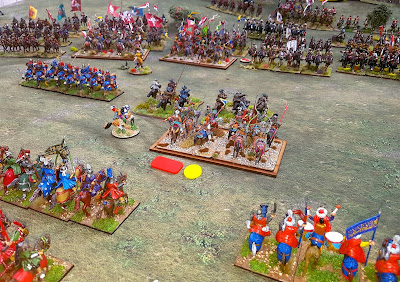 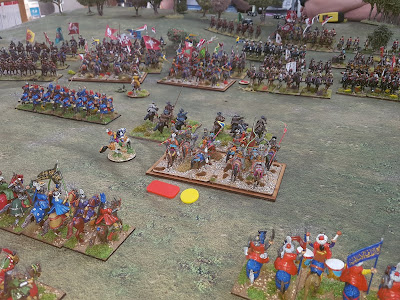 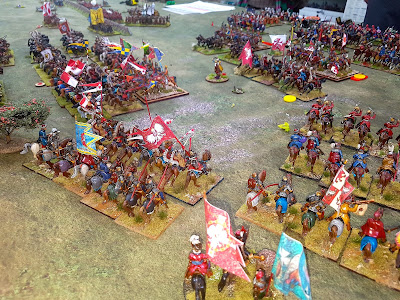 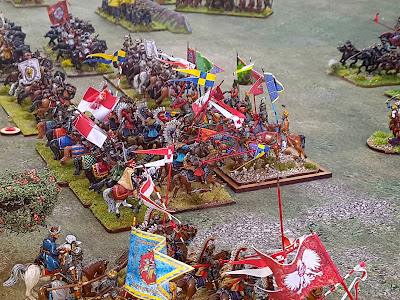 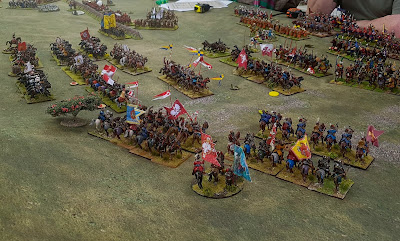 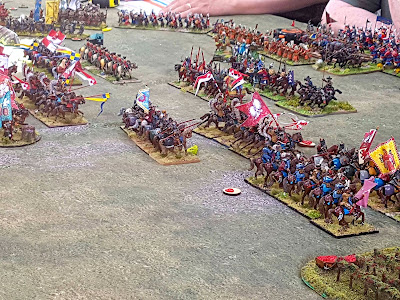 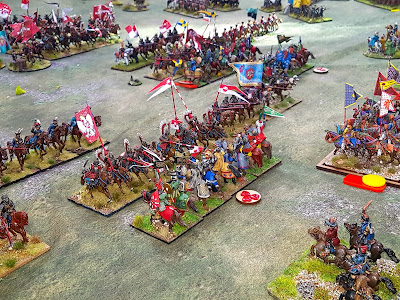