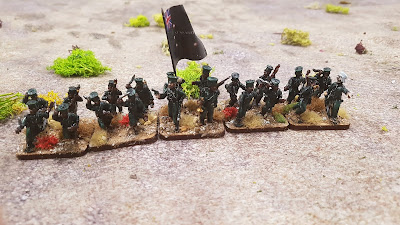 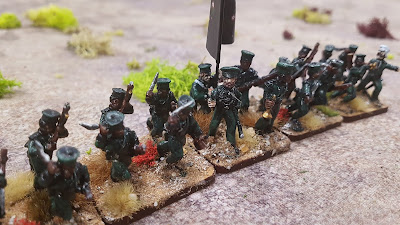 Interestingly at the time of the Anglo Sikh Wars the battalion was not yet armed with rifles and carried colours. Most of these figures are from Old Glory. The European officer on the centre base is by Mutineer Miniatures and the standard bearer is Iron Duke with a head swap.
By Colin Ashton - August 04, 2019