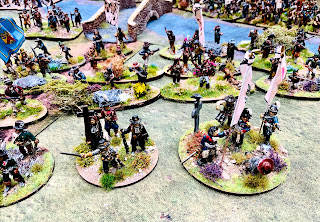 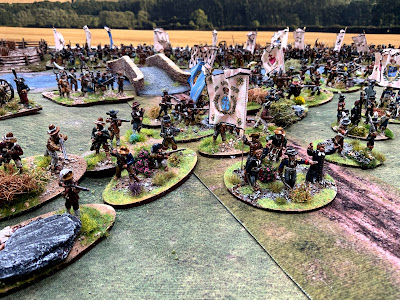 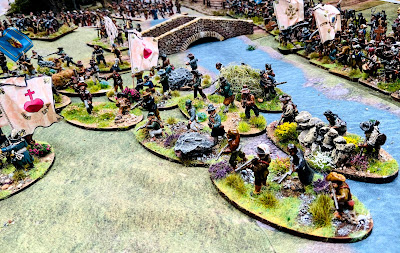 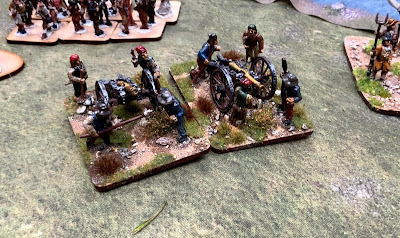 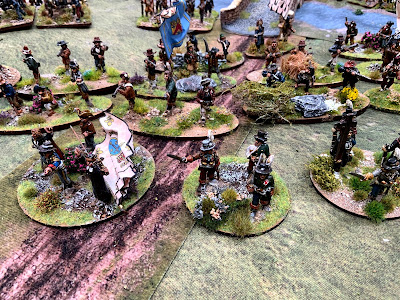 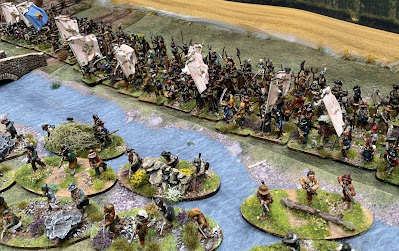 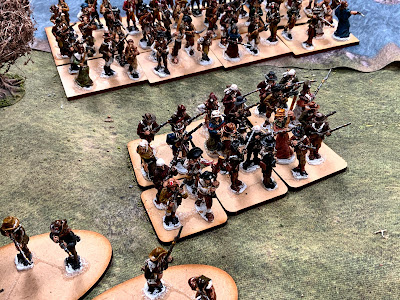 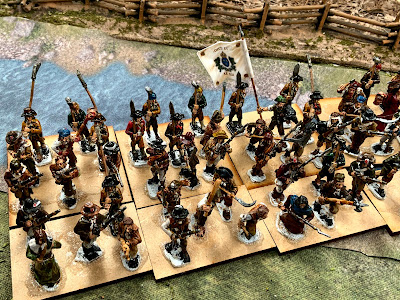 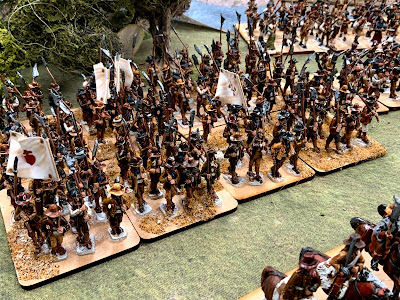 I thought I’d sort out my Vendee collection for the French Revolutionary Wars to see if I needed any more figures. I think the answer to that is a big NO looking at what I pulled out from their boxes today. I painted many of the figures but my mate Barry did the majority of the, but all based and flagged by me. I now also know how many figures need their bases finishing and given extra flags etc; a couple of hours work I reckon in short sessions. There's a right old mix of manufacturers, with Emperor Toad (the majority), Foundry, Foundry clone Casting Room Minis, Gringo and lots from Trent. Some of the figures are technically 'Paris Mob' and others are Sicilian Banditti, but they fit in nicely. There are even some West Wind civilians and clerics in the ranks somewhere. Most of the flags are from The Flag Dude purchased ages ago off Duncan McF at Trent Miniatures. The others are some very nice and newly-produced ones from Flags of war.

The skirmishers are the main missile element of the army; the other units are intended to be mixed in with the pole armed bases. They've only been on the table in penny packets so the prospect of pitting all these against the Republics (far from) finest is beckoning. Click on the photos to embiggen.